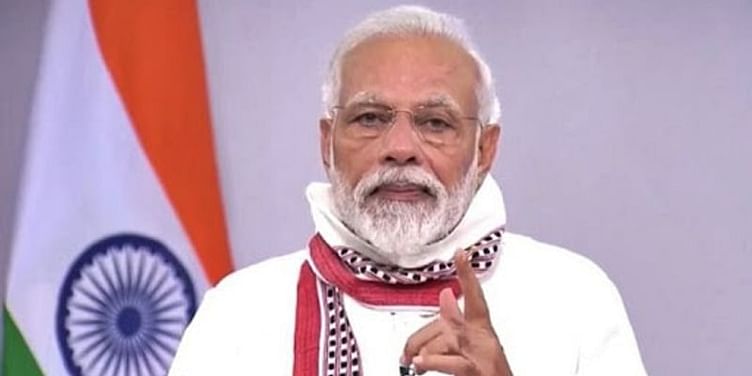 The details of the economic package will be given by the Finance Minister in the coming days, while the PM announced that there will be bold business reforms.

Prime Minister Narendra Modi on Tuesday announced a special economic package to the tune of Rs 20 lakh crore, constituting 10 percent of India’s GDP. He also laid out the roadmap for the country to become self-reliant.

The Prime Minister made this announcement during his address to the nation at 8 pm and also stressed that the economic package will touch all sections of the society, with the focus not just on the business or industry. The package will include cottage industries, MSMEs, and even the hawkers on the street, the prime minister stressed.

The details of the economic package will be given out by Finance Minister Nirmala Sitharaman in the coming days.

On the ongoing lockdown, the Prime Minister said that 'lockdown 4.0' will be based on suggestions from the various states and the details will be told before May 18.

The nationwide lockdown began on the midnight of March 25 and the current phase is expected to end by May 17, though some state government have sought an extension while others asked for certain relaxation. India's coronavirus case count has crossed 72,000, with more than 2,300 deaths reported, according to Worldometer.

The mega economic package is a big welcome relief for the country as business activity had come to a stop following the imposition of lockdown to combat the coronavirus outbreak. There are projections that the country may record just two percent economic growth for the current financial year, or worse, at zero.

The Prime Minister’s economic package is on the lines of what other countries like the US or Japan has unveiled, with their package running into billions of dollars.

“Our responsibility to make India a self-reliant India will be powered by the energy of the 1.3 billion population. With new energy and new determination, we need to move ahead,” the Prime Minister said.

As an example, the Prime Minister said, the country, which had been importing personal protective equipment (PPE) and N95 masks before the advent of coronavirus, had now reached a stage where two lakh units are locally manufactured every day.

On the current pandemic of coronavirus, the Prime Minister said the nation will have to recognise that the virus is here to stay for some time, however, India has to move ahead while also saving lives.

The Prime Minister also said there are five pillars of the model of self-reliance: economy, infrastructure, systems, demography, and demand.

He said the government will put in the best efforts on improving the economy, infrastructure and creating systems, while exhorting people to buy locally made products.