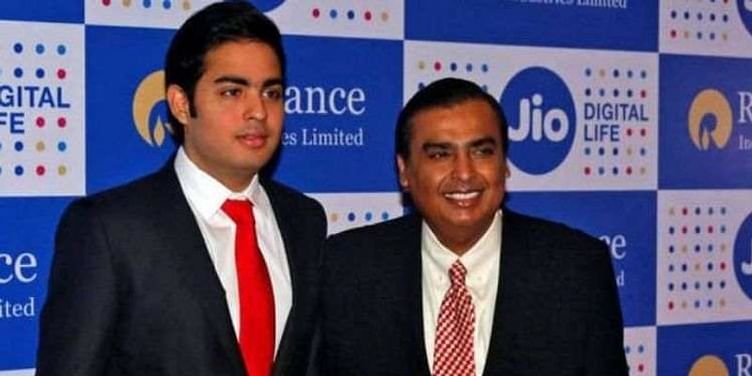 Vista Equity Partners has acquired 2.32 percent stake in Jio Platforms for an estimated $1.5 billion (Rs 11,367 crore), becoming the third largest shareholder in the company after Reliance and Facebook.

Interestingly, the partnership was fuelled by the Gujarati connection between the Ambani family and Vista's Co-founders Robert Smith and Brian Sheth (who's half-Indian). Conversations were also carried out by senior Vista executive Monti Saroya (who is also Indian-American) and Reliance's Manoj Modi (a close aide of Mukesh Ambani).

"Like our other partners, Vista also shares with us the same vision of continuing to grow and transform the Indian digital ecosystem for the benefit of all Indians. They believe in the transformative power of technology to be the key to an even better future for everyone. In Robert and Brian, whose family hails from Gujarat, I found two outstanding global technology leaders who believe in India and the transformative potential of a Digital Indian Society."

Vista is a global investment firm focused on growing enterprise software, data, and technology-enabled companies that are catalysts of change. It has more than $57 billion in cumulative capital commitments across the world.

“Mukesh’s [Ambani] vision alongside Jio’s world-class leadership team have built a platform to scale and advance the data revolution it started. We are thrilled to join Jio Platforms to deliver exponential growth in connectivity across India, providing modern consumer, small business, and enterprise software to fuel the future of one of the world’s fastest growing digital economies.”

Jio Platforms is increasingly being courted by foreign investors as the company endeavours to become net-debt free this year. Reliance Industries started restructuring its group companies in late 2019 to pave the way for strategic investments in its telecom, retail, and petrochemical businesses.

Prior to this and the Silver Lake deals, Facebook had invested $5.7 billion for a 9.99 percent stake in Jio Platforms, becoming its largest minority shareholder.

Equity analysts believe that recent investments have taken Jio closer to a prospective IPO. Reliance plans to dilute as much as 20 percent equity stake in Jio Platforms.

"Jio's intent here is clearly three-fold: debt reduction and overall profitability; equity dilution at tech valuations; and sentiment uptick with global names. Jio Platforms should, in theory, get listed sooner than later – and that should dramatically change valuations."

The Jio-Vista transaction is subject to regulatory and other customary approvals.

Morgan Stanley was the financial advisor to Reliance Industries, while AZB & Partners and Davis Polk & Wardwell acted as legal counsels.