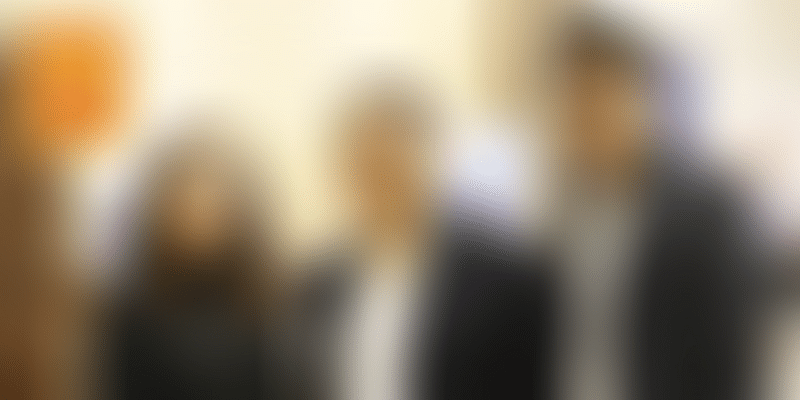 Based in Jodhpur, Marwari Catalysts itself has invested in several startups, across education and food, with an average ticket size of Rs 25 lakh to Rs 75 lakh.

Founded in 2019 by Sushil Sharma, ﻿Marwari Catalysts﻿ is a team of startup mentors and investors who aim to inspire, encourage, and mentor new entrepreneurs from Rajasthan’s Marwar region, as well as build a self-sustaining ecosystem for them to grow and learn from each other.

Marwaris – a colloquial term used for people who hail from the Marwar region – are a strong business community in Northern India, whose skills have been honed by generations of businessmen and traders, as well as their ability to thrive in a geographical region with scarce resources.

Most of the businesses located there are traditional, age-old and well-established enterprises that have been largely doing the same things they did when they were set up at least 50-years ago.

“Marwaris are determined and calculative risk-takers, with smart ways of hedging their risks. However, traditional families from Marwar regions do not actively interact with the startup ecosystem,” says Sushil, who started the venture after recognising that there was a lot of talent and potential in startups that were born in Tier-II cities in India.

Marwari Catalysts today serves as a link between a startup and potential investors. It provides resources such as coworking spaces, product development services, and networking opportunities without any abutment from the government. Its incubation centres are located in Jodhpur, as well as in neighbouring districts including Pali, Balotra, Barmer, Jaisalmer, and Nagaur.

Connecting Marwaris across the globe is the ultimate focus of Marwari Catalysts.

The venture helps entrepreneurs convert their ideas to successful businesses by connecting them with mentors who could help them with business planning, developing their products, raising funds, liaising with industry contacts and marketing or selling.

The company itself has invested in several startups, across sectors such as education and food, with an average ticket size between Rs 25 lakh and Rs 75 lakh.

Some the startups in its portfolio include Yearbook Canvas, The Book Café, DreamTeam, SoulCraft, Startup Chaupal, Unimedia, Mentor Kart, FreshWoof, My Car Buddy, Wow-Uniform, Urja Utsav and Online Freelogo, among others.

Initially, the team wanted to focus only on Rajasthan-based startups, but they now incubate and invest in startups that have at least one founder from Marwar.

Besides helping startups raise funding, Marwari Catalysts is known for its business developing capability, generating business leads, and leveraging its network across the globe through its partners.

Currently, the incubator has a network of over 35 angel investors. It has a core team of 10 employees, including a research team, and more than 10 advisors who look after investments and incubation.

Marwari Catalysts aims to position itself as a company that helps others succeed. It especially looks to help new and young startups, and maybe in the market for some mentorship and expert advice.

“Young brains are becoming progressively involved in building and accelerating the startup ecosystem. This new culture can be a game-changer for the youth who has got the power of ideas, ambition and ability,” says Sushil.

“Marwari Catalysts invests both money and trust in the companies and people with distinctive business ideas and passion to change the world. We invigorate new ideas, and help promising entrepreneurs fulfil their dreams by adding wings of proper funding and resources,” he added.

Sushil picked Jodhpur as headquarters due to its reputation as an educational hub. The city houses prestigious institutes such as IIT, AIIMS, NLU, NIFT, and FDDI, among others.

“We are giving our best contribution to our country for a ‘sustainable economic’ boom,” says Sushil.

The venture has now set its sights on bringing some international investors to the Marwar region, and work on creating the next Indian unicorn. The company has set up offices in Mumbai, and will open one in Bengaluru, and Singapore soon.