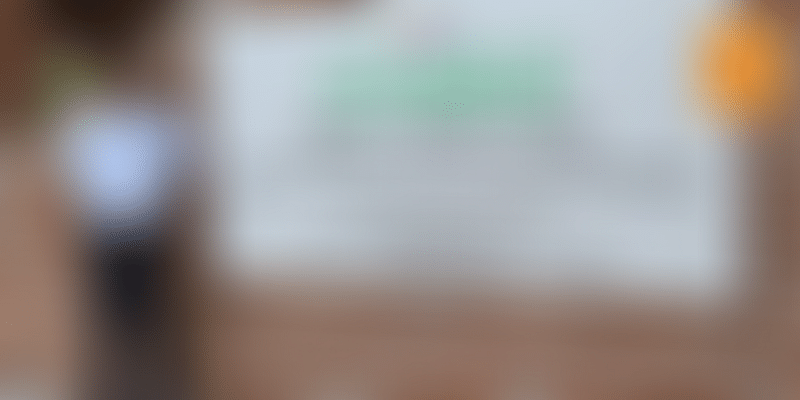 Gujarat, with more than 236 operational startups, is a booming startup ecosystem. The state was ranked the “best performing state” in the National Startup Ranking for 2018, according to a recent report of NASSCOM and consulting firm Zinnov.

Helping the state find place at the startup table is the Centre for Advancing & Launching Enterprises (CrAdLE), the Technology Business Incubator (TBI) hosted by Entrepreneurship Development Institute of India (EDII).

"We have been in operation for three and a half years now. We have a target of supporting at least 10 big startups and another 15 startups at a point of time,” says Mayank Patel, CEO, CrAdLE.

With an aim to boost the ecosystem, the government of Gujarat had in 2018 announced that it would support 2,000 startups in the state by 2021. This announcement was made at a Vibrant Gujarat Startup and Technology Summit held in Gandhinagar.

Around 21,900 enterprises were set up by beneficiaries trained under the EDII’s Micro Skillpreneurship Development Programme (MSDP) in the past five years.

The institute, as part of the Skills to Succeed 2020 Goal, trained more than 32,900 beneficiaries across states, including Tamil Nadu, Kerala, Karnataka, Andhra Pradesh, Telangana, Maharashtra, Madhya Pradesh, Goa, Uttarakhand, Assam, and Puducherry during 2015-16 and 2019-20. The programme was developed to encourage entrepreneurship among marginalised communities.

CrAdLE has chosen Gujarat as a focus area as the team wants to reach startups and engage them effectively. The incubator focuses on startups in manufacturing, healthcare, renewable energy, food, and agri sectors, and offers support with business plans, mentoring, fund-raising, networking with investors, and more.

The incubator has supported close to 45 startups till now. “Of these, we believe that at least eight startups have the potential to scale into large businesses,” Mayank says.

The incubator provides an array of workshops, courses, and mentorship programmes to provide the knowledge and skills necessary to develop and execute an effective business plan.

It aims to foster technology and knowledge-based entrepreneurial startups by nurturing them at an early stage and helping them overcome teething troubles by providing legal, financial, and technical services. It aims to help the economy grow by nurturing the most innovative technology-based ideas.

The current thrust area is clean tech. “We believe that tech innovation can help solve many problems in the space. These ideas also have the potential to scale in the market,” Mayank says.

What does CrAdLE look for?

“There has to be some kind of technology innovation in the idea. That is the first requirement that we look at; we also look at the founders’ background, their education, experience, and other aspects,” Mayank says.

The incubator also checks if the team displays the viability to execute the idea into a viable product/service.

Challenges of startups beyond metros

The startup ecosystem in Gujarat has started to pick up in the last two years, courtesy the many incubators and awareness programmes.

The startups that CrAdLE supports are mainly from Ahmedabad and Gandhinagar. However, the incubator mentors startups from Vadodara, Surat, Rajkot, and Kutch as well.

“There is immense potential for startups to emerge from Tier II and III cities. My interaction with entrepreneurs has been tremendously positive, and I believe we have a good number of startups coming from these cities. These founders are focused on solving problems using technology,” Mayank says.

The two main challenges startups in smaller cities face are in terms of hiring and funding.

“Funding is largely confined to Bengaluru, NCR, and Mumbai. Startups in cities like Surat, Vadodara, and even Ahmedabad have to put in significantly more efforts to draw the attention of angel investors and VCs,” he says.

The state government has stepped in to solve this dearth of investment. It regularly conducts awareness programmes and provides funding with a ticket size of Rs 10-25 lakh, which is often not generally considered by angel investors or VCs.

However, Mayank says angels and VCs across India have started realising the potential of Gujarat startups. Many angel network representatives routinely visit Ahmedabad now, he says, adding that CrAdLE hopes that they will start visiting other cities soon.

“Entrepreneurship has become a serious career for young graduates. And working in a startup is also no longer considered risky. A couple of years down the line, I am sure Gujarat will also have a few startups that will be the poster boys for the Indian ecosystem,” Mayank says.

Clearly, the hand that rocks the CrAdLE aims to rule the startup world!