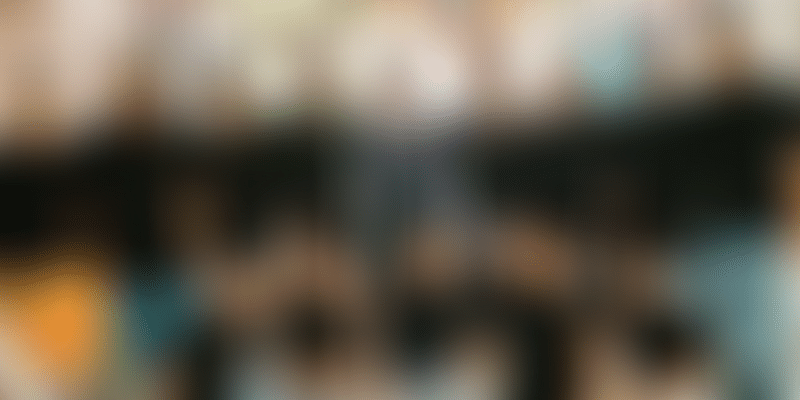 Indore-based AP Solar Works is among the startups working to make this a reality. The renewable energy and cleantech startup provides cost-effective solar solutions to make people self-dependent for their power usage. It allows people to generate their own electricity through the installation of its solar panels.

Speaking to YourStory, AP Solar Works Co-founder Akshay Gupta said, “ We are promoting the use of renewable energy as India still depends on conventional sources such as coal, which is not only depleting but also creates pollution. Apart from this, electricity continues to remain a problem in several villages and districts in India. People also face problems such as frequent load shedding, unstable power and high charges.”

The startup is into designing, consultancy, and EPC (Engineering, Procurement and Construction) of solar power plants. It procures parts from across India and other countries such as Korea, Germany, and US, assembles them depending on client requirements, and installs the panels.

“This is both a B2B and B2C product. Individual households or organisations can install the solar rooftop panels and generate electricity for themselves. They can also sell the excess electricity to their DISCOMs (distribution company),” Akshay said.

On basic requirements, Akshay said one needed a clear, shadow-free rooftop to install the panels. The company provides users with structures to mount the panels on rooftops.

Users need to get permission from their DISCOM, which will sanction a certain capacity of electricity that can be produced. Following the installation, the DISCOM will once again check if the users have installed the machine with allowed capacity and correct technical standards.

“A minimal amount needs to be paid to the DISCOM, which depends on the size of the project. For instance, the fees for panels installed for commercial or industrial purposes can go up to Rs 10,000 while domestic projects charges are somewhere between Rs 3,000-4,000,” Akshay said.

“Solar panels produce direct current (DC) power, which cannot be used. An inverter is placed along with the panels; this converts the power to usable alternating current (AC), which is then sent to the main power grid of the house, office or factory to power the entire place,” Akshay explained.

Akshay added that a bi-directional meter also needs to be installed at the premises. This can track electricity surplus, which can be sold by users to DISCOMs.

“Users need to download our mobile application on their cellphones. This will keep them updated about the performance of their systems.”

According to Akshay, a domestic project can cost up to Rs 2.5 lakh while industrial projects can go up to Rs 20 lakh.

AP Solar Works has offices in Indore and Bhopal, and provides services in Madhya Pradesh, Maharashtra, Rajasthan, and UP through its dealer network.

When asked why the cleantech startup is headquartered in Indore, Akshay said, “Indore is my birthplace, and I have seen the city grow and evolve. It has the potential to boost any business that starts here.”

The company, which began with an investment of Rs 70,000 from personal savings of the founders, is now clocking in yearly revenue of Rs 3.5 crore, Akshay claimed. He added that AP Solar works has executed over 300 projects till now, with 17,000 units of electricity produced per day.

However, the current coronavirus crisis and lockdown is affecting business, said Akshay, as the installation of the panels need the team to work on the sites.

According to Akshay, the startup is now in talks with undisclosed investors for raising its pre-Series A funding.

He added that the company planned to expand its services in UP, Chhattisgarh, Bihar, Jharkhand, and Telangana.

“We are aiming to clock Rs 100 crore yearly revenue within the next three years,” Akshay said.