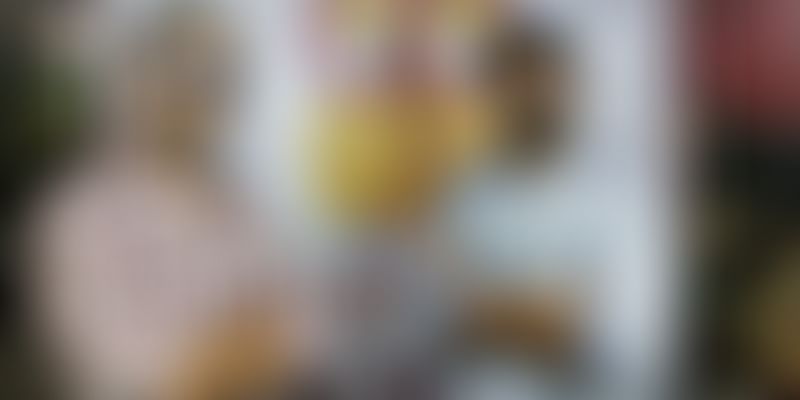 Most of the rural population in India cannot afford quality eyeglasses. While brands like Lenskart and Ben Franklin serve urban centres, rural markets do not have access to decent eyewear.

To address the gap of improving accessibility of affordable eyeglasses across Tier II, Tier III, and Tier IV cities and towns, Shivi Singh and Saurabh Dayal started ClearDekho in December 2016. It is a budget eyewear brand, which blends both online and offline shopping experiences to provide standardised and consistent affordable optical solutions to consumers.

“The company aims to standardise unorganised optical market in rural areas and provide high-quality eyeglasses for just Rs 500 through both online and offline channels,” says Shivi Singh, Co-founder of ClearDekho.

The co-founders have been friends since childhood.

“We have always been entrepreneurial in our approach and used to have plenty of discussions on businesses, new technologies, and startups. We discussed plenty of problems and their solutions like recycling waste and car servicing,” says Shivi.

Shivi previously worked with Warby Parker's India Program (VisionSpring) and led partnerships and strategic alliances to conduct eye screening projects for the bottom of the pyramid population living in Tier IV and V cities and rural parts of India. It was during these trips that Shivi was exposed to the real problems of low accessibility and non-availability of affordable eyeglasses for the rural households.

Shivi also handled sourcing of products from the Chinese market where he learnt the enormous margins the product fetches. After travelling to small towns and cities for nearly five years and delivering glasses to the low-income population, Shivi was determined to help people living in the low-income bracket to get easy accessibility to high-quality affordable eyeglasses. He then joined hands with his friend Saurabh and started ClearDekho.

Saurabh has eight plus years of experience working in the technology sector with successful stints at Wipro, HCL, and Paytm. He led the travel segment at Paytm and had good exposure to payments and the ecommerce ecosystem. He also closed partnerships with 100 plus top brands for Paytm. Saurabh now leads business development, new store opening, and retail sales at ClearDekho.

Some eyeglasses available in the market are expensive and out of the budget for a majority of the rural population. The average annual disposable income of low-income mass consumers is around Rs 3,500, and eyeglasses become the last priority because of high cost.

Eighty percent of the optical retail market in India is highly unorganised and non-standardised, which results in inconsistent service to consumers.

“The eyewear industry in India is growing at 30 percent CAGR, and it is shocking to know that there is only one store available for 70,000 people in India,” says Shivi.

Since majority of the market is unorganised, the supply chain runs through regional distributors and stockists, while customised eyeglasses are being sold to the consumers directly.

There are few players in the segment like Lenskart, Titan Eye+, and Vision Express, who have organised retail setups catering to Tier I audience where the supply chain runs through China, and very few brands have their own manufacturing setup. However, the focus is on Tier 1 markets with company-owned stores being the prime focus, which separates them from ClearDekho, where the core belief is to work closely with the ecosystem.

ClearDekho has an O2O (Online 2 Offline) business model where it focuses on providing high-quality affordable eyeglasses to consumers through both online and offline channels. The startup has a website through which it operates an online marketplace, which lists eyeglasses from multiple sellers. The company lists all optical goods like frames, lenses, contact lenses, and accessories.

Customers can browse through frames on the website, select the frames as per their choice and size requirement, choose lenses as per features, pay for the product and enter prescription to get the glasses made and delivered to their doorsteps. The company earns per each order and levies shipping charges on the consumers.

Franchise owners invest one time CAPEX in the store, which the company uses to get the store made from scratch, including furnishing, eye testing equipment, software, and branding. The company signs a legally binding and lockable franchise agreement with franchise owners through which it controls all operations and finances of each franchise store.

The company has a three-tier revenue model: One time franchise fee for every new franchise store being opened, and 10 to 20 percent royalty over monthly sales of each franchise store.

“Like other businesses, we too struggled with initial sales and first partnership. We got customers through online channels initially, but getting customers through offline channels was difficult. We tried a different approach to promote our brand and stores by putting small kiosks at the weekly vegetable markets, which was difficult initially, but gradually it helped us become a household name in specific localities. I still remember making a customised prescription eyewear for a customer for Rs 1,500, which was a big validation for us. Getting our first franchise was not easy,” says Shivi.

Both founders have invested Rs 18 lakh from their own money.

ClearDekho has raised two rounds of funding so far. One of the angel investors is Anand Chandrasekharan, who was formerly with Snapdeal and Facebook. The startup said it will be announcing a large round soon.

The challenges and plans ahead

“We are focussed on the Indian market currently, and want to expand to developing nations. Initially, the absence of an eye testing facility in our online channel was a big issue,” says Shivi.

Pivoting to offline was also not easy as getting their first franchise was difficult. Also, doing the initial level of marketing and building trust to get customers to offline stores was also a challenge for the startup. Hiring has been a constant challenge and it has been a huge exercise as the business is dependent on qualified trained optometrists and domain specific workforce.

The product requires eye testing as a mandatory prerequisite, but online medium doesn’t have the facility due to which offline channel is much more customer-friendly. Eyeglasses usually have a year-long repeat purchase cycle, which becomes a challenge to scout for new customers. The product category is customised and requires constant customer support and hand-holding post sales.

In the next 18 months, the company wants to expand its presence to 150 stores from 50 stores at present. It wants to launch a private label of frames and sunglasses to be sold through both online and offline channels. The startup also wants to start an Optometry Academy and a full-time training academy for fresh optometrists to help in the easy fulfillment at existing and new upcoming stores.

“We, at ClearDekho, strongly believe in the huge immediate impact a simple pair of eyeglasses can have on millions of people across low income groups. Also, the right glasses can significantly increase the work productivity of consumers,” says Shivi.

Today, the company is seeing a revenue of Rs 6 crore, and plans to scale up to Rs 36 crore by this financial year.

Even if the pandemic continues, people will still need to buy glasses, and ClearDekho is well poised for growth, says Shivi.