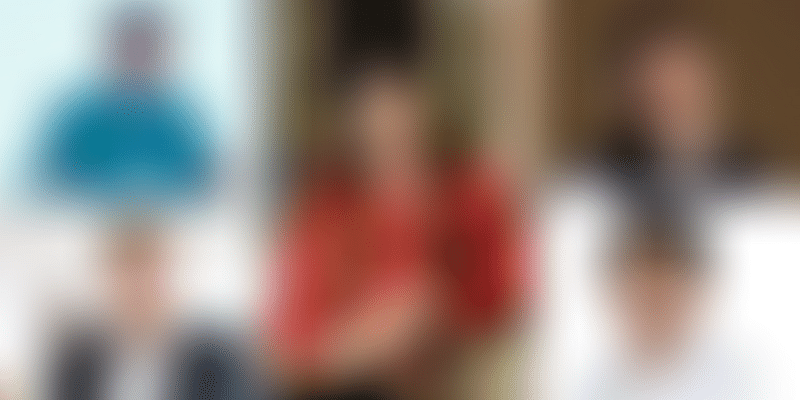 Here is a roundup of reactions by Indian business leaders and tech startups on the Indian government’s move to ban Chinese apps.

The Indian government on Monday banned as many as 59 Chinese apps, including popular social media platforms such as TikTok, Helo and WeChat, "...which are prejudicial to sovereignty and integrity of India, defence of India, security of state and public order."

#Update | Government of India Bans 59 mobile apps which are prejudicial to sovereignty and integrity of India, defence of India, security of state and public order. Read the press release by @PIB_India for more details - https://t.co/LcIuXOnlfK

The government’s decision to ban the apps was prompted by rising border tensions between China and India, and complaints that the apps had been stealing user data and surreptitiously sending it to servers outside India, without any official authorisations from the Indian government.

Following the government's decision, many Indian business leaders and tech startups have welcomed the move, saying it will spur home-grown tech innovations and provide an opportunity for Indian tech startups and companies to build better alternatives to the banned Chinese apps.

Here is a roundup of their reactions to the government's move to ban Chinese apps:

"The Government has actually provided a huge opportunity to tech start ups to leverage the App ban n create new and innovative Apps. If they miss this opportunity they have themselves to blame. This can revive tech jobs in a big way."

"Can techies and start ups take advantage of the App ban and innovate new and better Apps? Atma Nirbhar Apps that bring out creativity and innovative ideas," Kiran tweeted on Tuesday.

Very true, a great move @PrakashJavdekar @narendramodi @rsprasad @PiyushGoyal @AmitShah India is with the govt on this

Very true, a great move @PrakashJavdekar @narendramodi @rsprasad @PiyushGoyal @AmitShah India is with the govt on this https://t.co/jiCwaKJSAE

"No better time than now for Indian start ups to raise their innovation game! Also the perfect time for gov't n industry to amp up the "build for India n scale globally" movement with focus on Innovation, Policy, Funding, Trust n Security."

Bold step in the national interest. A step towards Atmanirbhar App ecosystem. Time for the best Indian entrepreneurs to come forward and build the best by Indians, for Indians!

"This huge unprecedented step will go a long way in strengthening the 'Boycott China' campaign of CAIT. Boycott China movement is now well and truly a national reality, and seven crore traders of India stands in solidarity with the Union Government."

"The ban indicates the need to work and operate within the laws, culture and values of any country. The ban is not a reflection of India’s changing policies, but certainly showing care for its citizens."

"This ban creates a huge gap in the digital landscape of India, which every Indian entrepreneur should try to fulfill & let its citizens not feel any vacuum. We are making sure that with Glance and Roposo every Indian should experience a great Indian product."

"India has an opportunity to build the fourth tech ecosystem apart from US, China, and Russia. India’s tech ecosystem can be massive! Calling upon all fellow entrepreneurs to take responsibility of making India."

"This should have been done long back, good step... ISPAI will act very swiftly to block these apps once the order comes."

If you are building apps that replace these apps in India. You can mail me at prayank@accel.com ... happy to chat!

If you are building apps that replace these apps in India. You can mail me at prayank@accel.com ... happy to chat! #startups #MadeInIndia https://t.co/m7zMJXfEr7

"This is a welcome move from the government against platforms that have had serious privacy, cyber security, and national security risks. We expect the government to continue their support for the Indian startup ecosystem."

"We invite all the Tiktok stars from India to be the part of fast-growing Bolo Indya community. We are pleased to have the opportunity to positively impact the lives of millions of Tiktok stars, and provide them the platform to build on their social capital and convert it to financial independence."

"It’s a move that has suddenly spurred a consumer tech product race in the Indian startup ecosystem, and the talent really seems to understand that the sheets volume of users can catapult such Indian ventures on to an international stage. Indian origin angel Balaji rightly put it - “Read AI Superpowers by Kai-Fu Lee. China started by cloning US apps first, then began innovating. They were protected by national barriers while doing so. So: there is no shame whatsoever in getting started by cloning things that work, then differentiating over time.”