Pivot and Persist: How the Kerala startup ecosystem innovated to survive COVID-19 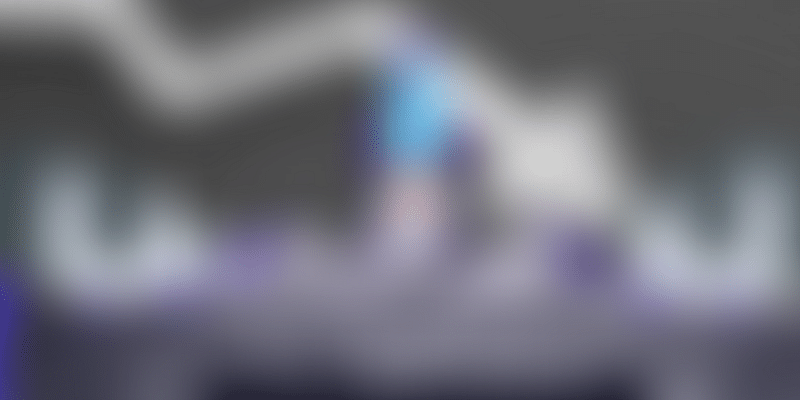 As India faces a massive economic downturn fuelled by the COVID-19 pandemic, Kerala’s startup ecosystem is showing the way by innovating and pivoting to survive and revive.

Kerala has made it to the world map with its handling of the coronavirus pandemic.

Despite porous borders, umpteen migrant workers, and a large expatriate population, Kerala, the first state in India to record a coronavirus case in January 30, seems to have successfully flattened the COVID-19 curve.

And now, even as India faces a massive economic downturn, the state’s startup ecosystem is pivoting to survive the recession, which is expected to have a worse impact on the global economy than the 2008 meltdown.

The Kerala Startup Mission (KSUM), the central agency of the Kerala government for entrepreneurship development and incubation activities, is fuelling the survival of state’s startup ecosystem.

Speaking to YourStory, Saji Gopinath, CEO of KSUM, said: “Edtech and healthtech startups have been recording positive growth since the coronavirus pandemic. Travel and tourism, and the real-estate businesses are the worst hit, and we expect 14 percent of these businesses to reduce activities substantially and lay off employees. About 25 percent of lean startups have been able to pivot their business models and come up with new products.”

He added that Kerala’s college incubators have been coming up with innovative products that can be later converted to “potential startups, or industrial businesses”.

The travel and tourism industry is one of the worst-hit sectors amid the pandemic.

Thiruvananthapuram-based TravelSpoc, which aggregates travel agents and operators to showcase their tour packages and products, was one of the startups that faced the brunt of the economic slowdown. The company recorded a 30 percent fall in its revenue, since March 2020.

Founder Krishna Kumar tells YourStory that his startup is currently focusing on surviving the crisis and re-strategising its business plans. For that, TravelSpoc has divided its business into three phases.

Phase one, focused solely on surviving, started in April and ends on June 30, this year. “During this time, we are rescheduling and cancelling all bookings, as per the services provided by airlines, and are supporting travellers, ensuring that they do not lose money on their travel bookings,” he says.

For this, Krishna and his Co-founder, Kavitha Somasekaran, have minimised company spending, and are engaging customers and acquiring accreditations.

The second phase, from July to September, will be used to hire more operational staff and get the ball rolling. “We will focus on maximising the number of leads that are converted to sales,” Krishna says.

The third or the growth phase will continue till April 2021 and will be used to expand the travel startup’s global footprint and enter the Singapore and the US markets. “We will concentrate on bringing maximum domestic travellers to Kerala and reaching a $1 million revenue milestone,” he adds.

Numerous startups are keeping citizens in mind as they innovate amid this health crisis.

Calicut-based social communication platform Qkopy, has partnered with the Kerala government to launch the GoK Direct app, to curb the spread of fake news. Available in English, Hindi, Malayalam, and Bengali, the app disseminates information and updates on the pandemic. It is available for Android and iOS users; for citizens without internet access, the app sends information through SMS alerts.

Meanwhile, KSUM-incubated startup QuikDr has been providing free telemedicine solutions to the Kerala government. Founded by Sunny CA and Lalan Varghese, QuikDr started its product development in August 2016 and officially launched its services in February 2020.

“We have partnered with major hospitals in Kerala and have already recorded more than two lakh consultations on the platform,” says Cushbinshad AB, CMO at QuikDr. The app is currently being used by the Directorate of Health Services, Government of Kerala.

Then there is Kochi-based Aerofill Filters, which has till now been in the business of supplying air filters, and has now shifted to a new business model to sustain business and help citizens. Founded by Santosh Kumar PD, Aerofill started producing N95 and surgical masks in April this year.

“During the lockdown, most vendors were closed and it was difficult to get workers and materials. Masks and air filters work in a similar fashion. Our team wanted to help the government and people, and so we started producing masks,” Santosh says.

The startup has so far sold over three lakh masks, priced at around Rs 100 each. It has tied up with 50 government hospitals and medical colleges to provide masks.

With almost 120 employees, Aerofill has been using its resources to produce masks and has not announced any salary cuts or layoffs yet.

KSUM-incubated IBoson Innovations has come up with a software to help the government manage the access of staff at their workplaces. Used by the Kerala State IT Mission, the startup’s solution also helps manage the movement of essential service providers.

Robots to the rescue

Kochi-based Asimov Robotics is spreading awareness on the coronavirus pandemic with the help of two humanoid robots. The robots, placed inside the Kerala Startup Mission complex in Kochi, distribute masks, sanitisers, and napkins. They also stream videos to brief visitors about social distancing and educate them on steps to be taken to prevent spread of the virus.

In an earlier conversation with YourStory Founder and CEO Shradha Sharma, Asimov Robotics’ Founder Jayakrishnan T revealed that the idea was patented during the Nipah outbreak in the state.

“One of the main use cases of these humanoid robots was for caregiving to elderly, differently-abled, and sick people. We were prepared for that. That is when Nipah virus outbreak happened twice in Kerala. We then patented the use case of treating people for contagious diseases,”  he said.

Cushbinshad, of QuikDr, says now that telemedicine has gained popularity among the masses, the startup is expecting rapid growth, in terms of adoption and revenue.

The telemedicine solution platform had received a product development grant from KSUM during its initial phase. Bootstrapped since then, QuikDr is in the process of raising Rs 3 crore in its seed round. According to the company, it has a team of more than 10 people and has not laid off employees or announced salary cuts since the beginning of the pandemic.

Krishna has a similar view. TravelSpoc, which has received grants and a seed loan from KSUM, has been exploring the possibility of further support in the form of grants amid COVID-19. With 14 full-time employees, he says TravelSpoc has not implemented any layoffs or salary cuts yet. “We have reserves to handle the situation for the next three months,” Krishna says.

With domestic travel restarting, TravelSpoc expects business to be better in the next six months. The startup has recorded a growth in the client base during the first phase of its survival strategy. “Pre-COVID-19, we had 200 tour operators registered on our portal. As on June 15, the number has gone up to 680 registered tour operators,” Krishna says.

Founder Ashfaq Ashraf says, “We have reduced our team strength and have started taking small software projects without much profit margin, to sustain. We have also completely stopped all marketing activities, but shall restart them from July, depending on funds.”

According to YourStory’s resources, the Kerala startup ecosystem received about $ 11.9 million in funding last year. In 2020, only one Kerala startup, entri.me, received pre-Series A funding of $ 1.4 million.

However, Saji Gopinath says, “We have been seeing positive investment trends and are expecting funding rounds in July.”