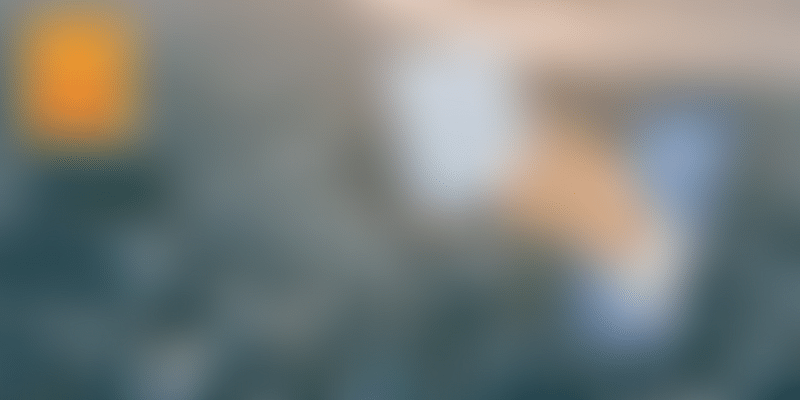 In 2019, telemedicine startups raised $178.4 million across 16 deals, 40 percent more than in 2018. But is telemedicine still a far-fetched dream for Bharat?

In November 2019, the Parliament revealed that India has one doctor for every 1,445 people. The World Health Organisation’s prescribed norm states one doctor needs to be available for every 1,000 people.

What makes things worse is that most of these doctors are based out of the metros, making it all the more difficult for people residing in rural areas get access to quality healthcare services.

“Almost 70 percent of doctors are concentrated in urban areas while the rural population remains grossly under-served. According to estimates, Community Healthcare Centres (CHCs) in India face up to 82 percent shortage of specialists.”

Advancements in technology have enabled doctors from urban India to treat patients in rural areas remotely through video-call consultations.

With newer threats like the recent novel coronavirus, video-call consultations aren’t enough. This is where telemedicine comes in, which includes services like self-monitoring devices, disease screening solutions, and healthcare management solutions.

Now, the real question is whether telemedicine has really solved the problem it set out to address – provide quality healthcare services to rural India?

In India, telemedicine started in 2001 when the Indian Space Research Organisation (ISRO) began a pilot project, linking the Apollo Hospital in Chennai with the Apollo Rural Hospital at Aragonda Village in Andhra Pradesh. Since then, things have come a long way.

“For several years, the reach and viability for telehealth were limited. However, things have changed over the past decade with the rapid penetration of smartphones and the widespread availability of internet services everywhere,” Vikram says.

In rural India, a handful of healthtech startups are already attempting to establish a sustainable telemedicine system. Practo – one of the first success stories in the Indian healthcare segment – allows patients to chat with experienced doctors online.

Startups from beyond the metros like Kota-based MedCords connects patients, doctors and pharmacies for smooth access and sharing of medical data. It caters its services to more than 20 lakh users, across Rajasthan, Madhya Pradesh, Gujarat, Uttar Pradesh, Bihar, and Chhattisgarh.

According to Co-founder Shreyans Mehta, the team chose Kota as its base since it is better to be close to its users. The startup targets Tier-III cities and below, including towns and villages with a population of three lakh and below.

Shreyans says, “It is easier to build a sustainable telemedicine business in a non-metro city.”

Then there is Kollam-based Waferchips Techno Solutions, which developed Biocalculus, an ambulatory cardiac monitoring device that works as a wearable electrocardiography (ECG) device. Having a base in a Tier-II city enables the startup to reduce its operational expenses by utilising the top infrastructure.

Founders Sonia and Archu S Vijay say, “Even though it (Kollam) is a rural area, we are provided with more visibility in the startup ecosystem. Moreover, this also allows us to provide job opportunities for youngsters from our hometown itself.”

In 2017, Waferchips was one of the 10 startups from India that showcased its products at Slush, a startup event in Finland.

The platform has more than 2,000 doctors, and more than 45 healthcare specialists, super specialists, family physicians, Ayurvedic, and homoeopathic doctors on board.

[Startup Bharat] Telemedicine is a bright spot in the future of healthcare, says Vikram Thaploo of Apollo Hospitals Group

According to Bain and Company’s India Venture Report 2020, healthcare investments saw a rise in 2019 across wellness and health platforms, e-pharma, and even some telemedicine-focussed players.

As per YourStory Research, the amount pumped into the telemedicine space in India has gone up by almost 40 percent in 2019 – $178.4 million across 16 deals. This year, $500,000 has already been raised by Bengaluru-based CureSkin, which has a remote treatment solution for skincare and hair fall with Artificial Intelligence (AI)-enabled solutions.

“Telemedicine is an incredibly interesting sector. AI and data are changing the way any service is being delivered. Healthcare is the most critical area where this is going to happen. Data about patients and the environmental context are extremely important and telemedicine lets you connect that data quickly in a digital format. Thus, it will become a part of every healthcare provider,” says Shripati Acharya, Managing Partner at Prime Venture Partners.

“As the sector grows, we (Apollo Healthcare) are actively partnering with governments and other healthcare providers to expand the reach of telehealth services further. We aim to touch the lives of 30 million people by 2022. As we expand our services, we are also looking to recruit around 25,000 people over the next five years,” says Vikram.

Despite being promising in reducing barriers between healthcare service providers and patients, telemedicine has had a slow start.

Shripati says, “Telemedicine has taken a while because it is about trust and not the cost. Trust is built offline. Patients have a lot more trust in hospital brands.”

Earlier this February, the startup launched remote clinics that will bring a hospital’s satellite or nodal centres, corporate clinic outposts, and diagnostic health centres onto the mfine platform and enable virtual consultations with speciality doctors via audio and video chat.

“Patients do not want to deal with anonymous doctors unless in specific use-cases. mfine allows doctors who are associated with brands to get on video conferences with patients who visit these clinics. Thus, using a combination of online and offline will help telemedicine flourish better,” Shripati adds.

Dhruv Pandey, Portfolio Manager at social impact VC Socio Alpha, has a similar opinion. He says that the presence of a doctor is extremely important from a patient’s standpoint, and telemedicine has not been able to fulfil that.

“The way a patient communicates with their doctor is in the form of a story. Machines, at this time, are not equipped to handle a logical narrative structure. Even with AI being strong, the way a doctor communicates with a patient is not in a question-answer format. Important information going to an algorithm is still not as strong,” he says.

He adds that the business model of telemedicine players includes a single clinician aided by machines that would help them establish a neat clinic. However, machines continue to remain bulky, expensive, and cumbersome to use.

Hit or a miss?

Urban India has the advantage of players like Practo, mfine, DocsApp, and Lybrate. A study by India Brand Equity Foundation (IBEF), states that telemedicine is a fast-emerging sector in India, with major hospitals such as Apollo, AIIMS, and Harayana Hrudayalaya having adopted telemedicine services and entered into a number of PPPs.

The telemedicine market was expected to grow at a CAGR of 20 percent between FY2016 and FY2020, reaching to $32 million, by the end of this year.

According to a report published by Global Market Insights in March 2019, the telemedicine market was valued at over $38.3 billion in 2018 and is expected to grow at more than 19 percent CAGR between 2019 and 2025.

Telemedicine is a bright spot in the future of healthcare, already playing a significant role in improving access to healthcare services for remote and under-served populations. For a country like India, where the doctor-patient ratio remains skewed and quality healthcare remains confined to metros, telemedicine has the potential to act as a major leveller.

Additionally, for post-operative care, it is not feasible for patients to visit the hospital regularly – it is expensive and not viable. In these cases, telemedicine can prove to be way more than just an add-on.

However, the government has to confirm and provide a solid foundation on what is to be accepted as an ‘official prescription.’

Dhruv believes that telemedicine continues to remain a dream unfulfilled in India. “On the whole, the sector has not received the funds or rigour that it was expected to receive,” he says.