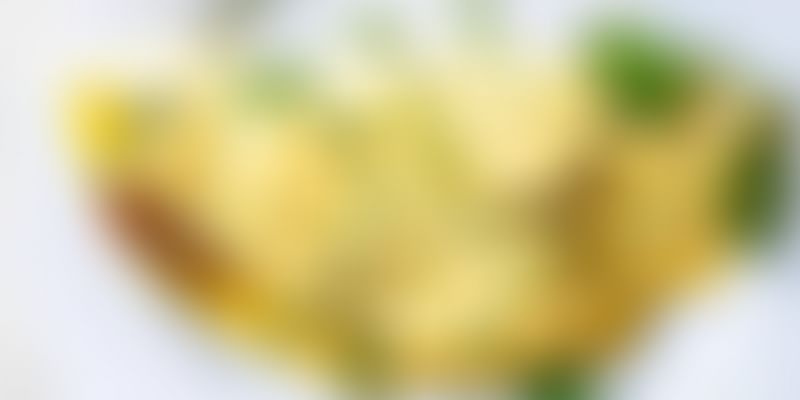 Foodtech startup EVO Foods has developed Asia’s first plant-based liquid egg product as it seeks to revolutionise India’s plant-based, sustainable food market and target the overseas market, including the US.

How do you like your eggs? Sunny side up? Cruelty-free? Salmonella-free? Fluffy and tasty, with zero cholesterol? If so, foodtech startup EVO Foods has just the thing in its menu.

In its mission to revolutionise India’s sustainable food market, Mumbai-based EVO Foods is serving up Asia’s first plant-based egg, which may well be the answer for the dietary needs of India’s 400-million-strong vegetarian population.

The two founders, who are both second-time entrepreneurs, first met at a food conference in Mumbai in 2018. They instantly found common ground in their shared passion for food, sustainability, nutrition, and plant-based protein alternatives.

“Karthik and I realised that we both had a very clear mission: to bring the plant-based revolution to India and introduce a clean protein in the Indian market,” Shradhha says.

That's how the duo – both self-professed foodies and passionate vegans – started EVO Foods and, together, came up with the idea of creating a clean egg alternative.

The science behind the EVO egg

To create the EVO egg, Shraddha and Kartik consulted food scientists and plant biochemists, while taking advantage of their own background in the sustainable food industry.

Kartik, the CEO, has, in the past, worked for a cultivated meat company, represented India at the first European conference on new protein, and been instrumental in building up the plant-based and cell-based substitutes sector in the country.

COO Shraddha, on the other hand, owns and operates a vegetarian restaurant and bar in Mumbai called Candy & Green, and is a well-known entrepreneur and sustainability activist.

“Since my background was in alternative protein, I already knew that many plant-based sources can be used for different kinds of applications in the cell-based industry. And because India is one of the largest producers of dry beans in the whole world, we have that kind of raw material and crop biodiversity here,” Kartik explains.

The EVO team analysed indigenous plant-based substitutes for protein and through their own proprietary research process identified two plant proteins extracted from legumes that provide the same level of taste, texture, and nutrition as a traditional egg.

Using a combination of these two plant proteins, EVO created a liquid egg replacer that was tested in-house at a pilot facility and at Shraddha’s Candy & Green restaurant.

Unlike a traditional egg, EVO’s liquid egg replacer has zero cholesterol, is lower in fat and in calories, devoid of antibiotics that are a common feature in poultry farms, and produced without practicing any animal cruelty.

“We wanted to give all the good of the egg without any of the bad. And the worst of the egg obviously being the ethical and sustainable problems around consuming it,” Shraddha adds.

In addition, these eggs are fortified with vitamin D, a major deficiency for many Indians, and branched chain amino acids, which benefit muscle growth. Their protein content is also identical to that of a traditional egg, as is the taste and texture.

“We conducted surveys at Shraddha's restaurant and included chefs in the whole process. All of them were really impressed with the product and what it was able to do,” Kartik adds.

Essentially, the egg replacer has a wide range of applications and can be made into omelettes and scrambled eggs or used in egg fried rice and quiches.

The team is also working on making it an effective replacement for the traditional egg in baking; it expects this to be ready over the next eight months.

Already, the startup’s current product, scheduled to be launched in August, is gaining local and international traction, most notably with industry veterans in the alternative protein space.

Last month, Ryan announced, on LinkedIn, that he was making his first angel investment in an Indian company with EVO Foods.

He said, “Super delighted to announce my first Indian angel investment in a brand new company called EVO Foods; they're transforming the Indian plant-based egg market. Why plant-based eggs? Because India is a massive market for eggs, yet there aren't any good plant-based alternatives yet.”

EVO, which also counts serial entrepreneur and social activist Stephanie Downs as its strategic advisor, will be a part of BIV’s New York City accelerator cohort.

Founded and helmed by Andrew Ive, BIV has invested in several other leading clean food startups in Asia such as Singapore-based Shiok Meats and Karana.

Speaking about BIV's decision to invest in EVO Foods, Andrew Ive says, "When we saw the investment opportunity from EVO, it was pretty clear that Kartik and Shraddha were on to something massive and would be a game-changer for not only the India market but globally as well."

Global consumer interest and adoption of plant-based protein food alternatives has been on the rise in recent years due to the increasing preference for cruelty-free food products, giving rise to a flurry of clean food innovators seeking to capture the market opportunity.

In India and abroad, Kartik and Shraddha are taking inspiration from several deep food science companies such as US-based Beyond Meat for its sheer innovation prowess and India’s very own cold press natural juice maker Raw Pressery for changing consumer behaviour from roadside juices.

According to market research firm Mordor Intelligence, the global protein alternatives market is estimated to record a compound annual growth rate of 7.4 percent between 2020 and 2025, with the Asia-Pacific region projected to be the fastest growing as consumers in these regions incorporate more proteins in their daily diets.

To be clear, in a market like India, where plant-based protein food industry is still in its relative infancy, the success of a foodtech startup like EVO really depends on creating the right kind of awareness, with the right kind of product – something Shraddha and Kartik sought to do by starting with an “evolved” egg product.

By starting with egg, the duo is directly catering to the palates of the Indian consumer, for whom the egg is considered neither vegetarian, nor non-vegetarian.

“Instead, it’s somewhere in the middle,” Shraddha notes.

Interestingly, in India – deemed the vegetarian capital of the world – the definition of vegetarian varies significantly for different sets of people. This makes India an attractive market for plant-based food startups like EVO Foods to disrupt.

“Because Karthik and I want to bring the plant-based revolution to India, we think the egg is the perfect alternative to start with because it wouldn't turn off vegetarians, as it's not traditionally considered non-vegetarian. Nor would it turn off non-vegetarians, as we’re not giving them so-called fake meat. So, we thought the evolved egg is a great product for us to introduce Indians to what plant-based proteins are all about,” Shraddha reveals.

Shaping the future of food

“We want to be a clean protein company, so we have our eye on the alternative protein industry and be the go-to-brand for all sorts of products under it,” Kartik says. This means anything related to animal sources for proteins such as eggs, meat, and dairy.

However, the company is in no hurry to introduce other products for the next three years at least. The immediate priorities, instead, are to focus on eggs and educate the Indian consumer about plant-based proteins.

“We don’t want to be pushy about our products; we want to take it slow and steady. We want to bend the market first by creating awareness among people, and then slowly introduce different kinds of plant-based food options,” Kartik adds.

Like EVO Foods, many Asian companies in the protein and cell-based food industry are initiating awareness campaigns to bust myths associated with alternative proteins – one of them being the use of chemicals.

Consumer awareness may well be the immediate challenge for the startup, but EVO – which is looking to raise more funds to scale up production of its eggs – also expects the pricing of its product to be another barrier in the initial days.

EVO eggs are slated to be priced at a rate that is 60 percent higher than traditional eggs. However, given the market segmentation EVO is targeting in the initial stage, the startup is confident it can scale up production and bring down the price on par with regular eggs in about two years.

In addition to vegans, vegetarians, and those who’re allergic to the traditional egg, EVO believes early adopters of its product will be diet and health-focused consumers, including young mothers, pregnant women, patients, and athletes, among others.

“We’re seeing a lot of interest from local investors and consumers, and this is the kind of environment we need for more startups like ours to emerge from India. Ours is a huge market and we want more indigenous startups in the sector to come up and seize the market opportunity here. We are also working on some exciting global partnerships which will give us an opportunity to be a global player in the space,” Kartik says.

Admittedly, whether it’s talent, agricultural produce, deep science know-how, or a large consumer base, India has all the ingredients necessary to fuel the growth of the clean protein industry.

For new-age foodtech startups like EVO Foods, which are looking to shape the future of food in India, this is exactly what makes the market ripe for the taking.