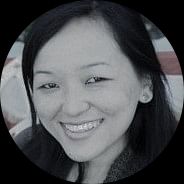 Tenzin Pema is an award-winning journalist with over 16 years of experience in writing, editing, and leading teams across various global and national media organisations. She currently works on YourStory Special Projects and IPs, and was previously Editor of YourStory Media, where she led content coverage of startups, small and medium businesses, and changemakers from across India and beyond.

Prior to joining YourStory, Tenzin was Editor in Charge of Global Investment Research News and EMEA/UK Companies News at Reuters. In her decade-long stint at Reuters, Tenzin worked in various roles, with a focus on investment research coverage and specialisation in tech and financial services sectors; covered the global financial crisis and the tech innovation boom in Silicon Valley; and spearheaded several intrapreneurial projects within the newsroom.

Tenzin was also among the finalists for the Reuters Global Journalists of the Year award in 2017 and won several other awards, including the Thomson Reuters HY R&R site-wide awards in 2016/17 and the Q4 Hall of Fame in 2012. More recently, Tenzin won the PoleStar Awards 2020 for her in-depth coverage amidst the COVID-19 pandemic.

In the past, Tenzin also worked as head of Editorial Projects and Transitions at a division of Moody's and as a producer in CNBC-TV18, after graduating in TV/Broadcast Journalism from the Asian College of Journalism.

Tips and requests to tenzin@yourstory.com