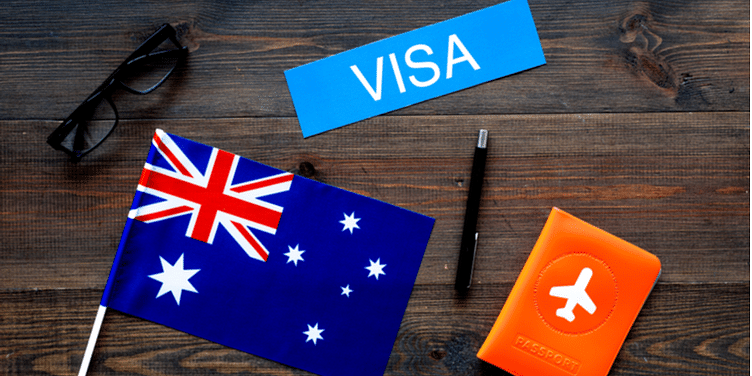 Indians, who account for nearly 74 percent of the work visas in the US, are the single largest group of H-1B visa-holders. YourStory lists some opinions from top tech giants on Trump’s move to ban H-1B, L-1, and other temporary work permits.

H-1B visa was first introduced by the US government in 1990 to address the shortage of technology skills and allowed the entry of people who have got the requisite qualifications into their country. This proved to be immensely beneficial for a country like India which churns out engineers in large numbers every year.

The growth of the Indian IT industry is directly linked to the presence of the H-1B visa scheme which allowed them to send their employees to work on projects in the US which was a win-win situation for both the countries.

Following the current economic crisis due to the coronavirus pandemic and in a bid to protect American workers facing a high rate of unemployment, US President Donald Trump signed a proclamation to suspend issuing of H-1B visas along with other foreign work visas for the rest of the year, on June 22.

This latest directive on H-1B visa is unlikely to have any major impact on the Indian IT industry as the executive order is only for a period of six months which is till December of this year. Secondly, this order will only affect the freshly issued visas and not the existing permits. And lastly, during this time of COVID-19, when travelling between countries has come to a halt, any suspension of this visa is not likely to make a big difference.

However, this decision of the US government has drawn criticism from various stakeholders globally.

Top American lawmakers have urged Trump to revoke the temporary suspension of H-1B and other non-immigrant visas.

Major tech companies like Amazon, Google, Facebook, and Twitter have condemned the US President’s move to freeze a range of immigration work visas calling it “unbelievably bad policy” that would undermine America’s economic recovery and its competitiveness.

Amazon, which had the highest number of H-1B visa approvals at 3,026 in 2019, expressed disagreement with Trump’s decision and tweeted saying, “Amazon opposes the Administration’s short-sighted decision to pause high-skill visa programs. Welcoming the best & the brightest global talent is critical to America’s economic recovery. We will continue to support these programs and efforts to protect the rights of immigrants.”

Google CEO Sundar Pichai has expressed disappointment over the move.

Immigration has contributed immensely to America’s economic success, making it a global leader in tech, and also Google the company it is today, the India-born tech head tweeted.

“Disappointed by Trump’s proclamation – we’ll continue to stand with immigrants and work to expand opportunity for all,” Pichai wrote.

Immigration has contributed immensely to America’s economic success, making it a global leader in tech, and also Google the company it is today. Disappointed by today’s proclamation - we’ll continue to stand with immigrants and work to expand opportunity for all.

Indian American Congressman Raja Krishnamoorthi said, “I’m deeply disappointed by President Trump’s misguided order to suspend these key work visa programmes. I urge him to reverse this decision to help ensure our healthcare system and broader economy are ready to combat the next phase of (coronavirus) pandemic and to create the jobs we need for our economic recovery,” he said.

“The H-1B programme in particular plays a crucial role in addressing dangerous shortage of healthcare professionals while also providing other key sectors of our economy with talent from around the world to not only fill jobs, but create new ones”, he added.

Alice G Wells, who till a few weeks ago was the point person of the Trump administration for South and Central Asia, also opposed the move.

“Being able to attract the best and the brightest through the H-1B visa programme has made America more successful and resilient. Knowing how to tap foreign talent is a US strength, not a weakness”, Alice said.

Being able to attract the best and the brightest through the H1-B visa program has made America more successful and resilient. Knowing how to tap foreign talent is a US strength, not a weakness! #H1B #usindia

﻿Shopify﻿ Inc. CEO Tobias Lutke is flaunting Canada as a relocation option. “If this affects your plans consider coming to Canada instead,” Lutke tweeted on Tuesday.

If this affects your plans consider coming to Canada 🇨🇦 instead. Shopify is hiring all over the world and we have lots of experience helping with relocation. Let us know at https://t.co/dmzfp4EwB9 https://t.co/yUUjoEt9gp

Tim Cook, CEO of Apple, too expressed his disappointment hours after the news flashed across social media. Apple had 1,136 H-1B visa approvals in 2019.

“Like Apple, this nation of immigrants has always found strength in our diversity, and hope in the enduring promise of the American Dream. There is no new prosperity without both. Deeply disappointed by this proclamation”, tweeted Tim.

Like Apple, this nation of immigrants has always found strength in our diversity, and hope in the enduring promise of the American Dream. There is no new prosperity without both. Deeply disappointed by this proclamation.

SpaceX and Tesla chief Elon Musk was on the same page as others. Tesla had 324 H-1B visa approvals in 2019.

The tech billionaire tweeted on the ban stating, “Very much disagree with this action. In my experience, these skillsets are net job creators. Visa reform makes sense, but this is too broad.”

Very much disagree with this action. In my experience, these skillsets are net job creators. Visa reform makes sense, but this is too broad.

After Trump’s decision to ban work visa, there has been lot of uncertainty in the minds of Indians. During these times what could be aspiring for many is Kunal Bahl’s entrepreneurial journey that began after US rejected the ﻿Snapdeal﻿ founder’s visa.

Kunal tweeted, “India is the land of big opportunities. I didn’t know this 13 years ago when my H-1B visa was rejected, but haven’t regretted a moment since”.

India is the land of big opportunities 🇮🇳 🙏🏼

I didn't know this 13 years ago when my H1B visa was rejected, but haven't regretted a moment since. https://t.co/ycUhpC9Nj4

Ash Lilani, Founder and Managing Partner of Saama Capital, took to Twitter to state that this can be a big opportunity for Indian techies. He stressed on how Kunal Bahl’s visa rejection pushed him to create Snapdeal.

“I hope we see many more such success stories come out of this (news),” he further added.

I keep thinking of @1kunalbahl today and how a US visa issue led him to come home and be a catalyst in the creation of @snapdeal. I hope we see many many more such success stories come out of this. US's loss and India's gain.

Brad Smith, President of Microsoft, stressed that immigrants have been playing a vital role for the company and for America and feels that it is not the time to cut US off from the world’s talent or create uncertainty and anxiety. “America needs immigrants more now to contribute to this country,” his post read.

Now is not the time to cut our nation off from the world’s talent or create uncertainty and anxiety. Immigrants play a vital role at our company and support our country’s critical infrastructure. They are contributing to this country at a time when we need them most.

﻿Pine Labs﻿ CEO Amrish Rau tweeted that Trump might be the catalyst for the second wave in the Indian tech sector.

“We at MobiKwik believe that Indians can build world class companies from home (i.e. India) rather than being a cog in the wheel for large MNCs and contributing to foreign profits. For every Sundar Pichai and Satya Nadella, there are hundreds of thousands of smart engineers who face everyday discrimination and tolerate racism despite being the highest earning ethnic segment in USA. In 2020, India has thousands of startups which will pay you top-notch salary, give you a big mission to be a part of, an opportunity to create 10x wealth and a lifestyle which can match anywhere else in the world. If you don’t want to join a startup, then you can start one and there is a world class ecosystem of mentors, entrepreneurs, and capital which are only a call away. Come back to India and build an AtmaNirbhar Bharat.”

Build in India. Build for the world. #Visasdontmatter

In India, Hemant Mohapatra, a partner at the venture capital firm Lightspeed India called on professionals to come back to India and work for local startups.

Since last night recvd 2 emails frm friends @ cos like Google abt returning to India. This feels different. Ppl are sick of the uncertainty; ban was a personal betrayal. Indian startups pay well (some roles are at bay area salaries) and do VERY exciting work. COME HOME AND BUILD!

Nasscom President Debjani Ghosh said the move was bad for the US economy and innovation and without access to this talent, recovery is going to be an uphill challenge for that country.

This is especially bad for the US economy and innovation...that too at a time when the US should be doing all it can to build back the economy. Recovery without access to talent is going to be an uphill challenge. https://t.co/lFr0RMC8xc

Meet the man behind Bisleri in India, who started up again at 70