Started with YouTube videos, this Y Combinator-backed startup wants to be an alternate e-platform for engineering 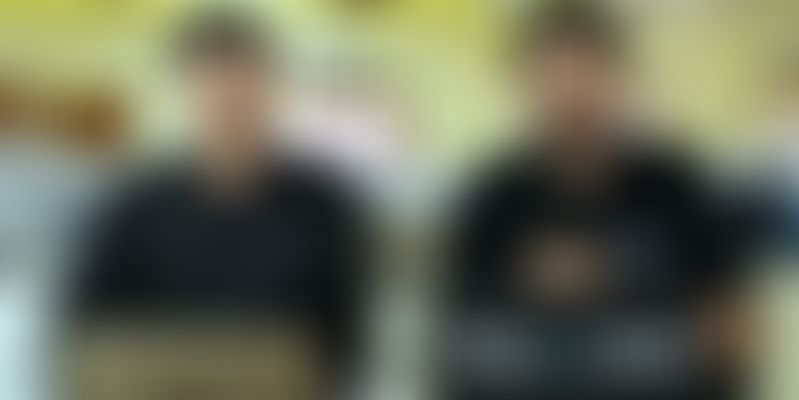 Chennai-based startup Skill-Lync offers courses for engineers to help them gain skills needed to get mechanical and electrical engineering jobs.

The engineering sector has been through a phase of being a popular career choice to that of a saturated market. With an estimated 1.5 million engineering students graduating each year, finding a job can be hard.

The problem is further exacerbated by a lack of practical and up-to-date skills possessed by fresh graduates, which makes them even more unemployable.

Two mechanical engineers and friends – Sarangarajan V and Suryanarayanan P – stumbled upon this nugget of truth who, after their graduation from A.C.C.E.T Karaikudi and St Joseph’s College of Engineering, Chennai respectively, went to study their Master's at the University of Wisconsin, Madison, and began to work there.

While studying for their Master’s, the duo realised that whatever they had learned during graduation did not help them land a job, or even keep up with their Master’s coursework. This pushed them to find a solution that would make it easy for other graduating engineers to skill-up, and become more employable.

The two finally set up edtech platform ﻿Skill-Lync﻿ in 2016, with headquarters in Chennai.

Skill-Lync started out as a YouTube channel to share engineering tips. Today, it is an online training course that caters to mostly non-software engineering students, which make up around 60 percent of the total engineers that graduate every year.

“For that 60 percent, there are no offerings in the market, currently, for any type of upskilling, says Skill-Lync’s Co-founder and CEO, Suryanarayanan.

“We started with mechanical engineering in 2017. Over the years, we have built a platform to accommodate for mechanical, electrical, civil, and electronic engineering as well,” he adds.

Shift from B2B to B2C

Sarangarajan and Suryanarayanan started creating small videos on YouTube during their post-graduation.

In 2013, after graduation and once they were working their new corporate jobs, the duo continued creating videos, and tried and tested multiple learning modules. By 2015, they started selling their courses to US colleges, provided value-added courses, as well as started conducting live sessions.

When colleges started paying us, we understood that there was market potential. We then signed up about 12 colleges from Chennai, who paid around Rs 5,000 for each student. By the end of 2015, we had around 300 students, Suryanarayanan says.

The next year, both Sarangarajan and Suryanarayanan quit their jobs and returned to India to focus on their startup, full-time. They had around 30 colleges by then.

As they got into the groove of things, a pattern began emerging that forced them to rethink their model: they realised that after making deals with colleges to provide videos and coursework, there was no guarantee it would be extended the next year, even if they performed well.

This forced them to pivot to a B2C model. In 2017, the duo tried conducting live classes, online, and then recorded pre-record ones too considering student’s convenience.

However now, amid COVID-19, the Skill-Lync team has seen renewed interest from some of the colleges in the last 60 days. It has partnered with more than 20 colleges and AICTE to provide its courses.

Skill-Lync has grown 22 percent over the last 16 months, on a month-on-month basis, which helped the startup get selected for Y Combinator’s 2019 winter batch.

Suryanarayanan adds, “The YC application form is where the learning happened for us, it develops a habit of looking at the right metrics. For us, the focus was on revenue. YC keeps it real and provides common-sense advice which is very important when we run a company. We think our problems will be answered by complex solutions, but the solution always lies in data and we do not see that. That is something that YC helps us to identify.”

Skill-Lync is an on-demand, online coursework platform which also supports several live features. Students from across the board irrespective of their specialisation, can sign up on the platform, and learn mechanical engineering, or electrical engineering. The student gets access to various course materials like video tutorials and reference literature on a weekly basis.

The fee also includes support sessions via WhatsApp. Students are asked to watch videos independently, but assignments are done and doubts are solved as a group on WhatsApp. Zoom video calls are also held throughout the day at specific times.

“What you learn out here (on Skill-Lync) is basically what you need to be learning in engineering. So in general, for an engineering degree, people spend around Rs 4 lakh. After spending this amount, only around 25 percent of people get a core-engineering job. That is the main problem that we are solving. We take theoretical concepts but use an industry-oriented approach to teach these concepts. Teaching the whole stack in a particular domain is what we do,” says Suryanarayanan.

“We work with the experts in the industry to prepare the coursework or curriculum for our students. So, an instructor, who has experience in a particular domain develops the coursework for which, we hold the IP (intellectual property). We then put that coursework on our platform, and the instructor supports the student whenever they have queries. The experts interact with the students on a weekly basis, about three days a week,” he adds.

Skill-Lync currently has 120 such instructors who work on a commission basis. Apart from them, there are about 53 in-house support engineers, who address around 80 percent of the students’ queries.

Suryanarayanan claims that over the last two years, the platform has enrolled around 4,500 students. Courses offered are eight to 12 month long, and cost around Rs 1.8 lakh to Rs 2 lakh, on an average.

Students are asked to pick a particular subject or domain, and understand it comprehensively. The longer-duration courses require students to spend about 40 hours per week. The startup also provides short term courses – around three to six months.

We basically help engineers specialise in streams that might not be part of their regular coursework in an engineering college. Once we do that, companies readily hire these students because they have developed special skills in a subject matter that was not part of their normal coursework. That is also why students are willing to pay so much because at the end of the programme they can see significant results, says Suryanarayanan.

Skill-Lync boasts a course completion rate of 77 percent, which means out of 100 students, 77 students finish up their coursework.

Students who finish this coursework get Skill-Lync certification, along with a Github-like portfolio to help them get into jobs.

“When a Skill-Lync student finishes a coursework, he gets a very strong portfolio that helps in getting a job or pursuing his Master's. Our industry partners give higher weightage to Skill-Lync students when they go for recruiting because of their profiles,” he adds.

The future of engineering in India

Apart from Skill-Lync, there is no other platform that offers non-software engineering courses, Suryanarayanan claims. Other e-learning platforms such as Intelipaat and Edureka can be a threat to the startup, or its future competitors.

The team is currently developing coursework for Masters in electrical vehicle design and development.

“We have got some of the instructors who work in TVM and Tesla. They are basically developing the coursework for us on some of our modules. We are then planning to take up teaching computer science and the whole of engineering as our next short-term goal,” says Suryanarayanan.