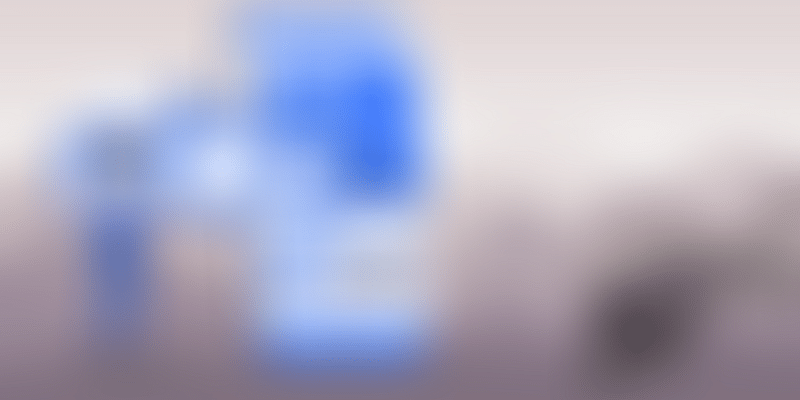 MagTapp wants to bridge India’s literacy gap by allowing users to search for visual meanings of words with a single tap. The app is available in 12 Indian languages.

Following Prime Minister Modi’s ‘Vocal for Local’ initiative and call to support homegrown businesses and entrepreneurs, a plethora of ‘swadeshi’ apps has begun  to make their presence felt.

Their ambitions were further emboldened by the government’s ban on 59 Chinese apps, including widely downloaded ones like TikTok, SHAREit, UC Browser, Mi Video Call, and so on. These were pulled out of Indian app stores almost overnight, opening up a wide market for local developers to cash in on by offering made-in-India alternatives.

﻿MagTapp﻿, built by a Mumbai-based startup, started making waves even before the government ban. The Android-only app launched on Google Play Store last November, and has crossed five million downloads.

It is one of the top apps in the ‘Education’ category with a rating of 4.8 out of 5.

MagTapp is derived from ‘magical tap’- the app’s core promise.

It is a web browser with an inbuilt image dictionary, universal document reader, and content translator in 12 Indian languages. It also claims to be the world’s first visual browser.

Recognised by Startup India, MagTapp aims to bridge India’s literacy gap, where only 130 million of the country’s 1.4 billion people are English speakers. Given nearly 99 percent of all online content, including critical documents, is published in English, the language barrier is often insurmountable for a large section of the population.

MagTapp calls itself an “empowerment tool” that can fight this barrier by becoming default online and offline reader for users.

“Majority of users face problems while reading content when they get stuck with difficult English words. MagTapp helps users read content with the help of visual meanings. Just tap on words that are difficult to understand, and a Visual Meaning of that word will appear in a second. You don’t have to search for words in a dictionary or Google. Just tap on them to find a meaning.”

MagTapp claims to have accumulated 1.01 million users in six months, with MAUs of about 300,000. It has served 40 million visual meanings, and recorded 95.4 million screen views with a daily user engagement rate of about 14 minutes. By the end of 2020, MagTapp wants to expand to 100 languages.

The app is free and ad-free for now, but will include ads, paid video courses, and other sponsored content going ahead.

MagTapp is a multipurpose app that offers a slew of interesting features.

MagTapp Browser: This allows you to search and browse content online, and tap on any word to get an instant visual explainer. You can read the latest news updates,  and all other web content on the browser.

Interestingly, the browser also offers a Reading Mode (indicated by a play button) which lets you listen to news and other content on audio.

MagBot: This is a chat-based visual dictionary that lets you use text or voice search within the app to get the meaning of a word. MagBot can be used while reading a physical book, ebook, or document. You can even save the image cards (similar to starred messages on WhatsApp) for future reference.

MagDoc: This is the inbuilt universal document reader integrated with document translation and document-listening features. It supports PDF, DOC, XLS, PPT, and other documents, and lets you search for visual meanings of words by long-tapping them.

MagDoc also lets you access over 10,000 user-generated documents and educational books and even lets you import ebooks for reading.

MagSave: MagSave lets you save your favourite words, visual cards, webpages, and documents in offline mode.

MagNote: This is a nifty note-taking feature that enables you to jot down points on the go while reading a document on MagDoc.

The app’s other features include MagTapp Translate (for translating messages and posts from WhatsApp, Facebook, Twitter, etc.), Word Game (for revising the meaning of words), and English Idiom (for education on popular word usages).

Verdict: Unlike anything else

MagTapp is a really unique product with a use case — visual browsing for learning — that has not been exploited so far. That makes it both a utility and an educational tool, which blends intrigue, learning,  and content discovery.

Its search results are prompt and detailed, and will keep you engaged for long. However, some users have reported blank screens on a few word searches. This will, of course, change when MagTapp expands its library of visual meanings and idioms, and also adds more languages for a wider reach.

The app offers a beautiful Night Mode feature that gives it a classy look and feel, and a Backup & Cloud Sync feature that maintains users’ word history and ensures a seamless reading and learning experience.

You can find MagTapp’s homepage a bit busy and jarring. So, an option to choose features to display and hide on the feed would come in handy.

Besides this, there’s not much to complain about MagTapp. It is built for an India that is untapped and underserved, and is likely to touch a chord. Especially, under the current circumstances.