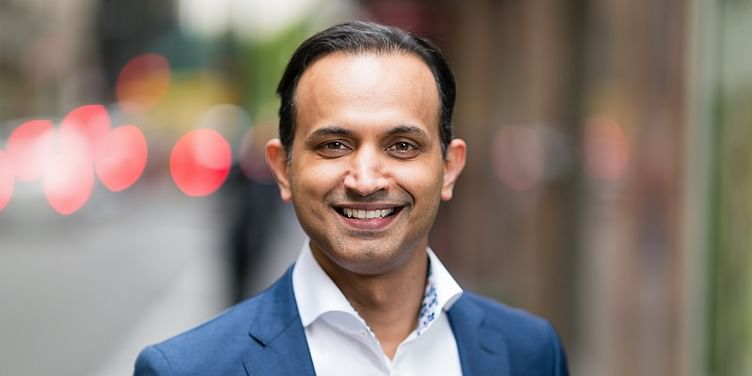 Founded by Anil Mathews, the Singapore and Bengaluru-based startup has built a large data resource, which can tell how consumers are behaving by location.

In today’s digital era, marketers are collecting massive amounts of data from consumers through the internet. Platforms like Facebook, YouTube, and Google have a lot of data about people, and companies are on a constant chase to capture user data to promote their products. However, not many companies have the data from the physical world.

To capture this, Anil Mathew founded Near in 2012. The Singapore and Bengaluru-based startup was initially called AdNear, which used location data to serve customer-relevant ads. Eight years on, it has emerged as a SaaS (software-as-a-service) startup, which collects real-life data about consumers and merges it with online data to create their profile.

“In 2012, we were an early and probably the only player in the APAC region to provide location data that was used in digital advertising. In 2014, we expanded to Australia and Japan and started using location data to power visitation insights in addition to advertising. This led us to drop the ‘Ad’ in ‘AdNear’ in 2015. This was in line with our natural progression of using data for more than just advertising,” says Anil.

At present, the company’s SaaS solution allows brands, enterprises, and publishers to use location, transaction, and other real-world signals for data analytics and marketing.

Near, which has raised over $134 million from marquee investors like Sequoia, has multi-million dollars in revenue. But, it does not want to make the exact numbers public.

After launching the startup in 2012, Anil started travelling to the US to understand how he could use location data for the benefit of brands. He met with companies in Silicon Valley to understand their needs and realised there was a significant opportunity to create a SaaS offering that could transform their data into powerful and actionable intelligence.

“Since then, we have invested deeply in developing the platform by acquiring diverse data sources, have put efforts in data science to convert them into intelligence, and refining these models across markets,” he says.

In 2015, the company was still big in adtech. However, Anil decided to scale the idea as the startup’s location data was becoming far more valuable to its customers.

“Moving an existing business to a new model is like changing tires on a running car. This could literally kill a business. We decided to take the risk, but that came at a price of letting go of our transactional revenues, and we dropped 60 percent of revenues in 2015,” says Anil.

He adds, “The industry at that time was undergoing a huge digital transformation where publishers and marketers were capturing monetisable data about their customers through CRM and website. But with behemoths creating their network and taking away a chunk of the advertising pie, publishers started seeing a constant need to innovate to stay in the game. This is where we came in,” says Anil.

“We launched our flagship product Allspark in early 2017. It was a first of its kind, enterprise SaaS product in the data-led MarTech (marketing technology) industry to power AI-driven marketing. By the end of 2017, Allspark became the fastest growing SaaS product to achieve $10 million ARR in 10 months, and has been doubling revenues YoY,” says Anil.

Near gathers data from a diverse set of data partners such as data aggregators, app partners, Wi-Fi partners, public hotspots, census data sets, and regional data partners across markets. It then takes the raw, unfiltered, and unstructured data signals and puts it into context by adding a layer of data science on it. Near’s customers can then understand the behaviour of users not just based on the places they are visiting, but the behaviour they exhibit in the real world.

At present, Near has clients like Mastercard, WeWork, and BCG. It has taken the startup close to seven years to expand globally to reach the $1.6 billion scale.

According to the founder, their decision to centralise all functions to their tech hub in Bengaluru helped them scale. The second reason was selling through channel partners that helped them get a strong footing in multiple countries. Finally, they found strategic investors in markets that mattered and also helped them with access to key resources.

“Our strength lies in combining data signals from disparate sources and making them available through highly intuitive SaaS products. While other companies in the space have focussed on leveraging data for building advertising services, we have been investing in enhancing the depth and breadth of data in our platform and in data science that convert these diverse sets into actionable and accurate intelligence,” says Anil.

“With our offerings, our clients can get easy access to customer behaviour outside their network - where they eat, shop, what competitor stores they go to, and other interests in the real world. This, especially in the cookie-less world, is a gold mine for first-party data owners,” adds Anil.

The startup follows an enterprise SaaS business model where it sells the product to the customer annually, and signs long term contracts with them. The company has signed over 100 businesses until now. Anil recalls that their first client was a leading consulting firm.

And with WeWork, Near was able to overlay their real-estate data with its insights to help them get a deeper understanding of audience profiles across neighbourhoods. With this intelligence, WeWork could develop a dynamic pricing model for different locations, and move away from a flat pricing model. Currently, the company also works with Singapore Press Holdings and Verizon.

Anil says their ability to carry on the consumer journey outside of a brand’s ecosystem is what really excited investors. Secondly, the startup follows a privacy-by-design principle, where all incoming data is anonymised and consensual. In fact, they are GDPR (in Europe) and CCPA (in California) compliant. Being proactive about data privacy has enabled them to continue doing business across countries, irrespective of stringent privacy laws.

“Being an entrepreneur can be very overwhelming. One needs to stay focussed and inculcate the ability to understand that not all problems have the same level of priority. It is easy to say “yes” to every problem your customers face, but the key to success lies in choosing your focus areas and work in that direction,” says Anil.

The startup wants to hire more talent in India in the future, and over the next 18 months, it wants to expand to Europe and the US.

The company has also launched an Entrepreneur-in-Residence Programme called N’EIR. The 12-month fully-paid programme for experienced professionals will equip their EIRs with domain knowledge and expertise to lead their business.

During the programme, candidates will spend six months in Bengaluru and later six months in one of Near’s overseas offices. The startup is currently scouting for partnerships with B-schools like IIMs and ISB in India, and Harvard and Stanford in the USA.

During the COVID-19 crisis, the company has helped businesses understand the impact of the lockdown and has released the Mobility Index. The company competes with global companies like PlaceIQ, Cubiq, and Bidstalk.