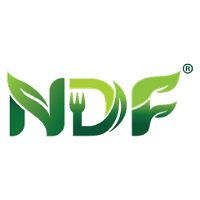 Arpita Doshi first discovered her love for cooking at the age of eight when she began experimenting with various foods. Little did she know that her hobby would someday evolve into a mission to help people cope with the spate of noncommunicable diseases (NCDs) brought about by poor diet and lifestyle choices.

She decided to pursue a postgraduate degree in Microbiology, following which she went to the UK to complete her post graduation in Biotechnology before returning to India. Over the years, she observed various members of her family suffering from health setbacks, such as diabetes, hypertension, arrhythmia, and others.

Arpita herself was facing issues with obesity. “To top it all, I caught swine flu when I was pregnant with my son. I found myself in the ICU for 26 days on a ventilator,” she says.

Arpita observed that dietary habits and lifestyle choices followed by herself and her family over the years was a major cause of these health setbacks. According to the World Health Organization, NCDs, which include cardiovascular diseases, cancer, and diabetes, among others, kill 41 million people each year, which is equivalent to 71 percent of all deaths globally. Physical inactivity, and unhealthy diets are major contributors that increase the risk of dying from such categories of NCDs.

On seeing that medical science cannot influence diet and lifestyle choices, and determined to help out the millions like her who were saddled with the burden of dealing with such diseases, Arpita decided to do her bit to address this global health issue.

Given that influencing the choices and food habits of individuals is a difficult exercise, Arpita realised that just speaking about dietary interventions would not be viable to tackle the issue effectively. Realising that nutrition-packed, tasty, innovative, economic, and easy-to-make food options were limited, Arpita sensed the opportunity and founded Nutrition Dynamic Foods (NDF) in 2015.

Arpita and her team aimed to create a line of food products that falls between medicine and food, thus validating Hippocrates’ famous saying: “Let food be thy medicine and medicine be thy food.”

To that end, they experimented with various home remedies to create antioxidant-rich-foods that are functional towards positive health building, while also being affordable. She gives an example.

“Juicing is a common practice in the winters when vegetables of good quality are available at reasonable rates. Every morning I used to prepare juice for my family, especially with bottle gourd (dudhi) , as my father-in-law was diabetic and suffered from hypertension. Research around its medicinal benefits points to its lipid-lowering ability and cholesterol reduction. This makes it ideal for any person aiming to reduce fat,” she says, adding that the glycosides present in the vegetable also helps with managing diabetes.

Given that dudhi is naturally flavourless, Arpita came up with the idea of mixing it with jaljeera, a cumin-based digestive drink popular in many parts of the country. The team found validation for their product when they participated in the cultural festival of IIM Ahmedabad and got positive reviews for NDF Dudhi Jaljeera. “This gave us confidence in the likeability of its taste despite not having the usual sweetness seen in beverages,” she says.

In a similar vein, NDF designed 16 products in 2016 using only traditional vegetables, herbs and spices with no sweet-tasting elements. These included beverages, snack premixes, dessert premixes, soup and other food categories. NDF also filed 10 patents for these products in 2017, which Arpita says is their USP as it backs the science and innovation behind them.

Aside from Dudhi Jaljeera, NDF also formulated the AMRIT JARA that aims to boost immunity by combining Vitamin C and Curcumin-rich ingredients such Amla (Indian Gooseberry) and lemon along with Turmeric, Ginger and a natural antacid like Kokum to maintain the pH levels of the stomach.

The products are targeted to help those in the 30-80 year age bracket, right from homemakers suffering from obesity and anaemia, to corporate employees and senior citizens dealing with acidity, hypertension and gastritis, among other problems.

NDF also continued to participate in various trade fairs in order to get feedback on the palatability and economic viability of their products. In 2018, its products were listed on Amazon.in and began to receive recognition. It won the All Food Scientist and Technologist (India) (AFSTI) for Young Entrepreneur/ Food Innovation Award at CSIR-CFTRI, Mysore.

By this time, Arpita also started writing many articles and blogs to bring about awareness of these products in the scientific and commercial realms. In December 2019, Arpita was invited to two international conferences, one in London and another in Germany as a speaker. After its products had been exclusively sold to dieticians for two years, NDF started to penetrate local markets in 2019.

NDF looks to increase its commercial product range to 10, up from the existing three. “We are planning to increase our product range across the snack sector in order to give more dynamic gluten-free products,” says Arpita.

While it has not been smooth sailing in the current scenario, NDF has focused on eliminating the gaps that drain its resources and implement smarter ways of doing business.

“Right from the beginning, we had decided never to implement job loss and our employees were given salary on time even during the lockdown, which made them more loyal to us,” she says.

NDF aims to provide online consultation in product development to existing businesses who wish to redesign their existing products in terms of nutrition and functional foods.

Currently, its products are only available in Ahmedabad and Gandhinagar and on Amazon. Arpita hopes that in the near future, they will be able expand to Tier 2 cities across India and all other ecommerce platforms, and that their efforts towards developing export channels to Africa, UAE, Europe and the UK will bear fruit.

To know about NDF and its offerings, click here.

YS Learn: How entrepreneurs’ anxiety and moods affect teams and what they can do to bring in productive behaviour

Here’s why skill development must translate into entrepreneurial training