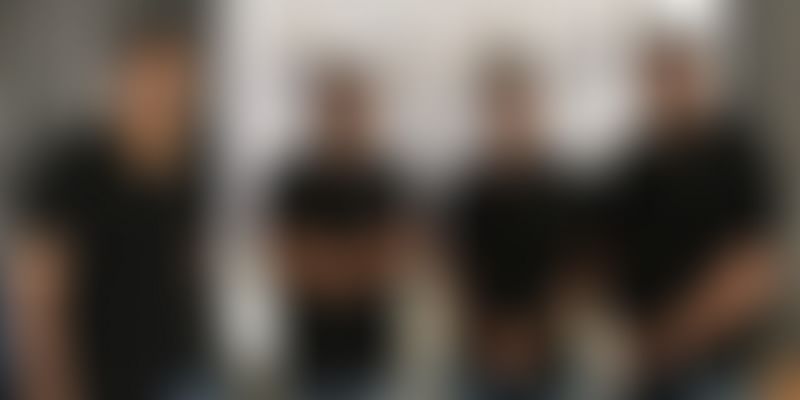 Do you find it a bit inconvenient to always go to the store to buy a cake? And let’s not even count how many times the icing gets ruined while transporting the cake back home.

Enter Bengaluru-based WarmOven which offers everything that cake dreams are made of. Founded in December 2013, under the parent company Kouzina FoodTech, WarmOven delivers fresh cakes and desserts. The foodtech startup boasts of 25 FSSAI-certified cloud kitchens across Bengaluru, Pune, and Hyderabad.

But cakes have always been synonymous with walking into a local shop and personally selecting a bake off the shelf. So why go with cloud kitchens?

“Cakes are never consumed at the point of purchase and logically, it is a category meant for takeaway or home delivery. Furthermore, cakes are fragile and difficult to carry,” Gautam tells YourStory.

Thus, the team set up a delivery-led kitchen, at a time when the term ‘cloud kitchen’ was yet to become popular. While Rohankumar led the operations, Gautam, Mahesh, and Sumit were still working on the sidelines. “We spent almost every single weekend since December 2013 working on our side-project,” Gautam says. He, along with Mahesh, would be manning the phone for orders, while Sumit built and managed the website.

This continued for the next five years, until happy customers and word-of-mouth brought in so much demand that the team couldn’t manage it as just a side-project. The business started requiring full-time attention. “This, coupled with the fact that we nursed the dream to give wings to the business, and it would only materialise if the three of us took the plunge,” Gautam explains.

In 2019, Gautam, Mahesh, and Sumit committed to the cake business and joined the team full-time.

Gautam and Mahesh call themselves ‘former failed-entrepreneurs’. The former is an alumnus of IIT Madras and London Business School. Gautam’s last stint included being the VP- Strategy and Corporate Development, at ride-hailing giant Ola. He was instrumental in setting up Ola Foods’ private brands and the kitchen business. He was previously a Partner at Ojas Venture Partners and had also co-founded CartPerk Technologies, a data-driven couponing and promotions platform for FMCG brands. He is currently the CEO at WarmOven.

COO Mahesh, is an MBA graduate from IIM-Ahmedabad. He was previously the Director at Flipkart, and Senior Product Manager at Amazon. Mahesh had formerly founded The Chocolate Room.

CTO Sumit is an alumnus of IIT-Delhi and has previously worked with Oracle, and was the Senior Director, Software Engineering for CA Technologies. Rohankumar is a seasoned food industry executive, and currently heads operations at WarmOven.

The foodtech startup currently has 250 employees.

The B2C foodtech startup operates as a digitally-enabled delivery-led food brand, from a network of hyperlocal cloud kitchens. Gautam says that the brand is available online for consumers in every five-kilometre radius. WarmOven leverages the distribution capabilities of Swiggy, Zomato, Dunzo, and Amazon for deliveries. Additionally, customers can also order from WarmOven’s website.

While offline players have been struggling with lower footfalls since the beginning of the coronavirus pandemic, WarmOven remains relatively unscathed. It does not have any offline stores. “Running operations have been difficult but we are fortunate to have exceptional field and kitchen operation teams,” Gautam says.

According to a report by Toptal, more than 60 percent of all restaurants fail in the first year of operation, and nearly 80 percent are shut down by their fifth anniversary. And the most common reason for failures is the location. Cloud kitchens do away with that metric, allowing restaurants to operate without having a physical presence.

According to Reports and Data, the global cloud kitchen market was valued at $0.65 billion in 2018 and is expected to reach $2.63 billion by 2026, at a CAGR of 17.2 percent. Thus, there is a huge opportunity for every player to thrive and acquire market share. One of the players making a mark in India’s cloud kitchen industry is Rebel Foods, which is valued at more than $500 million.

However, Gautam says, “Running an operational business in the restaurant industry is not for the faint-hearted.” He explains that most restaurants fail due to the lack of processes and high attrition, among other reasons.

“The barriers to entry are low in the industry, but barriers to scale are very high,” Gautam adds. He says that delivering consistent customer experience every single day, and from across multiple outlets, cannot be possible without operational rigour and strong processes.

WarmOven competes with the likes of bakeries such as Just Bake, Mongini’s, and French Loaf. Rebel Foods’ Sweet Truth is also a growing player in the cakes and dessert section.

So far, WarmOven has served a few hundred thousand customers, and has been growing organically at more than 100 percent year-on-year.

WarmOven has been bootstrapped since inception, and it recently raised an undisclosed amount in its seed round. Serial entrepreneur Jyoti Bansal led the round. Other investors backing the foodtech startup include Anuj Srivastava of Livspace, Harpreet of CoCubes, Saurav Chopra of PerkBox, Nitin Gupta of Ola Money, and Abhishek Goyal of Tracxn.

Post the funding, the company launched goodie boxes. These ‘WFH’ (work from home) boxes range between Rs 299 and Rs 699. The startup further plans to launch a subscription-model for baked goodie boxes.

WarmOven plans to become a Rs 300 crore company by revenue in the next 24 months. “We have an established blueprint for growth and are now executing to get there,” Gautam says.

Going ahead, WarmOven is planning to raise more funds to accelerate its growth, and plans to expand its presence nationwide. “We are not delivering cakes, we are delivering emotions and happy moments in our customers’ life,” Gautam says.