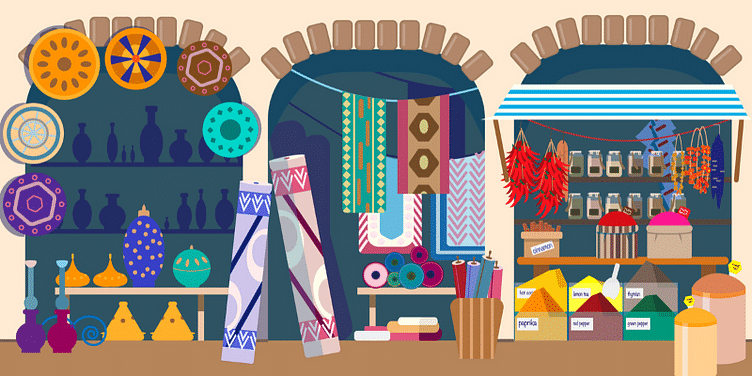 The company, which had started GSP in 2015, allows Indian companies to export to other countries through 15 Amazon websites globally.

Ecommerce giant Amazon on Monday said Indian micro, small and medium enterprises (MSMEs) and brands that are part of its Global Selling Programme (GSP) have crossed $2 billion in cumulative exports.

The company, which had started GSP in 2015, allows Indian companies to export to other countries through 15 Amazon websites globally. The programme had started with a few hundred sellers and now has over 60,000 exporters.

In January this year, Amazon had pledged to enable $10 billion in cumulative exports by 2025.

Amit Agarwal, senior VP and country head Amazon India, said micro, small and medium enterprises (MSMEs) are the backbone of the Indian economy and by digitising them, the company is contributing towards boosting exports and job creation that will empower inclusive economic growth of the country.

"The GSP helps take homegrown businesses global and provides an avenue for MSMEs to build global brands. The programme is witnessing momentous growth. It took three years for the programme to hit exports of $1 billion and now it has grown 100 percent to hit the next $1 billion in less than 18 months," he added.

Agarwal said the programme has helped MSMEs sustain their exports business and in turn, supported hundreds of families amid the COVID-19 pandemic that has led to lockdowns and disruptions in supply chains globally.

"Exports will continue to play a critical role in this revival. GSP is helping local go global. This is more important than ever for our small businesses, and for the nation, as it recovers from unprecedented time. We will continue to empower Indian MSMEs to realise their potential and make exports easy," he said.

Agarwal added that Amazon remains committed to its pledge to digitise 10 million MSMEs, enable one million incremental jobs and drive $10 billion in ecommerce exports by 2020.

Nitin Gadkari, Union Road Transport and MSME minister, said the MSME sector contributes about 30 percent of the growth of the country and about 48 percent of India's exports.

Stating that exports is a key priority for the government, he said the focus is on supporting Indian MSMEs to be more successful in the international markets and increasing their share of exports to 60 percent.

He suggested that products exported through GSP can be classified as micro, small and medium and making separate categories for handloom, handicrafts and agro-MSMEs.

"The product quality (of MSMEs) is very good but they need packaging, good designing," he said adding that this will help in further enhancing popularity of Indian products in international markets.

The minister said products like honey, mushroom and furniture have huge potential.

He added that Amazon — with its global expertise — can help Indian MSMEs with insights on product designing and marketing, making it a win-win for both the e-commerce giant and Indian companies.

Amazon also released its 'Exports Digest 2020' on Monday. It said the number of exporters on Amazon has grown to over 60,000 with sellers joining from metros as well as Tier-II and III cities.