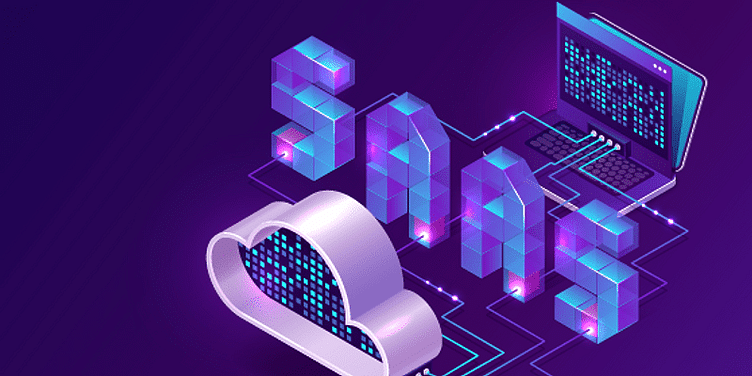 By 2025, the pure-play India SaaS industry has the potential to grow to $13-15 billion, reporting a 6X growth, NASSCOM said in its report.

Indian trade association NASSCOM on Thursday said that the country's SaaS revenue reached $3.5 billion in the FY2020. The trade body added that of the total revenue reported by Indian SaaS companies, 75 percent of it was achieved through global sales.

“Clocking a growth rate of about 1.5 times faster than the global SaaS landscape, top Indian pure-play vendors are dominating the SaaS market, with the top five vendors accounting for about 33 percent of market share,” the report said.

NASSCOM, in partnership with ﻿SaaSBOOMi﻿ and ﻿Zinnov﻿, released a report titled, “Riding the Storm: Towards the Giant India SaaS Opportunity,” which said, by 2025, the pure-play India SaaS industry has the potential to grow to $13-15 billion, reporting a 6X growth.

Fuelled by an increase in cloud consumption, need for scalability, and digital technology adoption, the Software-as-a-Service (SaaS) industry, globally, has grown significantly with a market value of $100 billion in 2019, the National Association of Software and Services Companies (NASSCOM) said.

“It is estimated that by 2025, the global addressable market for SaaS will be around $400 billion. However, these companies must ensure business continuity during times like COVID-19,” the report said.

In a statement, Debjani Ghosh, President, NASSCOM, said, “It is phenomenal to see SaaS emerging as a key growth driver for the country. As a technology industry, we have barely scratched the surface when it comes to the use cases that can be delivered via SaaS to benefit across sectors. India today needs greater cross-industry collaborations, supportive government policy, and investment in deep technologies, to further the growth of the SaaS industry exponentially.

India is known for its world-class software services, and in the past couple of years, the country has become an upcoming SaaS destination, with 75 percent of the demand for Indian SaaS products coming from overseas markets.

As of 2020, India has six SaaS unicorns and is expected to see the emergence of many more by 2025. Further, the industry is also seeing an increase in investment sentiments from key Indian and global investors, the report said, adding, “SaaS funding in India has grown by 15 percent CAGR over the last three years.”

Globally, the Americas are the highest SaaS adopters, accounting for almost 60 percent of the market. In fact, the US accounts for over 70 percent of global SaaS funding.

Today, the Indian SaaS industry has over 1,000 companies, with 150-plus companies generating an ARR greater than $1 million.

Among the Indian cities, Chennai has emerged as the “SaaS capital” of the nation, generating $1 billion-plus in revenue. India’s top IT services companies are also building products and platforms that leverage the said model.

To realise the $13-15 billion in revenues for the Indian SaaS industry, NASSCOM also suggested a few initiatives that can be undertaken: