Everything we are doing to murder the virus is also murdering the economy, says Manish Sabharwal 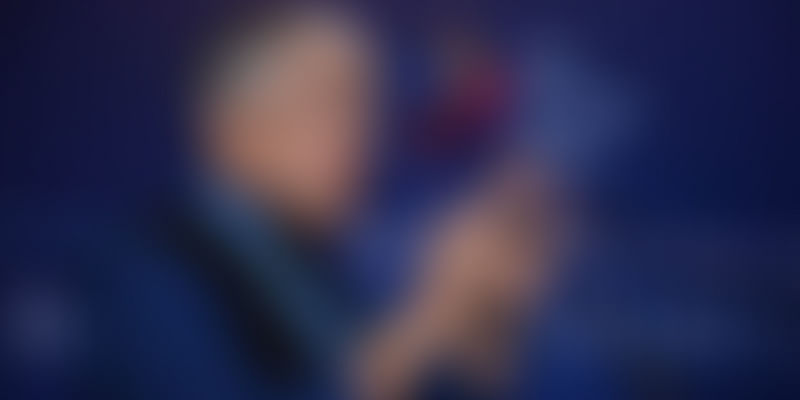 Manish Sabharwal, Chairman and Co-founder of Teamlease Services, believes that there will indeed be a lot of pain in the economy due to the pandemic but India should use this opportunity and take advantage of China’s problems to its benefit and increase its manufacturing.

COVID-19’s impact on the global economy is now becoming a major concern for economists across the world. The pandemic has opened the floodgates for crises such as supply shortage, increasing prices, loss of jobs, and declining revenue among others. The effect of the falling global economy is also leaving its mark in India. According to the recent IMF estimates, India’s 2020 projected real GDP is expected to fall by 4.5 percent.

What demonetisation did to digital payments, COVID-19 is doing to Yulu, says co-founder Amit Gupta

In an interaction with YourStory on Money Matters with Shradha Sharma, Manish Sabharwal, Chairman and Co-founder of Teamlease Services, said that steps which are being taken to “murder the virus” is also “murdering the economy,” and even though the sequence of developments may be correct, they are not easy.

Reforms needed to fight the crisis

Manish says that India needs to take advantage of the issues surrounding China to increase manufacturing. He explains that currently, wages in China have gone up, the brand image is suffering amid the COVID-19 outbreak, and the US has put China in a pinch due to trade issues. This, he believes, can be the opportunity for India which the country missed in the 1990s and the 2000s to increase manufacturing.

“It is delusional to expect the Indian economy to behave differently in war times than it does in peacetime, which is why all of us should be fighting for reforms in ‘regulatory cholesterol’, banks, and many other things which are holding India and its citizens back. We need structural reforms, educational reforms, and we are also inadequately financialised,” Manish adds.

Manish currently holds the responsibility of Chairman at Teamlease Services, the country’s largest staffing and human capital firm. He established the company along with his two co-founders Ashok Reddy and Rituparna Chakraborty in 2002 to provide manpower solutions, regulatory consulting, and payroll outsourcing services. Prior to this, he had also co-founded an HR outsourcing startup, India Life, which got acquired in 2002. Following the acquisition, Manish held the responsibilities as CEO of Hewitt Outsourcing (Asia) based in Singapore for two years.

Currently, he is also a member of the National Skill Mission and Central Advisory Board of Education, under which he works with several state and central government committees to improve education, employment and employability across India.

Speaking about the need of short-term flick of the pen reforms, the Teamlease Chairman adds that laws can be changed to make Employee Provident Fund voluntary, subsidise Employer Provident Fund, return pending tax refunds, provide ESI holiday for 18 months and make ESI contributions to Re 1 per employee, pass a single labour code, and do away with the numerous number of compliances.

“I think we have a massive policy window due to the coronavirus and we need to make life easier for entrepreneurs, firms, and we need to take advantage of China’s current problems and get ahead in manufacturing,” he says.

Manish highlights that cities are an “engine of prosperity”, and development at the city level is important to boost the GDP of the country. He explains that there is a need to have “CEOs of cities”, similar to the mayoral system, who will solve ground-level problems and ensure job creation.

The chairman and co-founder also explains that there is a need for more productive firms. “Entrepreneurs can create two kinds of companies – a baby and a dwarf. The difference being that baby organisations have the chance to grow but dwarf organisations stay the same. India is a nation of corporate dwarfs – we have 63 million enterprises where 12 million businesses do not have offices; only 12 million are registered for GST; only one million pay social security, but more tragically, there are only 19,500 companies in India which have paid-up capital of more than Rs 10 crore,” Manish says.

In order to have more productive organisations, he explains that India needs the banks to get financing boards, and requires a more vibrant venture capital market. He believes that currently, the governments need to make sure to create an easier ecosystem for people to work in, and at an individual level, people need to work on achieving required skills and need to reduce failures at the educational level.

“I think the education system, vocational training and school system needs to be fixed for individuals. For businesses, we need a more fertile habitat and for cities, we need better governance and reforms,” Manish says.

Right now is not the time to judge people but to help them: Lendingkart Co-founder and CEO

COVID-19 can push India to do better

Manish believes that the COVID-19 pandemic can push the Indian government and its people to develop the economy and correct the mistakes made in the past. He believes that India needs to do five important things – “urbanise, financialise, industrialise, formalise, and upgrade skills” to be able to improve the economy.

He adds that India might be suffering more amid the COVID-19 crisis because of the mistakes it made in 1947. “India took two huge risks in 1947 – political and economical. The political risk paid off spectacularly and we created the world’s largest democracy on the infertile soil of the world’s most hierarchical society, which is not a small accomplishment. But we did not create the world’s largest economy,” Manish says.

He adds that the nation needs to think about why the country failed to create a strong economy like other countries such as the US. He explains that the major reason behind this is productivity – which is embedded in their [US] ecosystem including institutions, capital markets, and entrepreneurs.

“The mistake we made earlier was the 1955 Awadhi Resolution, which then became the 1956 second five-year plan, which kneecapped startups and entrepreneurs, put the public sector in charge with nationalised banks, and today, India’s per capita income is $200. South Korea’s economy was the same as India’s in 1960, Singapore’s was the same as India in 1965, and China was the same as us in 1995. We need to realise that we did not make the downpayment. We did not urbanise, financialise, industrialise, formalise and skill ourselves enough,” Manish says.

He believes that India’s problem is not jobs but wages, and thus the COVID-19 crisis should be utilised to form allies, reduce the ‘regulatory cholesterol’, financialise, and urbanise India. He highlights the importance of creating cities and adds that there is a need to take jobs to the people. He says India failed to create 200 more cities which could have led to job creation. He also added the need for more financial institutions, banks, better regulations, and ensure India achieves a 100 percent credit-to-GDP ratio.