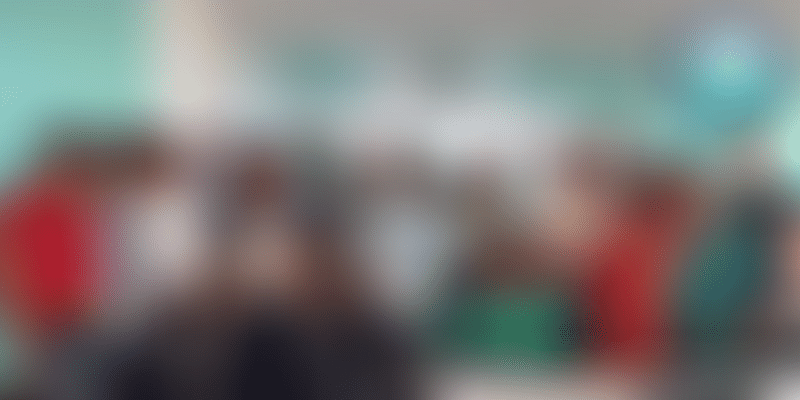 A product roadmap clarifies the why, what, and how behind what a tech startup is building. This week, we take a closer look at the fintech startup Simpl, which lets people make online purchases with one click and pay later.

In 2014, when Chaitra Chidanand returned to India from the US, she was dismayed to learn that she wasn’t eligible for a credit card as she had never paid taxes in the country, and didn’t have a permanent address either. To make matters worse, it took her eight weeks just to obtain a bank account and a debit card.

On the other hand, her husband’s friend Nityananda Sharma, who ran an advisory firm, also returned to Mumbai from New York at around the same time, and found that even his hedge fund experience couldn’t help him tackle the Indian banking system. It took him many application forms, a new fixed deposit, and multiple visits to the bank to get a platinum card.

Realising how complicated financial systems and products are in India, the duo launched Simpl in 2016. An online payment instrument, Bengaluru-based ﻿Simpl Pay﻿ works as an additional credit wallet that allows a consumer to buy now and pay at a convenient time later.

At the core of the product, the co-founders’ aim is clear — provide simple, transparent financial services to everyone using just a smartphone and one click of a button in real-time.

“We work with merchants and financial institutions to enable a world where every monetary interaction is effortless and transparent. This helps online retailers give their consumers an exceptional checkout experience and post-transaction customer service,” says Nityananda, Co-founder and CEO of Simpl.

Simpl uses data, design, communication, and network for timely payments. The co-founder claims that the startup’s growth can be credited to its use of technology, data, and credit risk management, topped by lots of courage.

The core system is built on polyglot microservices, largely of Ruby, GoLang, and Python. The startup leveraged AWS and its multi-AZ capabilities to provide for high availability. It also adopted a mix of open-source and homegrown tools for DevOps.

The co-founder explains that the platform offers a superior payment experience (industry-high success rates, time of transaction, and refund success), enabled by credit.

“We have a spectrum of users, from an average credit seeker to someone who values the convenience of our superior payment experience. Our users do not behave like typical borrowers, but it is imperative for us to safeguard our capital. This forces us to revisit conventional lending wisdom and develop a fresh understanding of capital management for credit-driven payments,” adds Nityananda.

With AWS as the backbone, Simpl has built a lot of proprietary technology in-house. From serving a single merchant — cloud kitchen brand Faasos, owned by Rebel Foods — the startup now has over 1,000 partners.

“To build the infrastructure to scale, we had to take a disciplined engineering and risk management approach. We were able to build better risk and underwriting models. We believe that our moat is deep, consisting of not only the merchant side integrations and proprietary data, but also of our models 'performance over time, and the learnings obtained by utilising them, which create immense barriers to entry for new participants,” says Nityananda.

“In the early stages of the product, we had to keep reiterating and experimenting with data modelling. The [credit] limit for every customer is personalised to account for the risk, ability to pay, and their expected usage amount, which is based on transaction data, mobile data, etc,” says Nityananda.

Simpl has built an infrastructure with an advanced anti-fraud and underwriting model to scale its product. Through the invite-only nature, the platform attracts a positively-selected group of convenience seekers (rather than credit seekers) who constitute loyal and valued customers, creating an inherent risk mitigation framework.

“I was confident about the product, but my biggest surprise was how much users were loving it. I believe that UX/UI is the starting point for everything Simpl does. And we want to give the best user experience to our customers. We conducted a few feedback surveys, CSATs, etc., and gathered valuable inputs about specific user experiences. And it helped us to optimise the user onboarding on our website and app,” explains Nityananda.

Harnessing the power of data

Data processing is integral to Simpl’s operations. Nityananda says that the platform receives millions of signals every day that to be processed, stored, and interpreted to enable credit decisions at scale.

The platform’s data collection engine assembles structured and unstructured data from its network, which helps it predict customer behaviour. Various user touchpoints just dump data points into the event store, which are then parsed by various subsystems to glean the necessary ones asynchronously.

Utilising this proprietary data, the startup is uniquely positioned to enable merchants to offer personalised rewards to the right consumers directly and in real-time, says the co-founder.

Simpl’s affinity and credit models are based on machine learning (ML) algorithms. The startup had to open up its consumer funnel wide enough to be able to observe ‘bad behaviour’ that would equip the team to build anti-fraud systems and prevent ‘bad’ users from entering the system.

In addition to hindering adverse selection through its pre-approval process, Simpl has also removed any negative experiences for first-time users, who would otherwise be denied a line of credit.

For merchants, onboarding Simpl requires the integration of Simpl’s SDK (software development kit). From there, the company operates on a series of APIs (application programming interface) that let it remain lightweight.

“All this was being monitored closely and we kept updating the models. The first product was convenient enough for users. Of course, there were a few UI fixes and feature additions to improve the user experience,” says Nityananda.

Building a multi-party marketplace from the ground up with an unproven business model is quite challenging. The hardest thing was to convince the first set of merchants to join the Simpl network.

After all, without an established precedent, why would anyone want to be the first node of an unproven network.

“We often joke that the first 10 merchants are impossible, the next 100 are very hard, but the next 10,000 are easy. On the consumer side, the same chicken-and-egg problem exists, but our merchant network has now reached a scale where it makes sense for us to aggressively grow the platform,” says Nityananda.

So far, Simpl has raised $2.5 million in funding from IA Ventures and Joseph Saunders, the former CEO of Visa. The startup claims to have seen 5X growth in terms of processed transactions, and the app itself has clocked close to five lakh downloads.

“We believe that the best payment experience is ‘no experience at all’, and the only experience that matters is of buying and enjoying the purchase. And, this has always been one of my legacy beliefs, which I never plan to let go,” adds Nityananda.