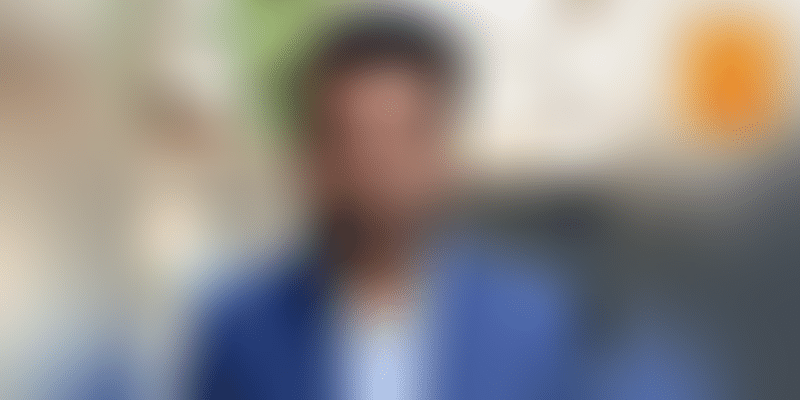 On an evening in June 2018, Harshvardhan Agarwal, a die-hard foodie, was watching a documentary on Netflix called Forks Over Knives. After watching the documentary, Harshvardhan, who had been a fond eater of junk food, felt gobsmacked about his food choices.

The documentary made him realise the adverse effects his food choices had on him and the environment at large. He turned vegan overnight and decided to help spread the message.

Next month, while on a trek to Grahan Valley in Himachal Pradesh, Harshvardhan wanted to eat something that was healthy, vegan, sugar-free and, delicious, and that could energise him.

After returning home, he searched for existing snack bars that met his requirements and ticked all those boxes, but came up empty-handed.

“When I found that there was a lack of a space, I decided to create it myself. So, I hired a chef and a plant-based nutritionist, and got to work on developing recipes for our own health bars,” Harshvardhan tells YourStory.

After about a year and a half of R&D, he launched ﻿O'Greens﻿ in February 2020 with an investment of about Rs 7 lakh. An ecommerce platform, O’Greens sells energy balls and energy bars that are claimed to be 100 percent vegan, naturally sweetened, and gluten-free.

“Everyone wants to do something for their health and for the planet. But no one has got time to do it themselves. That is when I thought why not create a product that gives perfect health to the person when they buy and eat, and at the same time, contribute towards making the planet healthier,” says the Harshvardhan, adding that with every pack it sells, the startup plants one tree.

Apart from making the product sustainable, he made sure that all its packaging was also made of recyclable materials. Additionally, he claims that the products have a shelf life of four months.

After college, Harshvardhan had joined his father in their family business which was into cotton textiles. He worked there for three years. However, it didn’t pique his interest.

With a group of friends, he started a foodtech startup in 2015 named YUH Foods which was primarily into selling into frozen foods and ready-to-eat products. The company used to get its products manufactured via a partner, and then branded with its name.

“I always wanted to do something that can create an impact or make a difference. But I couldn’t see myself providing any value in what I am doing. That is when I watched the documentary as recommended by my friend and that changed me overnight. I found my calling then,” recalls Harshvardhan.

The team had to face challenges in making the texture, binding, and the taste right, and ensuring the products had a good shelf life. But soon after he launched O’Greens, the coronavirus pandemic hit. However, the team sees this as a blessing in disguise.

“Earlier, we had to educate people to eat healthy food. With COVID-19, people are educating themselves now as they have become conscious of their bodies and families. They know what is healthy. Thus, we are seeing more people join the health revolution. Today, we just have to educate people on the benefits of our product and we are already seeing an increase in demand for our product,” adds the founder.

Apart from its website, O'Greens products are also available in other online marketplaces like Amazon, Flipkart, Snapdeal, Urban Platter, Healthkart, and Healthmug.

According to a 2017 IBEF report, the Indian food and grocery market is the world's sixth-largest with retail contributing to 70 percent of the sales. While there are other players such as Flat Tummies, Yoga Bars, Healthy Buddha, and Unibic, Harshvardhan claims his products to be purest, healthiest and the most sustainable of them all.

He further adds that he has applied for the organic certification for its products.

According to the founder, the products are manufactured in a solar energy-powered unit in Aurangabad. As of today, a total of seven people work for O’Greens.

The major ingredients for the products include pistachios, almond, dates, and saffron that benefit the overall physical and mental wellbeing of the consumer.

Elaborating on the same, Harshvardhan explains,

“For example, pistachios are the best stress-busting nuts ever. We use it along with saffron which is an instant mood enhancer.”

O’Greens has fulfilled over 1,000 orders to date across India and claims to be growing 100 percent month-on-month.

The startup is in talks with the distributors in the US and the UK, and is hoping to export to these countries by Diwali this year. It will also be launching a new range of flavours and products on to the market by the end of this year.