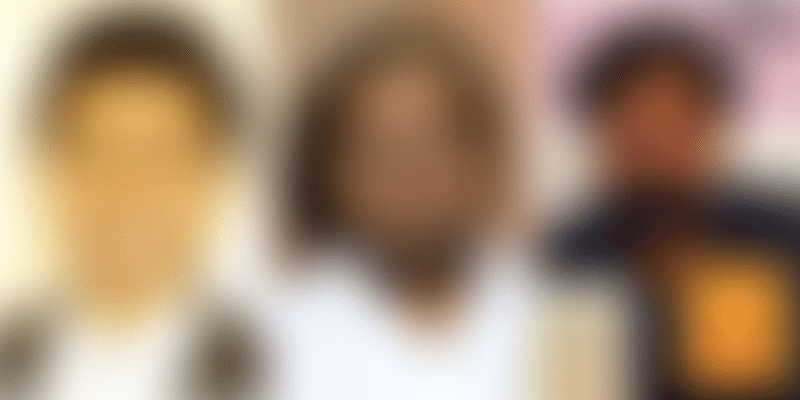 Crestkiting Retails has developed a ‘Space Sanitizer’ device, which uses negative air ionization technology to disinfect and purify indoor air. It releases negative ions, which ionizes the harmful pathogens, making them heavy and deactivating them.

The increasing number of COVID-19 cases, coupled with emerging evidence announced by the World Health Organisation (WHO) revealing the transmission of coronavirus infection through air, has increased the need to keep enclosed spaces such as home, office cabins, etc., sanitised.

Several businesses and innovators have pivoted business models and gone beyond their initial offerings to come up with solutions to fight the pandemic. One such startup is Kanpur-based Crestkiting Retails, backed by Ahmedabad-based incubation centre, iCreate.

The startup has developed a ‘Space Sanitizer’ device, which is a personal air cleaner, to remove harmful pathogens from the air inside enclosed spaces.

Pivot and Persist: This Chandigarh-based hospitality startup ventured into fruits and vegetable business to survive the pandemic

Founded in 2019 by Navneet Pal and Ankit Sharma, Crestkiting Retails is involved in developing air purifying solutions for better quality of health for people. The startup was launched by the duo with an initial investment of Rs 10 lakh.

Speaking to YourStory, Navneet says, Crestkiting was initially founded for the production of IoT-based home solutions. However, due to the COVID-19 outbreak, the company pivoted its idea to focus on air purification. The co-founders met each other while pursuing their BTech from PSIT Kanpur.

“Under the mentorship of Ashish Kannaujia and support from iCreate, we developed Space Sanitizer, which uses negative air ion technology to remove harmful pathogens from the air,” Navneet says.

According to Navneet, while researching their air purification solution, the duo came across ‘ionizer’ machines, which works on negative air ion technology. They were also used during SARS breakout.

He explains that negative ions have high health benefits and can improve moods, stabilise circadian rhythm, enhance recovery from physical exertion, and protect from positive ion-related stress and exhaustion disorders.

The Space Sanitizer looks like commonly used T-bulbs, and works on the negative ion technology. It releases negative ions in the air, which reacts and ionizes with the harmful pathogens, thereby deactivating them.

“The plug-and-play device ionizes the harmful pathogens in the air, making them heavy and thus viruses, bacteria, and other harmful microorganisms fall on the ground,” Navneet explains. The device components are sourced from across India and are assembled in-house.

He adds that the machine will not kill the pathogens but make them inactive as the process of ionization changes the composition and makes them inactive.

According to the co-founder, the machine does not need much maintenance as there are no filters to clean or change, and there is no need to spray air into vents or suck out dust from vents with a vacuum.

Navneet claims the device can be kept switched on 24*7, and it consumes less than five watts of electricity.

Navneet says, the device has been tested in the iCreate Lab, and the startup is currently in the process of getting the product tested by NaBL-accredited labs to understand its effect on the SARV-CoV 2 virus, which causes COVID-19 infection.

The device, which can be used to sanitise office rooms, homes, hospital rooms, small OPD, nursery, OT, ICU, etc., is priced at Rs 2,499. It is expected to be made available in the market by the end of July.

The startup is currently setting up distributors across the country for the sale of the product. Apart from this, the product can also be purchased online from the official website of the company.

Bengaluru-based ﻿Biomoneta﻿ Research is also involved in similar offerings. The biotech startup has developed a patent-pending air decontamination product, ZeBox, which traps and kills microbes that cause disease and product contamination. According to the company, ZeBox can pull in microbes such as bacteria, viruses, and fungi, from any environment and infected surfaces and kill them in 30 minutes.

Going forward, Navneet says, the startup aims to scale the product, and is coming out with versions to meet the needs at industrial level. Apart from this, the company is also looking to develop a series of IoT products catering to home automation and air purification solutions.