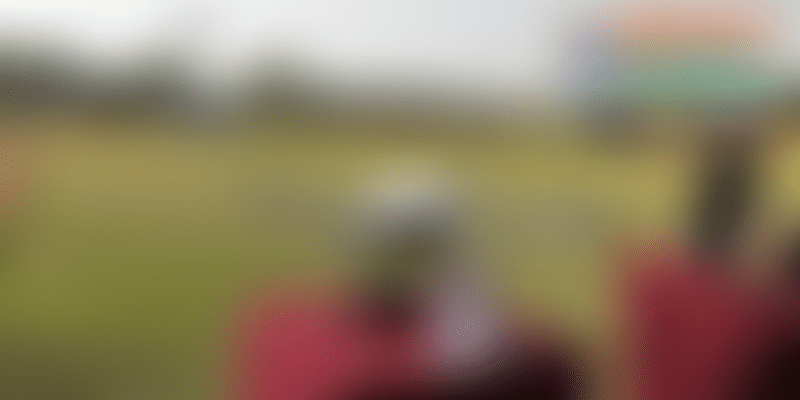 Chennai-based Vinveli makes indigenous UAVs or drones for Special Forces under the Ministry of Home Affairs, such as the National Security Guard and the Central Reserve Police Force, and the Ministry of Defence.

Gokul Anandayuvaraj, an aerospace engineer from the University of Texas, was working on several spacecraft projects in collaboration with NASA Johnson Space Centre, NASA Jet Propulsion Lab, and US Airforce Research Lab when he realised that the technologies developed at the research institutions needed to be commercialised.

In 2014, then 19-year-old Gokul, along with his college friends Yuan Qu and Eshan Halekote, founded Vinveli in Austin, Texas, to commercialise spacecraft technology. Later, towards the end of 2014, during the Iowa Startup Accelerator Programme, Vinveli pivoted to become a private Unmanned Aerial Vehicle (UAV) development and manufacturing company.

“The commercialisation of spacecraft technology was still in nascent stages and is mostly dominated by the government to government contracts. For us youngsters, it was impossible to break into that market,” Gokul tells YourStory, adding, “UAVs were being adopted at a fast pace in various sectors – right from agriculture to industrial inspections, search and rescue.”

Vinveli’s UAVs or drones are Ingress Protection (IP) certified and are built for extreme conditions. The startup is registered with the Department of Industrial Policy and Promotion (DIPP), Ministry of Commerce and Industry, and has been manufacturing and supplying drones to India’s Special Forces since 2016. Its clients include the National Security Guard and the Central Reserve Police Force under the Ministry of Home Affairs.

Besides this, Vinveli also manufactures UAVs for the Ministry of Defence. “Trial and evaluations have been completed and they are now looking at procurement,” Gokul says.

Yuan is an Aerospace Engineer. He previously served in the US Marine Corps for six years, and later served as a System Engineer at Texas Spacecraft Laboratory. Eshan, on the other hand, is an Electrical Engineering major and has interned with Apple and NXP Semiconductors.

To focus on manufacturing, Gokul shifted to India in 2015 and established Vinveli’s headquarters in Chennai. While Eshan stayed back in the States to pursue further education, Yuan initially shifted to India, and later moved back to the US to pursue a career there. Currently, Gokul is the sole Founder and Director of Vinveli.

He explains that Vinveli means ‘space’ in Tamil. Currently, the team has seven employees working out of Chennai.

Prior to Vinveli, Gokul had founded a social media website, Rockinfrnz, during his high school days. Rockinfrnz was LIVE between 2011 and 2012 and had received 1.7 million monthly hits at its peak. Gokul, however, had to shut it down later.

Drones, contact tracing apps became more acceptable during COVID-19 than ever before: India at UN

Vinveli makes UAVs upon receiving orders from the Special Forces. “We work with them to understand their needs and develop battle-ready solutions for their problems on the field,” he says.

Vinveli develops drones based on the understanding and requirements of the Ministry of Home Affairs. After successful trials and evaluations, the National Security Guard and Central Reserve Police Force placed orders for procurements. “Our drones have helped save lives in the battlefield as the machine is placed in front of the commando, taking the first git while eliminating the enemy of the commando,” Gokul explains.

The dronetech startup has two Indian patents. Its launcher and firing systems are completely indigenously designed and manufactured, with raw materials procured from India itself.

While the COVID-19 lockdown became an initial hindrance, the team has been using the time to iron out and make lithium-ion battery pack manufacturing process production-ready, which it plans to use for its future orders.

According to Gokul, the cost of the drones developed by Vinveli range between $10,000 – for the basic agriculture or imaging payloads, and $100,000 and above – for advanced sensor packages and navigation options such as swarming.

Gokul says that since its orders are limited to the ones placed by the Special Forces, there have been challenges with respect to payments. “With government departments, payments are usually delayed by up to six months, and in some cases, even more,” Gokul says. He adds that the opaque acquisition process makes it difficult for Vinveli to cut risks or losses in situations when orders are cancelled.

Its growth rate has also remained flat. Additionally, Gokul says that banks are apprehensive about opening credit facilities. This he attributes to the factor of delayed payments from the government clients.

However, Gokul adds, “The recent announcements by our Prime Minister and Finance Minister for preference to Make-in-India products, restrictions on defence imports, and a separate budget for domestic acquisitions are expected to be a game-changer for our market.”

The drone industry in India is still in its nascent stage. According to Investindia.gov, a recent report by FICCI and EY projected that the Indian UAV industry is estimated to be around $885.7 million, while the global market size would touch $21.47 billion by 2021.

Some of the dronetech startups to watch out for in the Indian ecosystem include IdeaForge, Aero360, BubbleFly, Asteria Aerospace, Drona Aviation, Skylark Drones, and Edall Systems. However, Gokul says that Vinveli does not have any direct competitors. “Our closest competitors are those that make surveillance UAVs with cameras, but that is not our focus. We are making combat-proven UAVs. Our man-portable drones are weaponised,” he adds.

During the Iowa Startup Accelerator Programme in 2014, Vinveli had received seed funding of $25,000. Since then, it has been completely bootstrapped. “We chose not to raise external funding,” Gokul says.

The team hopes to undertake larger volumes of orders from the government, and participate in programmes like Innovations for Defence Excellence (iDEX) by MoD, which recently announced that they would provide funding for R&D in Defence.

“We are working on other advanced drones for battlefield operations. Demonstrations have been completed with Ministry of Defence and the Army, and we are expecting orders soon,” Gokul says.