At the seed stage, venture investing is a ‘people business’: Sheel Mohnot of Better Tomorrow Ventures 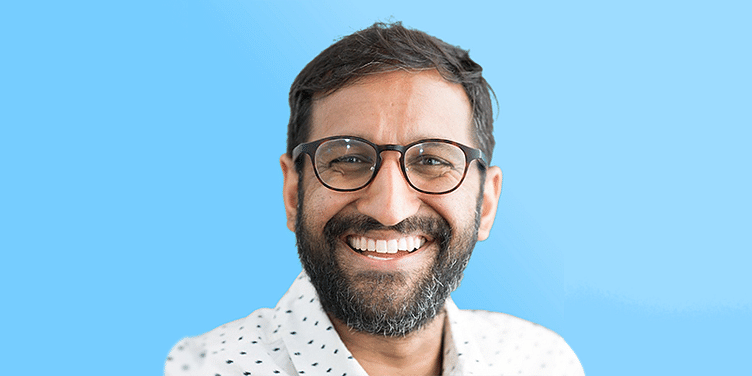 Sheel Mohnot of Better Tomorrow Ventures talks about his journey: from a fintech entrepreneur with two successful exits to taking the VC route.

FeeFighters, the first startup launched by fintech entrepreneur-turned-investor Sheel Mohnot was acquired by Groupon in 2012. An alumnus of Carnegie Mellon University, Sheel did his MBA from University of Michigan. In the beginning of his career, he consulted with various companies, including The Chartis Group, Intel Capital, and The Boston Consulting Group.

Sheel started angel investing in 2012 and invested in the seed stage of a couple of startups.

Sheel is also Co-founder of The Pitch Podcast, a podcast where founders pitch investors. It was later acquired by Gimlet, and then by Spotify.

In this week’s 100x Entrepreneur Podcast, a series featuring founders, venture capitalists, and angel investors, Sheel spoke to Siddharth Ahluwalia, sharing his experiences of being an entrepreneur twice to becoming an angel investor and finally starting his own VC firm.

From fintech entrepreneur to fintech VC

Even before starting his journey in the fintech sector, Sheel was a part of Kiva.org, a San Francisco-based non-profit providing financial access to underserved communities. “It allows individuals from the developed world to make loans to individuals in the developing world for the sake of alleviating poverty,” Sheel explains.

He says although Kiva was essentially a non-profit, it operated like a startup. It was his first foray into the fintech space, and the startup community.

Before Kiva, Sheel was with the Boston Consulting Group (BCG). His colleague at BCG had an idea and the two of them started FeeFighters, a payments startup that enabled a reverse auction for credit card processing.

Starting up in 2009, FeeFighters raised a seed round of $1.6 million, ran for a couple of years, and received an acquisition offer from Groupon, in 2012. FeeFighters ran its group within Groupon for a little while. “At that point, I had an idea for another company,” he says.

Sheel then founded an auction company, Innovative Auctions, in 2013. It was acquired in 2015.

Sheel has been angel investing since 2012, but ended up becoming a full-time investor in 2015. He says, “I love working with entrepreneurs at the earliest stages. And I thought let me double down on this and make this my career.”

Last year, he set up BTV along with Co-founder Jake Gibson, and raised a $60 million fund, to focus on pre-seed and seed-stage fintech startups.

Speaking about starting his podcast, Sheel says he got the idea for The Pitch Podcast from TV series Shark Tank. “At the beginning of 2015, I was watching Shark Tank and I thought that it was a fun show to watch, but very unrealistic. What they depict is not the reality of venture capital,” Sheel says.

That’s when an idea hit Sheel. “I wondered if it would be interesting for people to listen to me as I take pitches.” Starting in 2015, the show has evolved over the years. In 2017, it acquired was by Gimlet Media, a podcast company that was later acquired by Spotify.

Sheel says it has now become a “much more professional show.” It is a five-staff show; Sheel is still a part of the podcast, although he is not present in every episode. “Acquisition for a podcast is unusual,” he says. Post the acquisition, The Pitch Podcast has been doing $1 million in ad revenue.

He adds that while advertising is tough in podcasting, paid podcasting and subscriber-based podcasting will do well in the future. “I am surprised why that market has not been cracked yet,” he says.

BTV invests in the pre-seed and seed rounds in fintech startups. Sheel says that more than anything else, he looks at the founder’s vision while investing in companies. Everything else changes, but a founder's ability to execute their vision and be relentless in that pursuit is what attracts a deal.

“I look for founders playing in a big market...ultimately, you have to be able to build into a larger market,” Sheel explains.

Beyond a relentless founder operating in a large market, BTV invests in startups based on the traction they have achieved, and the technology advantage.

Starting with a $60 million fund, BTV has so far done four core investments, leading all of them. BTV has invested in companies including San Francisco-based Unit, Mexico City-based Super, cloud-based operating system Quinn, and Figure HR, a compensation platform.

Having exited two companies, angel-invested, and now on the VC side of the ecosystem, Sheel says that he has learnt some important lessons.

So far, Sheel has not invested in people or founders with a banking background. “They need to understand how financial technology works,” he says. And that does not require one to work with banks. It can be achieved by reading, talking to people, and understanding the market. “In fact, it is probably generally seen as a negative signal if they (founders) have worked at a bank,” Sheel says.