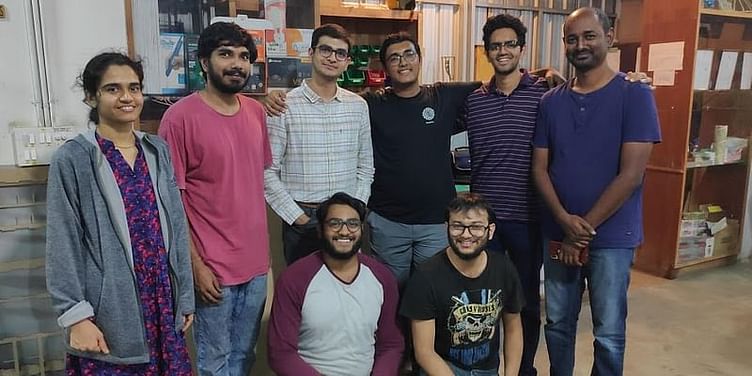 The round also saw participation from Stanford Angels and Ryan Johnson, a veteran in earth imaging and CEO at Blackbridge, a Canadian earth imaging company. Inventus Capital also participated in the round. Ryan, ex-President at Planet Labs, one of the largest satellite imaging companies in the world, will also join the Board of Directors at the company.

Sanjay Nath, Managing Partner at Blume Ventures, said: "Pixxel has identified a unique opportunity in the remote sensing space, to solve huge problems across industries that have never been tackled before. The time for space tech is now, driven by many tailwinds - the proliferation of micro satellites, reduced launch costs, and the need for more real-time deep intelligence on our planet. Pixxel is a true Indian deep-tech company, led by young and passionate founders, building for the globe - exactly the kind of bold play we like backing.”

The spacetech startup had earlier raised $700,000 from Techstars and growX Ventures in June 2019.

The funding will be used to expand the team, strengthen technology, and accelerate progress towards deployment of the constellation for the earth-imaging small satellites it is building. These will provide global coverage every 24 hours for tackling some of the world’s most pressing problems.

Speaking on the funding, Awais Ahmed, CEO, Pixxel said, “Space technology has tremendous potential to make life on earth better and more sustainable. Our satellites will bring down the benefits of space down to earth and help us see the unseen through a unique dataset that offers unprecedented level of detail. We’re glad that some very high-quality investors have decided to partner with us on this long journey."

Founded in 2019 by Awais and Kshitij Khandelwal, final year students at BITS Pilani, Pixxel's satellites focus on collecting information-rich data of a much higher quality than today’s satellites. These will be analysed by Pixxel’s proprietary machine and deep learning models to detect, monitor, and predict global problems and phenomena.

The first satellite is scheduled to launch towards the end of this year on a Soyuz rocket.

Awais explains the recent announcement by the Indian government to set up IN-SPACe and privatise space by encouraging startup participation has also come at the right time.

Hemant Mohapatra, Partner at Lightspeed India, said: "The micro-satellite movement, together with easier and cheaper access to space, has led us closer than ever to the dream of providing real-time, 24x7x365 coverage of full planetary data. With COVID-19, we are seeing imagery demand shift even faster away from drones and airplanes to satellites. Their platform-centric approach to satellites, payload, data, and associated AI-led analytics is one of the boldest and most comprehensive we have seen, and we are very excited to go on this journey with them."

The microsatellites Pixxel is manufacturing are very compact, not more than the size of a mini-refrigerator (weight close to 15 kg). Pixxel also makes sure that its satellites de-orbit after their lifetime, thereby not contributing to the problem of space debris.

Sheetal Bahl, Partner at growX Ventures, said: “Awais and Kshitij have done a great job of furthering Pixxel since we first backed them last year, and we believe they are on track to create a one-of-its-kind cutting-edge earth-imaging satellite constellation. We are grateful and delighted to be able to continue to fly with them.”