Hailing from the small town of Hapur in UP, Amaan Quasim made his mark in India’s entertainment and corporate world 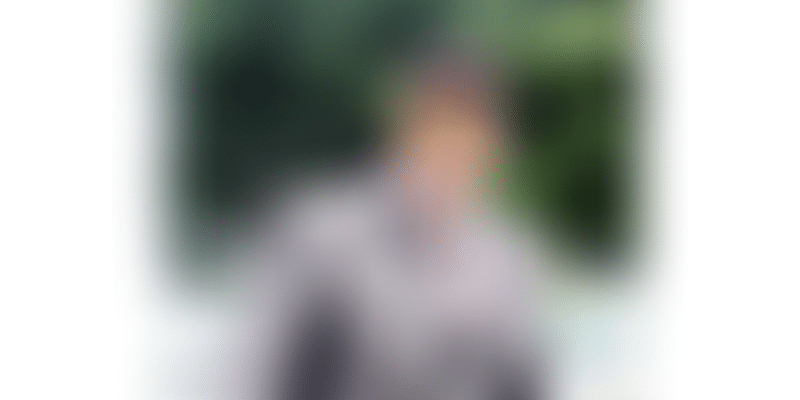 Hailing from Hapur, a nondescript small town in Uttar Pradesh, Amaan Quasim moved to Mumbai to make it big. Beginning his career as a senior executive in a private firm he worked his way upwards and made inroads in the events and entertainment industry. He founded Amaan Quasim Motion Pictures, a venture that today is known for its expertise in corporate videography, event management, professional photography and facilitating celebrity engagements and photoshoots.

Amaan has worked with some of the most popular names in the entertainment industry. This includes the likes of Rannvijay Singha, Sanjay Kapoor, Sakshi Malik, Riddhima Tiwari and Abhilash Kumar, The celebrities are appreciative of Amaan’s efforts which often translates into appreciations on social media. Impressed with Amaan’s work, Abhishek Kapur, the actor of Kundali Bhagya fame on Zee TV, recently shared a video on his Instagram account with a caption that read - “Amaan was an amazing person to shoot with, especially the tips and tricks that he shared with me during behind-the-scenes, which helped me to nail the right expressions. On a serious note, you were very good, very supportive. All the best to you!” [sic]

Amaan has organised an astounding number of celebrity shoots and some at huge scale. In fact, one such event organised by the Guinness World Records at the Red Fort in New Delhi garnered huge media attention.

He also works extensively with celebrities for behind-the-scenes shoots to create further buzz around celebrity shoots and is considered an expert in the subject. Having worked with Amaan in a behind-the-scene shoot, TV actor, Randeep Rai of the television series ‘Yeh Un Dino Ki Baat Hai,’ was all praise for Amaan’s creative acumen. He posted a picture from the behind-the-scene shoot and said, “I really love watching behind-the-scenes of stars like Salman Khan, Shahrukh Khan, Aamir Khan because that tells an interesting story of the actual shoot. Working with Amaan has been a joyful experience and I am sure my audience would appreciate these behind-the-scenes from today’s shoot. Thank you so much Amaan, I am sure you must have done a great job. I wish you all the best for your future.” [sic]

In addition to taking on projects in the entertainment industry, Amaan’s venture has been instrumental in organising several high-profile events. Amaan’s growing repertoire of clients includes influential leaders like Shehzad Poonawalla - Senior Political Activist; Anurag Chauhan, the Padman of India who is also the Founder of Dehradun Literature Festival; Nidhi Sharma, CEO of Across the Road advertising agency and organiser of Shimla Literature Festival and Noida Literature Festival; Ruhi Ganguly - Founder of Qatar Literature Festival and CEO of Q&A, Sambhav Jain, CEO, 100sportz, among others. Amaan has made acclaimed corporate videos for organisations like Rail Yatri, Sukhmani Buildwell and Agile Furniture Solutions. As part of his promotional video engagements, he has also been associated with educational institutions such as JSS College, Noida and Aligarh Muslim University.

“Amaan Quasim is a brilliant guy. Our experience of working with him during the Qatar Literature Festival as well as during Jashn-e-Ittehad was beyond my expectations. He did a fab job for us,” says Ruhi. In fact, his expertise over the craft and his ability to execute has made him a regular for several of his clients.

Nidhi says, “My company has been working with Amaan Quasim Motion Pictures for several of our events. Whether we work on a literature festival, an advertisement project, or a photoshoot, Amaan does a great job every time and exceeds our expectations.”

Today most industry events are pivoting into virtual events. And, Armaan Quasim Motion Pictures has also quickly adapted to the industry demands of the new normal. In fact, the venture handled all the video and audio requirements for the Dehradun Literature Festival which had taken on the virtual route owing to the pandemic.

As the Festival Director and its Founder, Anurag Chauhan, says, “Amaan is a very talented guy. For our virtual literature festival with Red FM 93.5, Amaan’s team handled all the video & audio narratives, which were an integral part of the festival. In fact, we feel proud of our association with Amaan.”

Amaan’s journey to success has been nothing short of inspirational. Amaan is today well-known in the industry circles for his craft and expertise. While his sheer grit and determination have been instrumental in enabling him to succeed, his journey has been steered by a guiding principle that he holds close to his heart. The guiding principle has been that - the greatest richness is the richness of the soul. That’s why in addition to being a producer, creative director, content creator, he is also a social activist and an active philanthropist. He counts starting his NGO - Rope – Ek Daur Udaan Ki, among his most significant achievements. The NGO works in the area of rehabilitation of orphans. Amaan is also a member of another NGO, Human for Humanity, which creates awareness and removes the stigma attached to women health issues such as menstruation. In addition to these, Amaan is also associated with the All India Sufi Council as its Secretary. This allows him to participate in a number of social activities organized to uplift the needy sections in society.