With its high-speed and low-cost internet, Excitel is making inroads into smaller towns 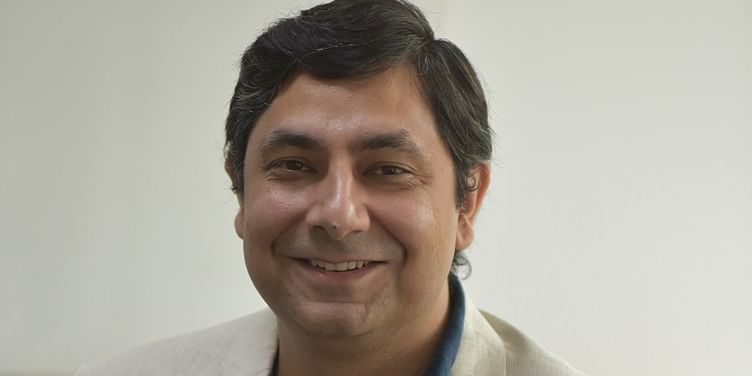 NCR-based Excitel aims to provide better internet connectivity for lesser price, and is looking to expand its services to suburbs where big brands are not present.

As COVID-19 rages on, millions of people have started working and learning from home, which is driving up the use of internet across India. While there is an increase in internet traffic, people are also upgrading to faster speeds and bigger data plans for better access, posing unique challenges for internet service providers.

With an effort to meet the growing demand for broadband services, Excitel was started in 2015 by Vivek Raina along with three Bulgarians - Victor Francess, Nikolai Gorchilov, and Plamen Petkov.The NCR-based startup aims to make internet fast and affordable in India.

“We founded ﻿Excitel﻿ with the vision that Internet will replace the traditional linear TV as the main source of home entertainment. The rapid adoption of OTT services like Netflix, Amazon Prime Video, Zee5, and YouTube validate our assumption after five years,” says Vivek.

The broadband internet service provider is currently funded by NEVEQ (New Europe Venture Equity), which is based out of Bulgaria.

Vivek graduated from Jammu University in 1998 and has a degree in Electronics. He worked in the fiber industry for two decades and that is when he realised broadband access is dismal in the country. He earlier worked with Hathway, Reliance Communications, and Digicable.

The other three co-founders have also been in the internet business for nearly three decades. Victor and Nikolai started their Internet company Orbitel back in 1997.

According to them, their company was one of the reasons for Bulgaria to be ranked among the top five countries with the fastest Internet. They sold Orbitel to Deutsche Telekom in 2005.

“I met my co-founders while working with Digicable. With India on the cusp of internet and telecom revolution at the time seemed the most logical choice with many similarities to Bulgaria - a country that started liberalising its economy in the early nineties,” says Vivek.

After years of meeting and discussions, the co-founders started Excitel Broadband in September 2015 as an Indo-European venture.

The product and workings

According to Vivek, a few missing ingredients were required in order to make residential broadband offerings entertainment-centric in India.

“The first was having a high speed internet. Second was to kill the so-called Fair Use Policy (FUP) data capping, and the last one was a drastic reduction of the upstream capacity cost through peering - direct network interconnections with all major video content providers,” he says.

Excitel founders also had to solve other challenges to improve the end-user plans and extend the network reach beyond upscale localities in metros and Tier-I cities.

They had to provide a dedicated internet speed with no data caps at an affordable price. In the last five years, Excitel says it has invested in technologies that has helped it push the plans in Delhi NCR from 1 to 300 mbps, which is unlimited in nature, while keeping all plans in the range of Rs 500 and Rs 1,000.

The second challenge was to roll out fiber to the home (FTTH) infrastructure to non-metros to fulfill its vision to cover Bharat – home broadband for the common man.

“This is why Excitel opted for an alternative business model that is lean, scalable, and far-reaching. As other Indian unicorns like Oyo, Ola, and Zomato, we’re organising an unorganised sector. In our case, the sector has more than a lakh local cable operators (LCO). We’re committed to transforming those LCOs to our regional partners who can provide world-class FTTH infrastructure. We have one thousand partners today,” says Vivek.

Excitel says while it is not the first company to involve LCOs for last-mile broadband delivery, it is the first to invest in these small enterprises and transform them to Excitel regional partners.

“We provide door-to-door sales and customer onboarding. We also provide all required technologies, training, and playbooks in order to transform the way our regional partners work," says Vivek.

“Thanks to our own dark-fiber backbone, we are able to localise 85 percent of our traffic. The direct connectivity is improving the customer experience manifold, while drastically reducing the cost of providing the service,” says Vivek.

The internet market in India

At a time when Android TV is set to become mainstream in India, we need broadband connections that can support the rise of entertainment. And Excitel, right from the beginning, was clear that videos and entertainment will drive home broadband services in the country.

Excitel got the initial backing of €1.5M by Bulgarian VC fund NEVEQ. It raised another €4.5M round from NEVEQ, Impetus Capital, and Black Peak Capital in 2019.

During the lockdown, Excitel had to realign processes to ensure continuity. With a workforce of nearly 4,000 members, including staff, engineers, and regional partners, it had to take appropriate measures to tackle the challenges posed by the lockdown. From obtaining a substantial number of passes to issuing ID cards to all partners/staff,the startup realigned its strategies to ensure consumer convenience.

It also claims to have powered 25,000 new household connections during the first phase of the lockdown. From an average consumption of 9-10 GB per day before the lockdown, Excitel is currently witnessing 17-18GB data consumed per day on its networks.

The business model and plans ahead

In 2015, the company started with a very small network in Noida, with just a few sales boys and one person on the help desk. Its initial trial offer was priced at Rs 649 and was providing unlimited, 24 mbps total speed without FUP.

“We were many times faster than the fastest broadband providers in the market, and were 30 percent cheaper,” says Vivek.

Today, Excitel’s lowest plan provides up to 100 mbps and unlimited data, which is nearly 50 times more than the 4G service. Customers who opt for a six month prepaid pack can get it for as little as Rs 380/month.

“Our regional partners invest and maintain the last mile connectivity, and hence they receive around 40 percent of the revenues. We’re investing the remaining 60 percent in technology, sales and marketing, operational excellence, and backbone network," says Vivek.

However, Vivek did not disclose how much has been invested in the business. Excitel currently competes with Airtel, Reliance Jio, and ACT.

The startup has over three lakh customers at present, and plans to double its customer base in two years by expanding to fifty cities.