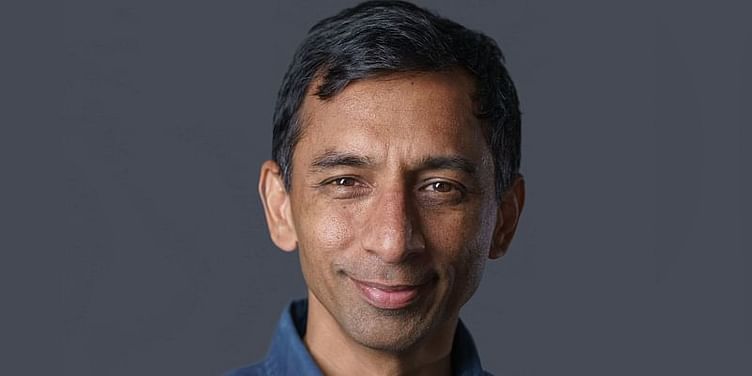 Dr Ashish Gupta, renowned serial entrepreneur, angel investor and VC, who co-founded Helion Ventures, has joined Prime Venture Partners as Partner Emeritus. He will be part of the Investment Committee and will be involved in the decision-making process of all future investments at Prime VP.

The early-stage VC firm Prime Venture Partners announced an addition to its team with Dr Ashish Gupta as the Partner Emeritus to further strengthen its investment team. Based out of the US, Ashish is a renowned serial entrepreneur, angel investor and VC, having co-founded Helion Ventures in 2005.

A well-known figure in the Indian startup ecosystem and in Silicon Valley, Ashish’s first entrepreneurial venture — Junglee, was acquired by Amazon in 1998. He went ahead to found Tavant Technologies in 2000.

Ashish has been an early investor in startups that went on to have very successful exits, such as ﻿Flipkart﻿ and MuSigma. Ashish is the co-founder of Helion Venture Partners and serves on several boards including Ezetap, ﻿PubMatic﻿, ﻿Simplilearn﻿, SMS﻿Gupshup﻿, and Naukri. Some of his past investments include ﻿QwikCilver Solutions﻿ (acquired by ﻿Pine Labs﻿), Daksh (acquired by IBM), ﻿MakeMyTrip﻿, ﻿Upwork.com﻿, ﻿Perfios﻿, and ﻿redBus﻿.

Speaking about the move, Ashish said, “The Indian startup ecosystem is in a very vibrant phase of its evolution and Prime is well-positioned to be a key player in the building of Digital India. I’ve known all the partners — Shripati, Amit, Sanjay, and Raj — for the better part of the last 30 years, and am delighted to be working closely with them in helping shape Prime’s next phase of growth.”

At Prime Venture Partners, Ashish will be part of the Investment Committee and actively involved in the decision-making process of all future investments at Prime VP. He will also serve as a mentor and advisor to the entire portfolio, the fund’s future strategies and guide the team on several aspects of venture capital investing and portfolio management.

Why startup founders must focus on efficacy, not efficiency during board meetings

“Ashish is just an incredible all-round person. As an entrepreneur, investor, mentor and a friend, he has been the first person we’ve turned to for brainstorming over the years. Founders who interact with him even for a few minutes always appreciate his direct style and insights. We’re privileged to have him formally associated with Prime. This will be a huge step in helping us further improve the quality of our investment decisions, as well as an excellent value-add for our entrepreneurs building companies out of India and globally.”

The VC Firm led by Shripati Acharya, Amit Somani, and Sanjay Swamy started in 2012 and has over 25 companies in the sectors of fintech, SaaS, Enterprise, healthcare, education, and logistics. Having funded startups in the US and India, and reaped big successes, the team believed Ashish to be perfect fit.

“Our success is based on which businesses we decide to back. More often than not- judging the right people, the entrepreneurs, their motivations etc to build something big at the early-stage, has been the job of the three us. But we have, from the beginning, leaned on Ashish from time-to-time. We have known each other well, and our entrepreneurs too have met him and interacted with him, and have got insightful inputs. It seemed like a natural progression to have a part of our critical decisions,” Sanjay said.

He added that in the current times of crisis, people will need a close yet a distant view of how things work, and the decisions they can make. Speaking of the crisis, Sanjay explained that most of their companies have had early strong revenues, and close to a third have strong tailwinds.

“Long-term execution is the key and Ashish has seen some of these companies build to scale. One of the things is selecting the right entrepreneurs to back, and helping them scale up. Some of them may be seeing a few months of slowdown, but even those are getting back to normal. And having someone who has seen ups and downs helps. Entrepreneurs don’t just come to us for the money,” Sanjay explained.