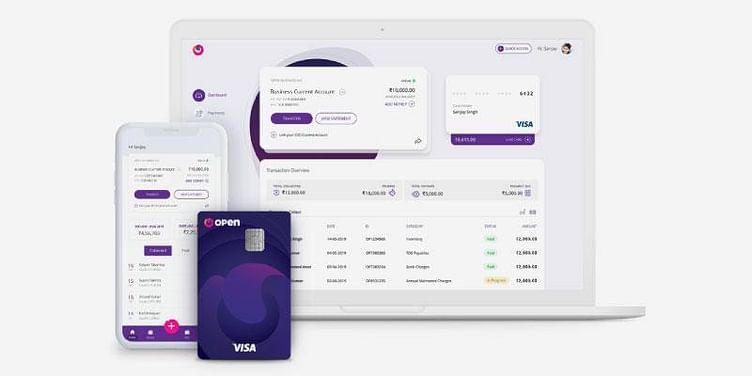 Millions of small- and medium-sized businesses in India struggle with maintaining multiple bank accounts, book-keeping their daily spending, and disbursing payments to their employees. Bangalore-based ﻿Open﻿, Asia’s first neo-banking platform for SMBs and startups, solves this by offering them a platform that automates most of these tasks controlling payouts, performing bulk transactions, payment collections, and automated accounting without relying on multiple software systems and dashboards. Open provides a simple dashboard to perform financial activities for smaller businesses and has APIs for those who need to build custom transactional and banking flow as needed. They have over 500,000 merchants on their platform and have processed over $14 billion annualised transactions so far.

Open was founded in 2017 by serial entrepreneurs Anish Achuthan, Mabel Chacko, and Ajeesh Achuthan, along with ex-TaxiForSure CFO Deena Jacob. In July 2019, it raised $30 million in a Series B funding round, led by Tiger Global Management, and saw participation from Tanglin Venture Partners Advisors. Existing investors ﻿3one4 Capital﻿, Speedinvest, and BetterCapital AngelList Syndicate.

The challenges in processing data at scale

As the world’s fastest-growing neo-banking platform that works with various banks, Open faced challenges in providing data access to its various departments. Providing access to their underlying data by building an admin panel for various teams was both challenging and time-consuming.

“We wanted an out-of-the-box solution that could analyse our logs and provide insightful information to our teams to take action based on that.”

Setting up a log monitoring tool from the ground up using open source software may seem simple, but, maintaining and scaling requires time and investments.

“Our log data ingestion increases month-on-month considering the number of transactions, and the interaction we get on our platform is increasing and we wanted a log monitoring tool that would automatically scale with us, without much intervention. After trying out various open source log monitoring tools, we decided to go with Sumo Logic, which was a perfect fit for our various needs,” says Ajeesh Achuthan, co-founder & CTO at Open.

Open’s support team uses ﻿Sumo Logic﻿ to respond to customer queries related to transactions – with minimal effort and in less time. They were able to drastically reduce their support TAT from around one hour to under 10 minutes. This was not the case with just the support team, but with the development team as well. The team was able to pull out logs for transactions and forward them to the respective banks for analysis without delaying their TAT.

Open’s development team also relies on Sumo Logic for intelligence on production issues and error trends. One of the biggest challenges faced earlier by Open’s development team was finding and killing a bug. While other log monitoring tools failed to provide a seamless log search experience, Sumo Logic’s search, however, was quick to sort through billions of log records and help the development team drastically reduce time spent on the logs and dedicate more time to product development.

Because the Sumo Logic dashboard is powerful, yet easy for the team to use, common issues are also resolved faster without reliance on DevOps teams.

“Apart from the dev and support teams, we have all our AWS CloudWatch logs pushed to Sumo Logic. This helps our DevOps team monitor the cloud seamlessly without switching between dashboards. We also use certain apps inside Sumo Logic, like their security analytics app dashboard to get high-level insights on incidents and vulnerabilities.“

Having experimented unsuccessfully with various open source log monitoring tools like ELK Stack and paid products like Papertrail, Open chose Sumo Logic as its log monitoring tool because of the simplicity of use, security, the speed at which it yielded results and the scale at which they could deliver. Given their growth rate, Open wanted a tool that was highly scalable and could support the terabytes of logs they ingested every day. Value was also a key deciding factor. Open also weighed the cost involved in maintaining and scaling an in-house log monitoring tool versus using an out-of-the-box solution, and the latter made more sense for them. “We didn’t want to do the heavy lifting of maintaining and scaling a log monitoring tool, which was not our core,” adds Ajeesh.

Delivering on the ground, and on time

Open recently went live with a new platform, which they had built for one of the biggest banks in India that wanted to support their customers with a seamless banking experience. Since this was a new application, it was very important for Open to monitor and proactively troubleshoot issues on the go. Open decided to try out various exception alerting tools for the setup, and decided to engage with Sumo Logic.

“We had set up various trigger points through Sumo Logic to alert our dev team to any incident or spike in errors so we could act immediately and fix them based on the insights generated. We were able to do this in the fastest time and started monitoring the platform from day one of launch,” says Ajeesh.

“We didn’t have to reach out to the customer support team other than during our initial setup. Pretty much everything was self-explanatory and Sumo Logic has a huge knowledge base, which was always a go-to for us,” says Ajeesh, speaking about the deployment experience.

On being asked if he would recommend Sumo Logic to peers, he adds, “Logs are an everyday part of your product-dev-support teams. Analysing huge log files or handling logs using poor log monitoring tools can drastically reduce productivity. If you think your developers’ or tech support’s time is being taken away from reviewing and analysing logs, go for Sumo Logic. It’s easy-to-use interface and various other add-ons help the team save a lot of time, which in turn increases their productivity as a whole.”

Sumo Logic is a secure, cloud-native, machine data analytics service, delivering real-time, continuous intelligence from structured, semi-structured and unstructured data across the entire application lifecycle and stack. More than 2,000 customers around the globe rely on Sumo Logic for the analytics and insights to build, run and secure their modern applications and cloud infrastructures.