From Punjabi to Sanskrit, this edtech startup is making learning Indian languages relevant 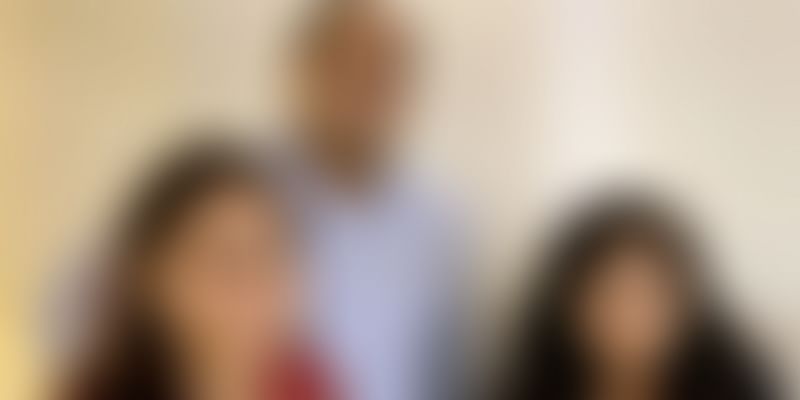 Language Curry is a Gurugram-based language learning startup that has raised $92,000 in angel funding led by Rebalance Angel Community, Chandigarh Angel Network, and a clutch of angels. This funding will be used to build the core product.

An MBA graduate from ISB Hyderabad, Aneesha Jyoti had worked at a leading telecom giant and had lived Canada for over a decade. While staying and working in the country, she realised that the NRI community longed for one thing – the need to connect with their languages and culture. Many of them, who had grown up in an English-speaking environment, were also keen on learning their languages.

While searching through different language learning platforms, Aneesha tells YourStory that while there were several leading global players, hardly any of them could comprehensively unite the Indian languages. Sensing an opportunity, Aneesha moved back to India and founded ﻿Language Curry﻿ in October 2017 along with Vatsala Sharma and Puneet Singh.

The workings of the app

“I spent a decade in Canada and over time, I realised that the Indian and non-Indian community around me was eager to learn Indian languages either for work, family, heritage, travel, or school. The existing options were either boringly academic, expensive, time-consuming or weren’t relevant to their needs – which got me thinking,” says Aneesha.

Language Curry is built on native app technology. Learning happens through short gamified modules including audio and visual aids, and assessments. The courses are divided into 25 levels that build fluency in speaking a language, along with a focus on essential grammar. The app also provides vocabulary flashcards that help build essential vocabulary based on important themes.

The platform also offers Live Learning where learners can opt to learn from native speakers to build confidence and clear their doubts. “Throughout the learning process, learners are immersed in local culture through short reads and tips. This makes the learning fun and relevant,” explains Vatsala.

With approximately 100,000 downloads across 120 countries in a year,  Language Curry uniquely equips its learners with contextual, conversational language learning where the user not only learns the ‘what’ or ‘how’ of speaking Indian languages, but also receives short cultural capsules that explain the ‘why’ behind it.

The startup on Thursday, August 13 announced that it has raised $92,000 in angel funding led by Rebalance Angel Community, Chandigarh Angel Network, and a clutch of angel investors. This funding will be used for core product building, marketing, talent acquisition, and introducing new languages and product features.

"I grew up outside India but never forgot my roots. I know five languages including Hindi, Punjabi, and Gujarati, so I naturally connected with Language Curry's passion and commitment to bring people closer . I do it through music, and they do it through languages. In fact, before investing in Language Curry, I was learning Sanskrit from the app,” says Sukhbir Singh, Singer, Performer and Composer on funding the startup.

“We at Chandigarh Angels see immense potential in Language Curry’s growth story. We absolutely loved the app experience and the vision of the founders” adds Vineet Khurana, Chandigarh Angel Network.

Aishwarya Malhi and Vikas Kumar, Co-founders of Rebalance, added, “Aneesha and Vatsala joined Rebalance before they launched the app with a mere 250 beta users. We truly believe that Language Curry can introduce a new benchmark in language learning by building a solution that is both contextual and relevant to every learner’s need.”

Initially, Aneesha and Puneet used to discuss this idea on pool rides, when they used to work together at Pearson Education. Puneet was equally passionate about promoting Indian culture and the idea resonated with him.

It was a chance phone conversation that brought Vatsala onboard. Both Aneesha and Vatsala were new mothers, and used to discuss the importance of their children picking up Hindi (their mother tongue) as their first language. Vatsala is a Chartered Accountant and an ex-banker.

“Being cautious entrepreneurs, the first thing we did was to start researching. While initially, NRIs were the target market, we soon realised that the space was much bigger, comprising of expats and urban migrants in India itself,” says Vatsala.

The trio’s eureka moment came to be when one day they met for coffee in Gurugram, and right next to them sat a Japanese gentleman who was conversing with the barista in chaste Hindi.

"So impressed were we that we immediately introduced ourselves and understood his language learning journey. And so, we started on an intense (and sometimes embarrassing) period of primary research – accosting foreigners at cafes/malls, and talking to anyone who was an NRI. This immensely helped us build the product” adds Vatsala.

They realised one of the deterrents to learn any new Indian language was the script. So going back to the drawing board, they found that the most natural way of learning a language was by engaging your visual and auditory senses (by seeing and listening) – for example, the way children learn a language.

“The next step is speaking it. Reading and writing come much later. We saw this in our children and research also backed it,” says Vatsala.

While the app is free for learners, the team has also incorporated a paid LIVE learning sessions. The course fee is dynamic, with Rs 350 for cultural story sessions to Rs 7,500 for Sanskrit.

From BYJU’S, Toppr, to UpGrad, how startups reacted to the new National Education Policy

According to Verified Market Research, the online language market is projected to touch $25.73 billion by 2027, and is growing at a compounded annual growth rate of 10.27 percent from 2020 to 2027.

The market boasts of several global apps like Duolingo, Babbel, Mesmerise, Busuu, Drops, Mondly, Lirica, Pimsleur, and others like Multi Bhashi. However, the focus of Language Curry is on Indian languages and the cultural association with it. The app also has a strong focus on Sanskrit.

“Language Curry is such an exciting proposition because it’s more than just a language learning platform — bringing both a conversational and cultural context into the learning process. With increasing mobility among professionals, both within the country and overseas, the prospects for Language Curry is phenomenal,” says one of the angels, Lloyd Mathias.