SaaS founders should think about GTM from day one, says Nikhil Kapur of STRIVE Ventures 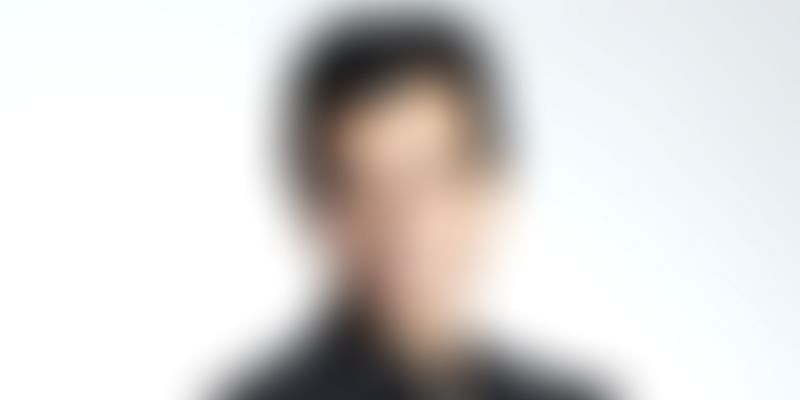 In this week’s 100x Entrepreneur Podcast, Nikhil Kapur, Partner at STRIVE Ventures, talks about his journey from being an entrepreneur to a VC, various SaaS models, and STRIVE’s investment thesis.

Nikhil Kapur, Partner at STRIVE Ventures, worked as a Software Development Engineer and built Microsoft Excel for Office Mobile across all mobile platforms early in his career. Later, he went on to work with chat app Pie, which was acquired by Google.

In 2012, he took the entrepreneurial plunge and founded tech-enabled artist management platform, TommyJams, which ran until 2018.

An engineering graduate from Delhi College of Engineering, Nikhil studied at IESE Business School and National University of Singapore. He joined Pie in 2015 in Singapore. “At that time, what made me switch to VC was the lack of options,” he says.

Nikhil says he always wanted to continue working at Pie even after completing his studies. However, when Pie was acquired by Google in 2016, he decided otherwise.

“One of the reasons I came out of Microsoft was because I realised that I am one of the 50 developers who was coding in the office...I realised that if I really wanted to have a big impact or realise my personal ambitions, I have to take a bit riskier path,” he explains.

As the role at Google did not excite him much, Nikhil decided to try something new. Venture Capital was something that he was interested in, and thus he decided to take the plunge. “I decided to join the VC ecosystem for a while before thinking about what’s next,” he says.

Three months later, Nikhil was sure that this was the best thing for him -- being on the other side of the table. “As a founder or an operator, you’re heads down in one particular problem all day, maybe for weeks. But as a VC, you’re living so many different problems at the same time,” he explains.

Nikhil says, he loves multi-taking, and the first three months at STRIVE made him realise that he was never going to switch back to be a founder again.

STRIVE is an Asia-wide VC firm and invests in companies across Japan, Southeast Asia, and India. “It gives us a bird’s eye view into all these markets and helps us understand the technologies moving,” Nikhil says.

Within its fund, STRIVE focusses on two kinds of SaaS (Software as a Service) investments. First is the global SaaS market. SaaS companies that are serving the US or European market, or even the Asian markets fall under this category. These companies usually come from cities like Singapore, Chennai, or Bengaluru. Within this bucket, STRIVE has led investments in companies like Hasura and Testsigma, besides Southeast Asian companies like Saleswale and Healint.

But how does a VC manage to have equal focus on every market that it is investing in?

Nikhil says, STRIVE is disciplined, it focusses on one sector at a time, and is currently focussed on SaaS companies. “This gives us the opportunity to not get confused,” he says. Secondly, Nikhil says, internally, STRIVE works differently from most VCs.

“Most VCs have a platform approach where there is a hierarchy -- a partner, then a principal, and then the senior associates and analysts,” Nikhil says. However, at STRIVE, they have internally created full-stack VCs. “Each of us, from partner to analyst and even administration of the fund, are completely full-stack,” he explains.

Nikhil scouts for people on LinkedIn and reaches out to them. Later, he sorts the first meeting, and the ones following, and finally takes a call on whether STRIVE should go ahead with the investment or not. This, Nikhil believes, reduces the amount of communication required between multiple stakeholders.

STRIVE is a seed-stage investor, and has often been the first institutional investor in its portfolio companies. Speaking on the investment thesis, Nikhil says, “When we meet them, forget metrics, sometimes they don’t even have a product.”

Stating Hasura as an example, Nikhil explains that when he met the founders, the latter were planning to build a backend as a service. At that time, they were running something like a ‘tech shop.’ On one end, they were building apps for clients, and on the other, building a product. While Nikhil found the team interesting, he did not invest in them immediately. He kept in touch with the founders for six months to understand how the platform evolved.

“When they came to me after six months, they had not reached any particular metrics in terms of customers or revenue or ABCs. They had a few beta users. But what was more important was the vision,” Nikhil says.

Hasura wanted to make backend development easy. This interested Nikhil, and along the journey, STRIVE invested in the company. “They have a rockstar team, going after a market that we really like,” Nikhil says.

He further explains that the solution can pivot, the product can change, and the go-to-market can change, but the vision will stay aligned – it has to be consistent. Founders should be user-focussed, frugal, and they should be dreaming big, he adds.

“When we see product-led teams that are frugal in nature but with big ambitions, that excites us. Metrics are irrelevant at that time,” Nikhil says.

Speaking on the early-stage mistakes that SaaS startups usually make, Nikhil says that one of STRIVE’s portfolio companies that is based out of Singapore had made the mistake of hiring heads and VPs too early. He says, “As VCs, we are always pushing people to build a core team and the middle management because you need to move away from founder-led sales.”

He says that for the first million dollars that the company generates, the founders themselves should lead the sales. If the founders lack the skill, they should either learn the skill or get a co-founder.

Secondly, Nikhil says, in the early stages, founders do not think much about the go-to-market (GTM). “Even I used to think more in terms of a product and problem and a product-market fit perspective,” he says.

Nikhil further says that the GTM pre-COVID 19 is probably very different from post-COVID 19. He is of the opinion that GTM changes every six months and the reason GTM changes is because the channel changes.

The right thing to do, Nikhil says, is following the right people on Twitter and listening to the right podcasts. This is where one can remain up to date with how people are thinking, and then accordingly devise one’s own strategy.