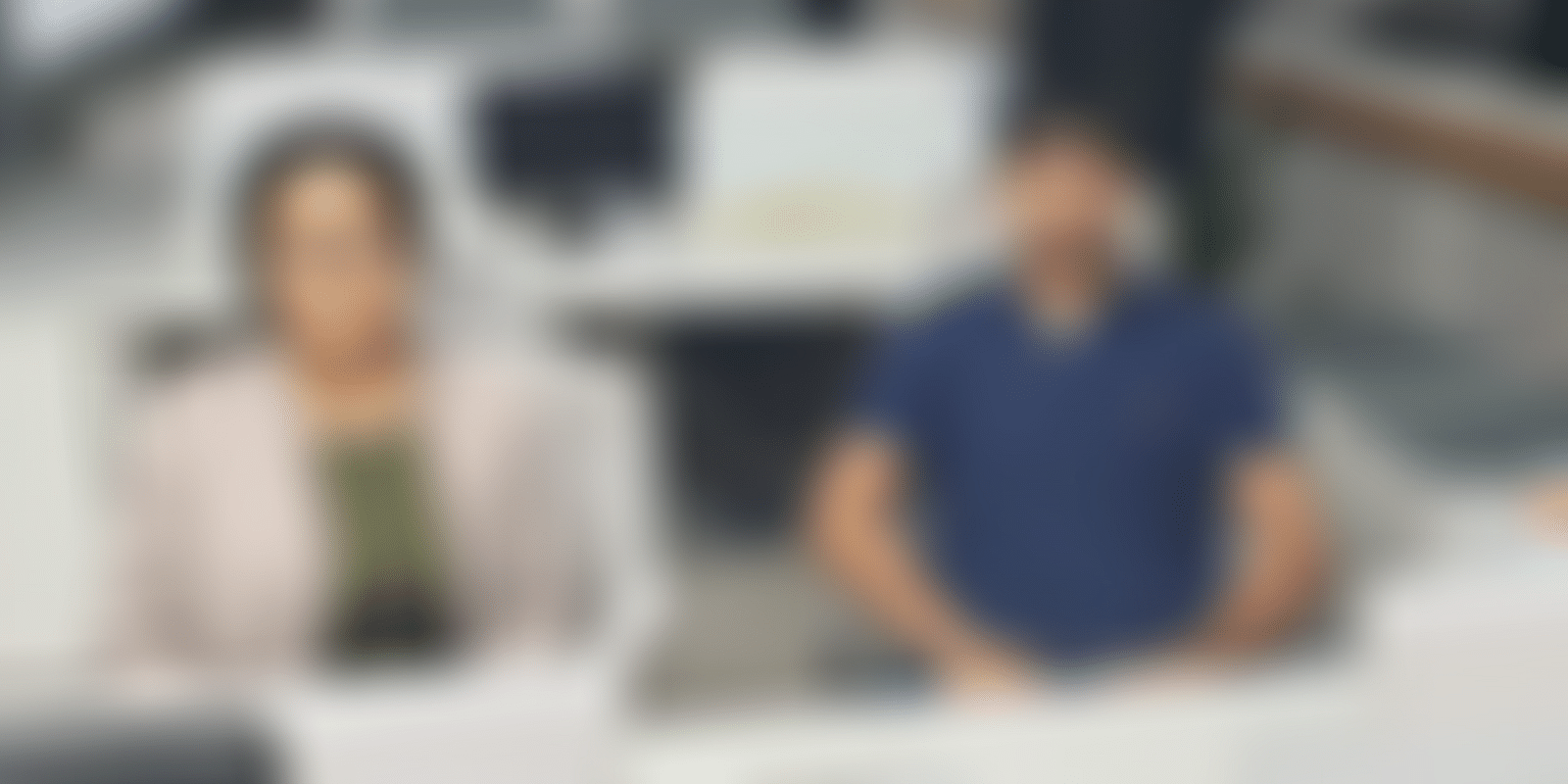 Raipur-girl Sonakshi Nathani and Karnal-boy Ashutosh Singla met as classmates at IIIT (International Institute of Information Technology), Hyderabad, in 2011. Working on various projects together, right from their first year of college, the two computer science engineers made a good team and became fast friends.

After college, Sonakshi went on to work for Microsoft in Hyderabad as a software engineer for three years. Ashutosh, on the other hand, moved to Canada and had a stint each with US-headquartered HR startup Zenefits and Twitter Co-founder Jack Dorsey’s payments startup Square.

While they were both happy with their jobs and the perks that came with them, somewhere there was a sense of unfulfillment. The duo found their jobs “very easy” and didn’t feel “challenged enough”. Speaking of that phase, Sonakshi reminisces “We used to always wonder what next?”

The duo knew they wanted to set up their own tech company and had a few startup ideas, but weren’t exactly sure of which problem to zero in on.

In a rather bold move, both quit their jobs by October 2018, because they felt that if they continued with the day jobs, the idea of starting up would probably never come to fruition. Around 2018-end, Sonakshi was back in her hometown of Raipur -- where her family has its real estate business of building residential colonies and also runs a grocery store -- when the ‘Eureka’ moment happened.

That grocery store is integral to this story because that is where the seeds of Sonakshi (26) and Ashutosh’s (25) startup Bikayi -- which has managed to turn profitable and raise $2 million in funding, all in about a year’s time -- were sown.

Unlike Sonakshi, Ashutosh does not come from a business family. His mother was a teacher, while his father worked in the state irrigation department in Haryana.

“These people (the store staff) started taking orders on WhatsApp. Regular customers were messaging the items they wanted, on chat. But a lot of time was going into figuring out the order and in checking the inventory,” Sonakshi says.

She called up Ashutosh and told him about the problem. They started looking for solutions and found Shopify. The Canadian ecommerce company helps entrepreneurs create, scale, and manage their own online stores. There were some other options too but none of them “very easy” to get merchants on board, Sonakshi says.

“In March 2019, we said why not we help and build it. Order management and catalogue management were what we primarily wanted to help out with. We said let’s quickly build an app where merchants can put their items. We started posting on wholesaler groups on Facebook about the app,” Sonakshi says.

On April 1, 2019, the duo officially launched their startup, Bikayi, which allows small businesses to quickly and simply create their online stores, powered with all the necessary tools needed to manage ecommerce on WhatsApp.

“Anyone doing commerce on WhatsApp is our primary customer, whether it's a grocery store, wholesaler, manufacturer, retailer, restaurant, or a bakery,” Sonakshi says.

The Bikayi app has both free and premium subscription-based offerings that start from Rs 1,999 and go up to Rs 7,999 per year. The subscriptions include benefits such as the ability to generate discount promo codes, different themes, analytics access etc.

The startup was initially bootstrapped with the co-founders’ personal savings of around Rs 7 lakh. Till July 2020, the company was being run by a team of four -- the two co-founders, a young customer care executive, and a fresh engineer from IIT Kharagpur.

By January the foursome had managed to make the Hyderabad-based startup profitable. Last month, it announced its seed funding round of $2 million from a group of international investors, including Grammy award-winning American electronic DJ and music producer duo  Chainsmokers’ early stage fund Mantis Ventures, Y Combinator, and Pioneer Fund.

The Hyderabad-based B2B (business-to-business) company was a part of famed startup accelerator Y Combinator’s first virtual summer batch of 2020, along with 13 other startups from India.

Interestingly, Bikayi had only applied for the programme because it went ‘remote’ this year as the duo was certain that they wanted to stay in India to focus on their startup and not travel to the US, pandemic or not. The California-based accelerator conducts two batches annually-- winter (January through March) and summer (June through August). This is the first time it went remote owing to the COVID-19 restrictions.

Merchants on the Bikayi platform are doing daily transactions worth over Rs 2 crore,  across 3,000 towns in India, according to Sonakshi. While the coronavirus pandemic has wreaked havoc on most businesses across industries, the Hyderabad-based startup has actually managed to thrive through the crisis.

“The pandemic has accelerated growth in terms of mom-and-pop stores adopting the platform,” Sonakshi says.

From 25,000 merchants on its platform in July, as of September it has 85,000; the startup expects that number to reach a million by December. The company’s revenues have also grown exponentially during this period-- from around 25 per cent month-on-month growth, the startup has been clocking around 125 per cent month-on-month revenue growth since July, according to the 26-year-old entrepreneur.

The startup also beefed up its team in July with 10 new members. It is now looking to strengthen the team further by taking up the headcount to 45 by October. By January 2021, it plans to take the platform international, with a primary focus on emerging markets.

The Bikayi app which is available for download on the Google Play Store, has been witnessing 60 per cent organic downloads. As many 3.5 million customers visit the platform every month, according to the company.

‘Not scared of Amazon, Reliance Industries’

As far as competition for the young startup is concerned, it is present in the form of corporate giants Amazon and Reliance Industries.

In June, Amazon India announced the launch of Smart Stores, which will allow mom-and-pop stores to have a digital storefront. Mukesh Ambani-led Reliance Industries’ ecommerce platform JioMart has also been working on digitising kiranas. Interestingly, Jiomart also has a tie-up with WhatsApp to enable kiranas to transact digitally with customers in their neighbourhoods.

But Bikayi isn’t fazed at all by the might of its rivals. To a pointed question about whether it’s scary to be in competition with platforms from the stables of two of the richest men on the planet, Jeff Bezos and Mukesh Ambani, Sonakshi says:

“We are not scared of Jeff Bezos and Mukesh Ambani. The insights we have now have helped us build confidence. Of course, they have massive capital and reach, but onboarding (merchants) is a tricky thing, something we have mastered well.”

To another direct question -- why can't others replicate the platform they have built? -- she point-blank responds “anyone can do it”. However, she is quick to add that Bikayi has an edge on the software front and an early mover advantage.

“By the time they (rivals) do what we are doing, we would be at the next level,” Sonakshi says confidently.