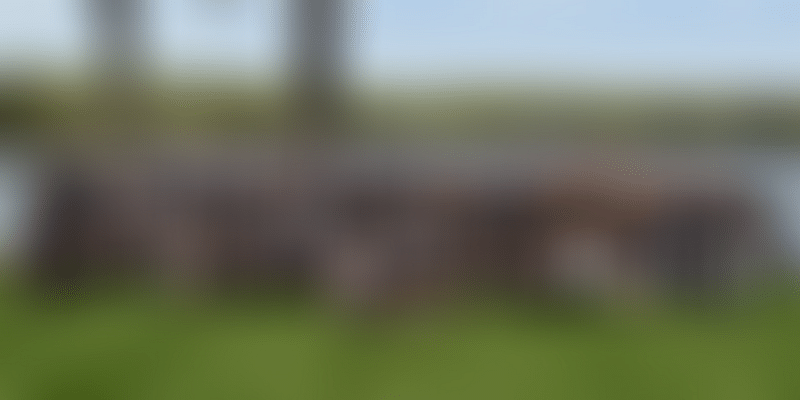 This deal comes just two months after CB Insights acquired Dow Jones VentureSource’s data assets, which included private company valuations, data on deal service providers such as investment banks and law firms, and management teams. Both the VentureSource and BlockData deals provide CB Insights’ clients with proprietary data and intelligence that will allow them to understand and make decisions about technology more quickly and confidently.

Speaking to YourStory on the acquisition, CB Insights’ Founder and CEO Anand Sanwal says, “We are incredibly happy to have the Blockdata team join us at this turning point for the distributed ledger technology space. In the last eight months, we have seen customer activity around the blockchain accelerate dramatically. It’s gone from something that was considered possible or probable to something that is now practical."

"As clients think about how to employ blockchain technology to drive growth or improve operations, we’re excited to equip them with the intelligence they need to make decisions more quickly and confidently.”

Led by CEO Jonathan Knegtel, Blockdata enables financial institutions, governments, and enterprises to identify credible use cases of blockchain and zero in on the best companies and projects to work with. This, in turn, helps reduce the uncertainty, time, and effort to go from technology discovery to decision.

Elaborating on Blockdata's mission as a company, Co-founder and CEO Jonathan says, "We believe that distributed ledger technology lays the foundation for a truly digital economy, and we want to help people enter and navigate this complex space.”

With this deal, Blockdata will remain a stand-alone product with its own team and will be available on its own as well as available to CB Insights clients. The team will also integrate data between the two platforms “when it makes sense,” Anand tells YourStory.

The conversation between the two companies was kicked off by a cold email from Jonathan after he saw the CB Insights M&A wishlist, and the deal came together fully virtually in less than three months.

"Jonathan was really candid and straightforward from the beginning, which helped move things along quickly. We already knew blockchain/distributed ledger technology (DLT) was increasingly important to our clients, and it was a matter of meeting the Blockdata team, understanding the product, validating how we could accelerate its growth, and then handling all the important legal/administrative elements of acquiring a company," Anand says.

As a result of the acquisition, CB Insights has set up a separate entity in the Netherlands, marking its international foray with an office in Amsterdam.

CB Insights Founder Anand Sanwal believes Europe can be a large opportunity for the New York-based company and expects to grow the Blockdata team in the near term by hiring for its research, engineering, sales, and client success teams in Amsterdam.

Jonathan echoes Anand's sentiment and adds, "We’ve admired CB Insights for a long time and this acquisition allows us to grow our team here in Amsterdam and continue to build out next-generation tools that will help people track the development of this technology."

Asked about future expansion plans to other international markets, Anand believes it's "a matter of when, not if." He says,

“As we acquire more companies, we may establish a presence in other markets. Our client base is global, so I believe this is a matter of when, not if.”

Edited excerpts from the interview with Anand Sanwal, Co-founder and CEO, CB Insights:

YourStory: Tell us about Blockdata and its differentiated offerings. How do you expect this to add to CB Insights' competitive edge in the private technology companies data space?

Anand Sanwal: Blockdata goes deep into the blockchain/DLT space and tracks at a level of granularity around projects, companies, etc., that nobody else does. The ecosystem it tracks is growing remarkably quickly, which is exciting, but also creates complexity for clients.

Our overarching goal is to help clients make technology decisions more confidently and quickly. With Blockdata, we have a solution to help identify the most credible use cases of blockchain and then pinpoint the best companies and projects to work with, invest in, and/or acquire.

YourStory: Research and data from Blockdata have a very visual appeal — much like CB Insights. Is that a coincidence?

Anand Sanwal: Yes, this is coincidental. But, it definitely made the deal more interesting and attractive given it was clear we have similar ideas around how to make research more understandable and digestible.

YourStory: You spoke about the acceleration in customer activity around blockchain in recent months. Could you elaborate on that?

Anand Sanwal: When new technologies emerge, there is often a lot of hope and sometimes hype as they go through a few distinct phases. Many start as being possible where the view is “this might happen.”

In the last eight months, we saw blockchain move into this practical phase in a big way among clients.

YourStory: Given the particular specialisation of Blockdata, does this mean that going forward, your inorganic growth plans would be guided by a strategy to build CB Insights' data offerings in particular technologies (if so, which ones in particular)? Do you have an outlook in mind in terms of number and types of deals you foresee CB Insights doing more of going forward?

Anand Sanwal: We like the idea of industry or technology-specific data and research offerings and will continue to look at these. These types of more targeted data/research offerings can help our clients make critical decisions and they align well with CB Insights.

In terms of the next markets, we have identified many in healthcare, gaming, supply chain, and financial services, but we’ll look at anything since there are so many smart founders out there doing interesting things with data.

In this case, we didn't know a blockchain dataset like Blockdata's existed. And then it appeared, and it was a great fit. We’re very open to possibilities and think about what could go right when we see a company.

In terms of future deals, we don't have a target number of deals. It has to be the right type of company with the right team and with a structure that is simple and fair for both sides. We are developing a muscle for doing these deals and so we feel more confident in doing them, but we are a very disciplined buyer.

After all, we have the valuation and comparable data on CB Insights so we kind of know what the market rate is.