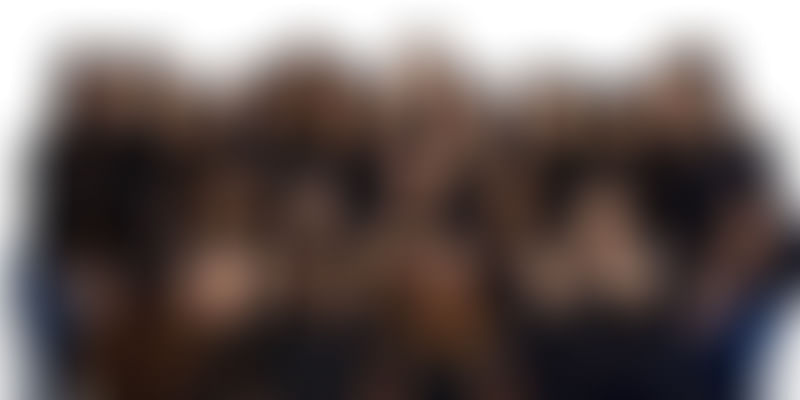 Like most businesses, surviving the pandemic has been a challenge for SUGAR Cosmetics. However, the team has managed to buckle up and ensure it is back in the running and is gunning for a net revenue of Rs 150 crore.

The past few months have not been easy for businesses – both large and small – across sectors. As the COVID-19 crisis hit, many had to shut down their operations. While some are hopeful of revamping their business, few others might never see the light of day.

Vineeta Singh and Kaushik Mukherjee, Co-founders of SUGAR Cosmetics, were on cloud nine when their brand clocked Rs 105 crore in net revenue for the year FY 19-20.

Founded in 2015, the Mumbai-based startup was making monthly sales of Rs 5 crore to Rs 10 crore as of January 2020, and was targeting a revenue of Rs 200 crore this year.

But seeing it all come crashing down in a matter of few weeks due to the pandemic was gut-wrenching for the husband-wife duo.

However, the company came up with innovative ways to reinforce the trust relationship between its brand and customers. From cutting costs and rejigging the team to social media marketing and ecommerce push, SUGAR Cosmetics carved a niche for itself in the fast-growing beauty market and survived the pandemic.

After the lockdown was announced in March, the company’s warehouses, retail operations, and logistics came to a halt.

Luckily, having a frugal team had its own advantages. They had to double down and work harder, take salary cuts, rent waivers, and reshuffle the team.

It is common knowledge that staff and marketing are the first to take a hit when a company plans to cut costs. Even for SUGAR, it was no different, and the first order of business was to cut all marketing spends, and the team, across the board, also took a salary cut.

“While there were many levels of salary cuts, we asked for voluntary cuts, and also gave 4x in terms of ESOPS,” explains Vineeta.

The retail teams were asked to focus on ecommerce and work towards increasing visibility, so that once the lockdown lifts, SUGAR could hit the ground running.

“We had to ensure we could get back to our revenues of at least Rs 5 crore to get some working capital,” explains Vineeta. The rejigging of the team helped.

“Content, which has been our big spinner from day one, was our core focus. We wanted to ensure that at least by the end of May we would have some revenues to ensure working capital,” says Vineeta.

Since the warehouses and retail outlets had shut shop, the team worked with the landlords and governments to ensure there were rent waivers. “The first two months was a bloodbath. There wasn’t much we could do but put everyone on hold as well, in terms of warehousing and logistics staff,” she says.

However, what helped the team was launching an app late last year. This allowed them to continue engaging with customers. There was information, videos, and products that the team could look at and order for shipment after the lockdown. With a strong loyal customer base, the team could focus on deeper engagement.

The startup has over 100,000 app downloads, and has had over 2.5 million sales recorded on the app in one day, in pre-COVID times.

Ecommerce to the rescue

As the team was preparing for the worst, things started turning around. “By June end, ecommerce started picking up, and by July it had touched Rs 11 crore revenue mark,” says Vineeta.

She explains, whatever the team had done in terms of ensuring better visibility, content, and passing the information worked. Apart from that, the overall ecommerce market was growing.

According to Unicommerce report, ecommerce has seen an order volume growth of 20 percent and GMV growth of 23 percent, with the highest growth in beauty and wellness and order return rate reduced by 13 percent since the lockdown lifted.

At present, SUGAR Cosmetics’ revenue from its retail stands at 40 percent of pre-COVID numbers, and its online sales is also picking up. While the company got 60 percent of revenues from offline sales in pre-COVID times, today it contributes to less than 30 percent.

Been there, done that

And they were right. According to a report by HBR, the global annual consumer spending by women is pegged at a whopping $20 trillion, and this is believed to touch $28 trillion in the next five years.

From lingerie to ecommerce

In 2007, Vineeta started a lingerie company but that did not take off. There were lack of funds, and she had to rethink her strategy.

And in 2012, she and Kaushik started a makeup subscription company.

“By then, ecommerce was slowly growing and people were looking for unique and different make up products. We built a subscription product to give women three to four products according to their personal preferences. These were curated based on skin types and needs,” explains Vineeta.

Soon, the team started getting a lot of feedback. Its customer base was young millennial women living in metro cities, and most of their buying decisions were based on social media influencers and content.

When they decided to start up again, they spoke to multiple brands they had tied up with earlier. While the international brands were eager to help, their products were mostly mass-produced.

However, the duo decided to test the waters. “While the market is big, cracking into it is time-consuming. People want to ensure the products are good. The retail space also has hefty rents, and the distribution costs are high,” says an analyst.

However, the supply chain, manufacturing, and other aspects were taken care of, thanks to their earlier venture. “We were left with a few lakhs in our bank, and the subscription business wasn’t scaling as we had hoped, so we decided to give this a shot,” says Vineeta.

According to a report by Google and Bain & Company, beauty and hygiene-related searches are the third-highest on Google after apparel and mobile phones.

After testing the waters with consumer reaction, the team roped in a manufacturer from Germany whom they had worked with earlier.

They started with an eyeliner, kajal, and a lip crayon in 2015. They wanted to see how the market would react, and had worked on the design, packaging, and website to the dot.

“Soon, the customers started raving about our products. They would take pictures and tag us on social media, and that was word-of-mouth marketing at its best,” says Vineeta.

The team then raised initial funding from Lets Venture and RB Investors. Soon, from one social media influencer to the next, the customer base started growing.

One of the biggest challenges of makeup retail was solved - customer adoption. “The steps are easier but the market is still tough to crack. You need to get the product right, and you have to spend on other things like product marketing and get into traditional retail,” says Vineeta.

From then on, the team started making different types of SKUs. It had initially started selling only on the website, and by 2016 they tied up with online beauty retailer, Nykaa.

“Nykaa was growing and they truly have been supportive of all new and young brands,” says Vineeta. By then the team also raised a total funding of Rs 90 crore.

The retail push and plans ahead

When the online world started growing, the team decided to look at the offline space. The retailers explained that unless there are a few hundred SKUs, going to retail stores was pointless. The team, however, got a break with the retail fashion brand Lifestyle.

And since then, there was no looking back. In just two-and-a-half years, the team expanded from 87 to over 1,750 retail touchpoints.

By January 2020, the team clocked net revenues of Rs 105 crore, and was gunning for Rs 200 crore. But the pandemic put a dent to its growth plans.

However, beauty and wellness is one sector that has witnessed an unprecedented order volume growth of 130 percent, according to the Unicommerce report.

“Content will continue to be a big push for us. We saw how it helped us during the pandemic. We aim to build a brand with great influencer and social media marketing. We are on track in terms of online sales, and should get revenues of Rs 150 crore in annualised sales,” says Vineeta.