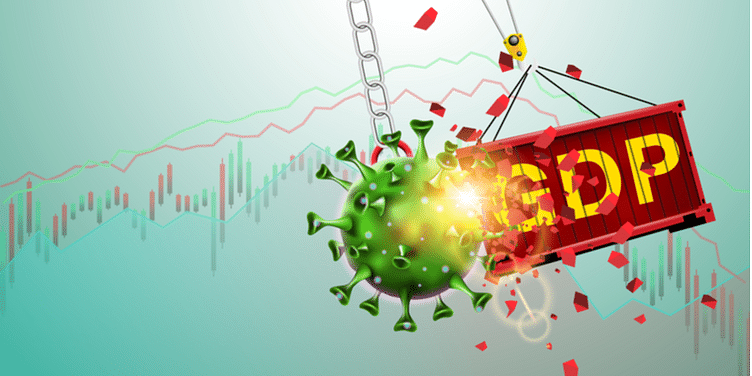 Fitch said India recorded one of the sharpest GDP contractions in the world in the April-June quarter, but noted that growth should rebound strongly in the July-September period amid re-opening of the economy.

Fitch Ratings on Tuesday slashed India's FY21 growth projection to (-) 10.5 percent, from (-) 5 percent estimated earlier, saying the continued spread of the virus and imposition of sporadic shutdowns across the country has disrupted economic activity.

Fitch said India recorded one of the sharpest GDP contractions in the world in the April-June quarter, but noted that growth should rebound strongly in the July-September period amid re-opening of the economy.

However, there are signs that the recovery has been sluggish and uneven, it said.

In its September update of Global Economic Outlook (GEO), Fitch said the deepest recessions were in India, the UK and Spain — countries that saw particularly large shocks in daily mobility data on visits to retail and recreation venues, and where lockdowns were stringent and long-lasting throughout 2Q20 (April-June).

It said multiple challenges are holding back growth recovery, both in the short and medium term.

"New cases of the coronavirus continue to increase, forcing some states and union territories to re-tighten restrictions... The continued spread of the virus and the imposition of sporadic shutdowns across the country depress sentiment and disrupt economic activity," Fitch said.

Growth decline due to intense lockdown; V-shaped recovery in some sectors: CEA

It further noted that the severe fall in activity has also damaged household and corporate incomes and balance sheets, amid limited fiscal support.

Also, a looming deterioration in asset quality in the financial sector will hold back credit provision amid weak bank capital buffers.

"We have slashed our GDP forecast for this fiscal year to -10.5 percent, a huge revision of - 5pp (percentage points) compared to the June GEO. We expect the shortfall of activity relative to our pre-virus forecast to be 16 percent by early 2022," Fitch said.

GDP growth is likely to be (-) 9.6 percent in July-September, (-) 4.8 percent in October-December and 4 percent in January-March quarter this fiscal, as per Fitch projections.

For the next fiscal, Fitch estimated Indian economy to grow 11 percent, while for 2022-21 growth would be 6 percent.

Fitch said the pandemic has become more prevalent in emerging market countries excluding China as the year has progressed. Brazil, Russia, and India now have some of the highest coronavirus caseloads in the world.

"India imposed one of the most stringent lockdowns worldwide in 2Q20 and domestic demand fell massively. Limited fiscal support, fragilities in the financial system, and a continued rise in virus cases hamper a rapid normalisation in activity.