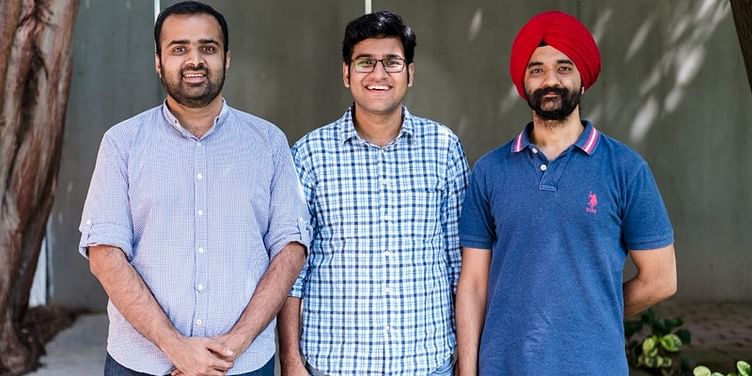 Ever since India banned Chinese apps including CamScanner, Kaagaz Scanner has been on a roll. It not only got a special mention at AatmaNirbhar Bharat App Challenge, but also raised undisclosed angel funding from investment firm First Cheque.

When India banned the first list of Chinese apps on June 30, founders of Gurugram-based Ordenado Labs had a moment “they were craving for”. It wasn't about the ban though. It was the moment their app went from zero downloads to millions.

The 15-day-old scanning app Kaagaz Scanner had garnered a million downloads soon after the ban on 59 Chinese apps, including CamScanner which allows devices to be used as document or image scanners.

Gaurav Shrishrimal, Co-founder of Ordenado Labs, the parent company of Kaagaz Scanner, tells YourStory that while the aim was to not replace the likes of CamScanner, the team aspired to have a Made in India app for everyday use instead of relying on apps from other countries. After the overnight success, he says the idea was to live up to the expectations of those who were vouching for the app.

“We had at least 10 consecutive sleepless nights as our customer care inbox was full of thousands of emails with feedback, appreciation, criticism, and so on.”

“While there were other Indian alternatives for CamScanner as well, what worked for us was our background, and we have been trying to simplify the user experience,” says Gaurav.

Ordenado Labs was started in 2019 by Snehanshu Gandhi, Gaurav Shrishrimal, and Tamanjit Bindra. Snehanshu graduated from IIT-Bombay in 2007, and ISB Hyderabad in 2012. Gaurav is an IIT-Kanpur alumnus, and Tamanjit is an Army Institute of Technology Pune alumnus.

They worked together at home services startup Tapp Me for four years. While Snehanshu and Gaurav were the founders, Tamanjit was the CTO (and the first employee) at Tapp Me.

The idea for Sorted AI came as a personal use case for Snehanshu. He often felt the need to “be more organised”, and tried numerous productivity tools but could not stick to them. A medical emergency made him realise that his wife and parents were unaware of important documents related to health insurance and investments.

Soon, he started exploring if technology could be leveraged to automate the process of “getting organised and making things easy” for the users. This was in early 2019. He confabulated with Gaurav and Tamanjit, and in July 2019, they decided to build a productivity app named Sorted AI with an initial investment of Rs 1.5 lakh.

Sorted AI works like a smart personal assistant and helps organise notifications, notes, reminders, classifying personal documents etc. At the time of building Sorted AI, the team felt that user adoption of the document management solutions has been a challenge.

"We realised that people understand the importance of organising or managing their documents properly but they were still not using the product because of the high friction of scanning a doc using one app and then uploading to Sorted AI. That is when we learnt that we need to make the product an organic part of the user's daily lives," Gaurav explains.

Thus, scanning came as a natural extension to Sorted AI's functionality. But it was Prime Minister Narendra Modi’s clarion call for being ‘vocal for local’ that made the team tweak their plans.

“When our Prime Minister called for Aatmanirbhar Bharat and Vocal For Local, everyone was talking about building Indian apps and removing foreign apps. We found out that there was no decent Indian scanning app available on Play Store, and that was when we decided to build one ourselves. Since the idea originated from the call to support the nation, we felt that a separate app with an Indian name would be apt for it, and hence we rolled out Kaagaz Scanner,” tells Gaurav.

The founders finally had their moment as their efforts were also acknowledged by the Government of India as part of the AatmaNirbhar Bharat App Challenge, where the app was given a special mention in the office apps category.

Achieving downloads is one thing but getting recognition from Ministries is another level altogether :)

Thanks to @EduMinOfIndia & @_DigitalIndia for recognizing our efforts :)

Gaurav Shrishrimal, Co-Founder of Ordenado Labs, said in a LinkedIn post, “were damn lucky to be picked by a few big influencers which gave us the initial push and that coupled with a simple easy to use product started increasing our install numbers.”

Since then, the Kaagaz Scanner makers have been on a roll. A few days ago, the app raised angel funding of an undisclosed amount from investment firm First Cheque.

“We have seen superb growth for the last two months. We went from almost zero downloads to 200,000 downloads in three days, organically. As of today, we have over one million downloads on Play Store and we are seeing 10,000 new users visiting the app every day, and so far, more than 10 million pages have been scanned using Kaagaz Scanner in the last two months,” tells Gaurav.

“The paid version will have unlimited storage, extra security, AI engine, and a lot more features,” tells Gaurav. He adds that this is the first level of monetisation and with time, the company will look at more avenues.

Speaking about the challenges of people paying for apps like Kaagaz Scanner, Gaurav says that the founders are confident that people will pay.

“For Kaagaz Scanner, users will not pay for vanilla storage, but for intelligence. While making an app, it is difficult to monetise unless people see some magic happening or get that ‘extra thing’ from the app,” he explains.

“We have been updating our app every day. We are not the best product, but we are working hard towards building a world-class app at par or better than Microsoft Lens or Adobe scanner,” says Gaurav.