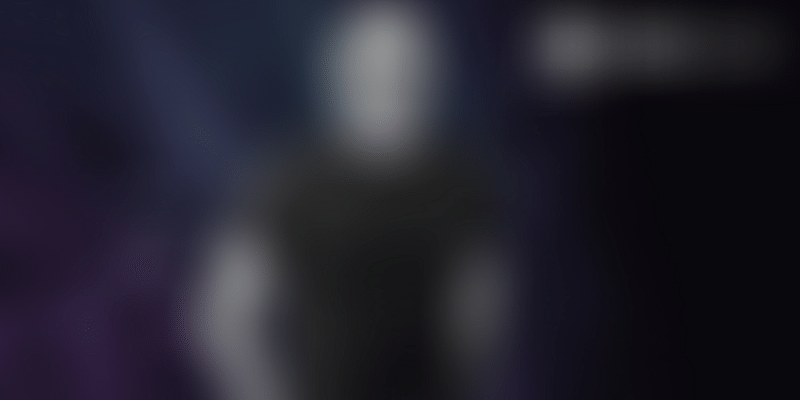 In this week’s Techie Tuesday, we feature Yiftach Shoolman, Co-founder and CTO, Redis Labs. Coding since he was 14, Yiftach has had an illustrious journey from building games and the earliest cloud-programming company out of Israel.

Yiftach Shoolman is the Co-founder and CTO of Redis Labs, the company behind Redis, an open-source in-memory data structure with key-value database that supports different kinds of abstract data structures.

It provides real-time data to enable companies to manage, process, analyse, and make predictions. Three weeks ago, Redis Labs raised its Series F round and entered the coveted unicorn club.

According to Yiftach, the secret behind the problem-solving capabilities of Redis lies in the fact that it was invented by people who didn’t come from any database background. “Since everyone had different perspectives, we solved the problem differently,” he says.

Yiftach’s family too had no background in coding and computer programming, An Israeli, Yiftach is based out of Tel Aviv, with a family steeped in agriculture.

“My parents and family were one of the early founders of Israel. We lived in a kibbutz, a collective community, which was typically socialist. Everyone would contribute to the collective treasury to help build the nation. My only background to any form of science was through my father, who was a mathematician,” he says.

It was in the early 80s when Yiftach was just 14 that he built a game similar to Tetris on the Commodore 64, an 8-bit home computer, at a time of BASIC programming.

It was also during this time that he helped a local library build an online presence, and a BASIC version of Excel even before Windows, which was used by a local finance company.

Even though Yiftach loved coding and programming, like any young Israeli, he joined the Israeli Defence Force.

“Israel is always known for its great intelligence service. While I had the option and choice to join them, I chose to be a fighter and join one of the elite fighting units in the defence force,” he explains. Yiftach was also the Senior Software developer for the Israeli Ministry of Defence.

“One of the best things about the Israeli Defence Force is that it is technologically advanced. Everyone is encouraged to understand technology and learn everything there is to it. You can look at the intelligence service of Israel as a great faculty for Computer Science, where everyone learns how to program and understand the network better,” he says.

From 1987 to 1991, Yiftach served in the army, after which he decided to get back to studying computers.

He went to pursue a master’s in Mathematics and Computer Science from the Tel Aviv University, where he continued his programming and coding journey.

While he was still studying, he joined the ECI in 1993, which was working on building the broadband.

“The internet was new and special, and building a broadband, which later converted to the ADSL network, was exciting. We were working on the early dial-up modem system. Needless to say, it wasn’t great, but soon, it was moved to a VDSL network, which is used even today by many broadband providers,” says Yiftach.

He soon realised that network wasn’t the only bottleneck. “After you open the speed of the network, there are other bottlenecks. We saw that while we had 6 MB of bandwidth, we had a download speed of only 300 KB. These seem minuscule today but in the 90s, it meant big numbers,” he explains.

Digging deeper, he observed some bottlenecks in the data centre. But ECI wasn’t a data centre company; it was a networking player. So, in 2002, Yiftach founded Crescendo Networks.

At Crescendo, Yiftach worked to build load balancers, that act as a reverse proxy to distribute network traffic across different servers. These are generally used to increase the capacity and reliability of a network or applications.

“We realised there wasn’t a specific button in the data centre that could help increase the network capacity. So, we worked on building load balancers,” he says.

In 2008, Crescendo was acquired by American technology company F5, and Yiftach went on to found ViConsole, a cloud computing consulting firm.

While on the board of Crescendo, Yiftach met Ofer Bengal, another board member. The two were in touch during Yiftach’s time at ViConsole, and started working together.

“It was the early days of Redis; no one knew what Redis was and there was another caching system in the market Memcached, which is popular even today. However, there were a few limitations — you lose data when a node fails, and we wanted to build something reliable, and found out about Redis,” says Yiftach.

In the aftermath of 2008’s global financial crisis, it wasn’t possible to hire too many sales people. It was then that the duo discovered the cloud.

Yiftach recalls, “We thought maybe cloud was the way forward. This was again the early days of the cloud systems that limited and restricted your usage to be basic launch instances. I think we were number two after Amazon [AWS] to work on database as a service on the cloud. We started with Memcached... And soon, people started asking us why not provide Redis?”

Hence, the duo began working on the Redis interface and soon, 95 percent of the users started using Redis. In 2011, Yiftach and Ofer co-founded Redis Labs, and the team began contributing a lot of code to the open-source.

“In 2016, we decided to team up with Salvatore Sanfilippo [the original developer of Redis], who realised that managing an open-source project for so many users is very odd and the team at Redis Labs really helped him,” says Yiftach.

Today, Redis is downloaded six million times a day. Redis Labs is based out of Mountain View, California, with its global research and development centre in Tel Aviv. Additionally, Redis Labs has offices in Bengaluru, London, and Austin, Texas.

At present, Redis Labs serves more than 7,500 customers. Some of its marquee clients include Mastercard, Dell Technologies, Fiserv, The Home Depot, Microsoft, Costco, Gap, and Groupon. In India, Redis Labs works with companies including Freshworks, Hike, Matrimony.com, Razorpay, and Swiggy, among others.

The team believes that 10 years from now, all real-time use cases will serve from Redis, including artificial intelligence (AI).

According to Yiftach, it is easier to become a programmer and coder today.

He says, “Everyone wants to code today. When I was a teenager, no one knew what coding or programming was and nobody even thought there was a career opportunity. Today, it is much easier to start. But I have also come to realise that many find it difficult to understand core systems. We deal with every aspect of computer science at Redis Labs. We work closer to machine programming and focus on all aspects of network access, and when I speak to many developers, I realise they don’t even know completely about one suite.”

“If you want to be an influencer, you need to understand the entire stack. It is going deep and wide at the same time. It isn’t about just consuming other people’s services or software but understanding the basic ingredients,” he adds.

Yiftach explains that his three distinct backgrounds — agriculture, armed forces, and coding — proved to be a big advantage.

“It helps me look at things from different perspectives and solve problems differently. And that holds true for anyone,” he says.

While hiring a techie, Yiftach tries to understand their ambition and see how they answer questions they weren’t prepared for.

“Do they get under pressure, do they lie, are they honest enough to say when they don’t know something, are their ambitions monetary or beyond that? Everyone is driven by personal interest. But that shouldn’t just be driven by how much money I have in the bank. Techies have the power to influence the world around them. They should ask how they can build new things that nobody has thought of. There always is another company that can offer someone more money,” he says.

[Techie Tuesday] The journey of WazirX’s Nischal Shetty: from social media and foodtech to bitcoin

On his learnings from being a serial entrepreneur, Yiftach believes that sometimes, it is a good thing if people don’t understand what you are doing. Advising all tech entrepreneurs, Yiftach says,

“It means there is little known about the space, and you can truly build something. When we started and said ‘cloud’, nobody understood it. When we said ‘databases’ and ‘open-source’, people were again confused and didn’t know they could do businesses like this,” he adds.

As a founder, Yiftach says one needs to be able to get involved in every single aspect of a company. “You should understand business and technology more than anyone else. While you do hire people to help scale the business and let them do their jobs, you need to have a strong grip and understanding of your business,” he explains.

He adds that he looks for people who think big and are looking to do something different in the world.

Yiftach has a simple advice for everyone, especially techies — “Don’t be afraid to think big. See how you can implement your dreams. But also, be realistic. It is important to take pace, and even reinitiate dreams. We all know about the famous about successful people, but there are many who didn’t succeed, and there are many reasons for that. So, dream big but be realistic.”