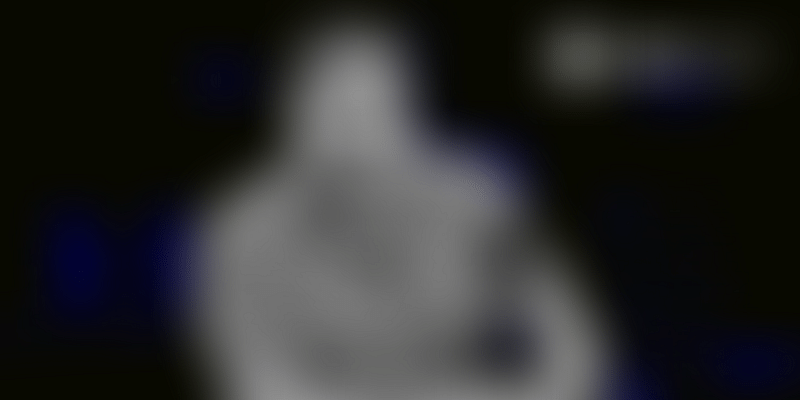 Could his last name have foretold his career choice? Ajay Data thinks so. “It is my family name. I guess it was destiny that I work in data,” he says.

Ajay, who went on to found Jaipur-based Data XGen Technologies, is famously known for the creation of Datamail, one of the world’s first linguistic email address mobile apps for Internationalised Domain Names (IDN) that helps people communicate in 34 languages.

Recently, after Prime Minister Narendra Modi’s clarion call for Aatmanirbhar Bharat, he also led the development of VideoMeet, a made-in-India videoconferencing app that can support up to 2,000 people in one session.

Ajay isn’t exactly the quintessential techie. In fact, he doesn’t even have a degree in engineering. Hailing from Khaitar, a viillage in Rajasthan, he studied in a government school. His family ran an edible oil business and the bullock carts used to transport oil would take the children to school.

His schooling until Class 12, in 1989, was in Hindi medium. “English was just for writing a few papers; it was like a third language that didn’t matter,” he says.

Recollecting his school days, Ajay says classes would sometimes be held under a tree, or in a godown. “My hometown didn’t even have TV; there just was only a radio. My mother pushed us to study hard and do something with our lives. That led me to Jaipur to study commerce,” Ajay says.

In the late 80s and early 90s, there was little knowledge of what courses one should opt for. “The form was in English, and I ended up joining up the Commerce College, University of Rajasthan,” he says.

On the first day of college, Ajay realised that the course would be taught in English. It was the first time he had attended a class in English, and he failed to understand the lecture. “I had never conversed in English,” he recalls, adding that his mother advised him to join English speaking classes.

Ajay joined three different English classes to learn to speak the language and understand his course work. He went on to do an MBA in Computer Applications from Rajasthan University in 1992.

However, his love for computers began when he was studying commerce. “Once I got the hang of the course work, I realised it wasn’t much. I joined a computer institute and was hooked,” Ajay says.

His teacher at the computer institute egged him on to do more in computers. He soon topped the C++ class and did a post-diploma course in electronic data processing.

“The one thing I love about computers is logic. With logic, repeated tasks can be done in a faster and more efficient way. If you can build logic around something, computers can make everything faster and smoother,” he says.

Ajay went on to build different types of accounting software, daily expense sheets, and attendance management sheets. “Computers can bring in a logical flow to your imagination and give it life,” he says.

Always a part of the family business, which included ceramics and edible oils, Ajay believed technology could be a game-changer. The small shifts he saw in the sector during his college and doctorate days intrigued him.

The deal that changed it all

Ajay went on to start a business involving manufacturing and distribution of ceramics.

“It all changed in 1998 after I saw a Satyam Computers’ ad that you could become an internet services partner in Rajasthan if you had Rs 25 lakh and space. I was 25 years old and excited; the idea of internet intrigued me. I wanted to start so that I could bring the internet to everyone. After multiple rounds of discussions, I saw the agreement; it was for a distributorship,” he says.

Ajay was keen on a partnership, not a distribution service, but the team wasn’t.

“When I spoke to the concerned person again, he said this was a business of technology, not edible oils. That statement pinched, but I knew there were no barriers or boundaries to do a technology business. I went around the country after that to understand what was happening and knew I would start a technology business.”

In 1999, when the world of internet started opening up, Ajay grabbed the opportunity to start Data Infosys, an internet service provider (ISP) company.

“The internet gives you the ability to shatter boundaries and the power to do anything. In 1999, we were getting into a business that didn’t exist. There was no guidance or mentorship, and no access to Google. You had to learn everything the old-fashioned way, by reading and talking to people. We were at the beginning of the internet and online journey; it was an uphill one,” he says.

A few years down the line, when the linguistic domain opportunity came along, it seemed too good to pass up. For the first few years, Ajay built email accounts for people in his village in Indic languages. Soon, the team realised that there was a need in different parts of the country and the world.

“English-speaking Indians are a small base. They have easy access to email and internet. But there are many who want to learn and understand the internet, and be able to connect and converse,” he says.

His “data” story, which began more than a decade ago, picked up pace in 2014. The government of India had just announced linguistic domain names in over 15 Indian languages. It seemed like a golden opportunity to Ajay, a businessman based out of Jaipur, and he wanted his brand and domain name in an Indian language.

“But how could we use this domain for an email address? We tried to configure the program on multiple platforms, but were unable to,” Ajay says.

Despite the push towards linguistic domains, the hosting position was still unclear and unavailable. This meant nobody could host these domains and get the required email ids.

“We thought why not get into a position to be able to create this and build an email hosting mechanism,” Ajay says. This thought kick-started the DataMail journey with his personal funds.

However, cracking the problem wasn’t easy; it was unchartered territory. Ajay and his team began to create a platform that could accept local languages in their mail headsets with a Unicode character set.

Ajay says English has close to 250 characters, but other languages have at least a million characters to unicode and work with. The current ASCI format supports only English.

“Going from 250 characters to a million or more is huge. Also, each English character has only one byte of data; in other languages, each character has a byte size ranging from one to four. Everything changes. There are multiple layers and levels of complications, restrictions, and things to work around,” he says.

The team began work in 2014 , and it took two years to crack the technology. “In October 2016, we announced that we had found the formula to create an address in different languages,” Ajay says.

Ajay, the Co-chair of ICANN Neo Brahmi, received the Graham Bell Award for his innovation.

His work may have won him laurels, but Ajay believes there is still a long way to go before we reach linguistic digitisation. He says the three main challenges are illiteracy, economics, and data connectivity and cost.

Additionally, most content available online as of now is in English. “Over 75 percent people in the country don’t know English; this means they aren’t online in any way,” he says.

[Techie Tuesday] Sanjeev Barnwal of Facebook-backed Meesho has one advice for coders: ‘get out and meet the customer’

By 2016, with the Indic language mail id problem solved, Ajay wanted to build a make-in-India video conferencing application. He thought of developing it as an contender to the Ministry of Electronics and IT’s “Made in India” Video Conferencing Challenge.

In March this year, he launched VideoMeet, a free and secure audio/video conferencing platform that can support up to 2,000 people in one session. The platform allows live streaming of webinars and conferences on YouTube and Facebook.

“Live Streaming is a popular and efficient tool for the promotion of webinars, and was integrated for our users. We are constantly improving our software. Our unique framework helps users regulate data consumption, unlike other virtual conferencing platforms,” Ajay says.

VideoMeet has already been used for lakhs of conferences and webinars. The platform promises complete data security and privacy to every user with its end-to-end encryption. Other unique features include screen recording, screen share, music share, flip cameras, chat during video calls, etc.

Ajay offers simple advice for all techies. “Work and build something that can give you an IP. Build something different and unique, and keep building on it. And strive for an IP.”

What does he look for while hiring techies? The attitude to learn and solve problems. He says anyone can pick up and learn skills, but your attitude towards solving a core problem is what makes you a techie.

“We need to think like Bharat, not India. How do we give the power of the internet to someone who doesn’t know English? How do we bring services like Amazon, Flipkart, Paytm, and Facebook in their languages? With technology, you have the power to change, transform, and solve anything. The key is how much effort you need and want to put in to bring in that change,” Ajay says.