With Video KYC set to become the norm, what can the industry expect? 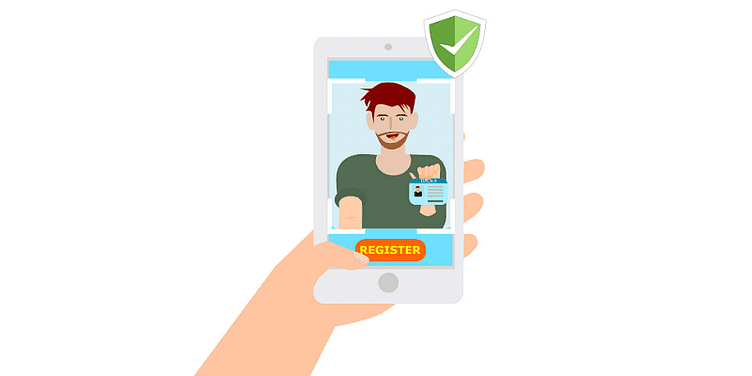 With widespread internet accessibility and WFH becoming the norm, Video KYC is gaining traction as the preferred mode of customer-vetting and onboarding while addressing all compliance issues.

If Jio had its way, everyone would be on the internet consuming significant volumes of data and content on their mobile devices. According to a Cable UK study, India has one of the lowest tariff rates in the world, as well as having the fastest-growing internet subscriber base in the world among major economies.

Every major investment thesis is predicated on the shifts in how business is conducted (or how businesses are migrating to online channels) – from loan sourcing, to investment advice, from primary education to the gig economy, from the purchase of products to service scheduling.

Hundreds of millions of Indians now have Internet access. However, the COVID situation has forced them to stay home, pushing the active user base to record numbers, in excess of 600 million.

If this situation continues, we believe that we might see significant changes in digital patterns of activity among Indian internet users, making solutions like Video KYC more accessible to wider sections of the population.

Some of the major challenges for businesses accompanying this trend lie in understanding how to balance these new developments with regulatory and compliance needs, especially in terms of customer vetting and onboarding, as well as offering digital native experiences for their customers.

One such manifestation, emerging from an almost divine RBI intervention, is how regulated entities/financial services institutions are embracing V-CIP (Virtual Customer Identification Process).

In January 2020, RBI issued a notification that allowed for Video KYC to be used as a valid KYC option. In March, however, the world was hit by the pandemic, which brought lending business to a near stand-still.

Business was down by up to 10 percent for many lenders in April/May, and many were revisiting their strategies and market facing approaches. And in such an environment, Video KYC/V-CIP might seem like an extremely intuitive work-around for breathing a new lease of life into lending.

Why is there a hype around Video KYC during pandemic?

Current KYC processes are fundamentally broken: false negatives, delays, and the need to obtain multiple documents and confirmations makes the process difficult for businesses and customers alike. Video KYC could alleviate the problem but current conventional approaches to Video KYC suffer from many of the same issues, resulting in a poor experience all around.

The current pandemic and lockdown situation have exacerbated the problem: physical KYC is simply no longer an option in many cases.

This is where Video KYC comes into the picture. It is an emerging innovation that is poised to transform the landscape of customer onboarding, security measures and largely how businesses are conducted.

How has been the adoption of Video KYC

Over the next several months, we expect to see a significant adoption of video-based processes in the regulated financial services space on the whole. Across industries, the impact of the pandemic and subsequent lockdowns has been significant.

The Indian economy is expected to contract by 5 percent this year. Early movers in the space have been able to leverage the product market fit and its quick adoption that now reflects in the growth of their respective businesses. We have seen a monthly growth rate of over 300 percent in Video KYC enabled activity since May.

Video KYC can play a major role in onboarding customers in remote areas as well as making the onboarding process easier and quicker for a fast-paced, younger urban demographic.

We believe the pandemic and subsequent consolidation in the space will lead to a broader shift towards digital onboarding as the default, wherein customers can get their information vetted live via a video call.

Adding to this, the role of AI and other technological capabilities like geo-tagging are making the segment even more secure. Video KYC solutions are onboarding twice as many rural customers as urban customers as the cost of accessing formal banking is higher in hinterland.

We believe that this presents a great opportunity for the businesses to rethink their video-driven customer engagement.

What is the future of digital onboarding in banks?

We strongly believe that video and voice are the future of customer engagement. VideoKYC++ is an independent customer engagement strategy problem in and of itself, though others often portray it as “module”y. The issue with the “module” approach -- of seeing it as optional -- is that businesses rarely invest in a top-tier video engagement (and Video KYC) experiences based on purpose-built infrastructure.

This results in many failure points -- poor user experience, lower completion, and lower conversion rates in customer funnels. Estimates indicate that the difference between best-in-class and average completion rates is as wide as 40-45 percent.

About 40 percent of Video KYC cancellations are due to a poor user experience. Standalone solutions, built from the ground up to seamlessly handle video and virtual and scanned documentation, benefit from completion rates as high as 85 percent, better user experiences, and a higher volume of sign-ups.

There is a continuous conversation in the tech community about “tech debt” and the current difference in Video KYC vendor performance is a great example of that.

A return to the normal, assisted by Video KYC

The pandemic has resulted in a significant short-term decline in origination volumes overall, as much as 50 percent according to a Transunion CIBIL study. Therein lies the opportunity window for innovation. We believe — and this is looking increasingly likely — that if the current situation continues in the medium/long-term, users and businesses alike will adapt to the new normal. As the economy gets back on its feet, key transactions need to take place and being 100 percent digital and video-led plays a vital role as an enabler.

We believe that after the current dip, the volume of traditional physical KYC transactions will outgrow the historical normal.

Video KYC will play a substantially greater role than before: people would prefer to get KYC done without a physical option, and Video KYC will take pole position.

Prior to the pandemic, we were already seeing a gradual transition towards Video KYC solutions. The greater convenience, flexibility and cost-effectiveness of going completely video-led meant that it would have, one way or another, become the format of choice for India’s next billion internet users. The pandemic and the lockdown have only accelerated this trend.

Rather than a gradual transition, we are instead seeing a major paradigm shift in the customer onboarding and vetting space taking place right in front of us. Video KYC was meant to be the future but circumstances have made it the present that is likely to accelerate efficiency and growth for all industries.