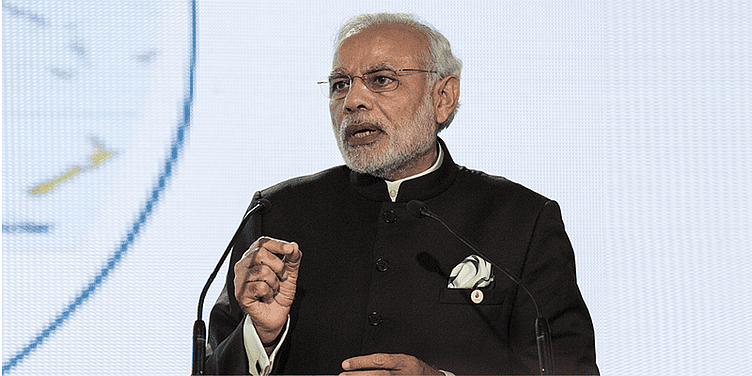 India, he said, was on track to meet its COP21 commitment of raising electricity generation from renewable energy sources to 175 gigawatts by 2022.

With the pandemic pummelling global demand, India will drive the energy consumption in the world, Prime Minister Narendra Modi said on Monday as he pitched for global oil and gas suppliers to adopt responsible pricing and move towards transparent and flexible markets.

Speaking at the 4th India Energy Forum by CERAWeek, he showcased his government's reforms in oil and gas exploration licensing policy and natural gas marketing as well as unveiled an ambitious plan to almost double refining capacity.

This while sticking to India's commitment to reduce carbon footprint, he said, adding the nation was on track to meet its target of generating 175 gigawatts of electricity from renewable energy sources such as solar and wind by 2022.

"The theme (of the conference) this year is relevant. It is - 'India's Energy Future in a world of change'. I can assure you India is full of energy. India's energy future is bright and secure," he said. "India's energy will energise the world."

The Prime Minister said 2020 has been a challenging year for the energy sector globally, with demand falling by almost one-third. Also, there were bouts of price instability and investment decisions were impacted.

"Leading global bodies project that there will be a contraction in global energy demand over the next few years also. But, these agencies project India to emerge as a leading energy consumer. India is set to nearly double its energy consumption over the long term," he said.

The Prime Minister, however, added that energy suppliers should adopt responsible pricing.

"For too long, the world has seen crude prices on a roller-coaster. We need to move towards responsible pricing. We have to work towards transparent and flexible markets for both oil and gas," he said.

Stating that there were many areas of vibrancy, PM Modi said India is the third-largest and the fastest-growing aviation market and domestic carriers are projected to double their fleet size to 1,200 by 2024.

"India believes that access to energy must be affordable and reliable," he said.

Even during the pandemic, investment flowed through the oil and gas value chain.

"Our energy sector will be growth-centric, industry-friendly, and environment conscious. That is why, India is among the most active nations in furthering renewable sources of energy," he said. "India is the most attractive emerging market for clean energy investment."

India, he said, was well on track to meet its commitment on carbon emissions.

"We had aimed to increase the renewable energy installed capacity by 175 GW by 2022. We have further extended this goal to 450 GW by 2030. India has one of the lowest carbon emissions than the rest of the industrialised world. Yet, we will continue to make efforts to fight climate change," he said.

On reforms in the energy sector, he said in February 2019 changes were made in oil and gas exploration and licensing policy to shift focus from revenue maximisation to raising production.

Also, increasing gas production to help achieve the goal of a gas-based economy was a priority, he said, adding greater marketing freedom was granted earlier this month.

"We plan to grow our refining capacities from about 250 to 400 million tonnes per annum by 2025" to sync fuel production with rising demand, he said.

The 'Aatmanirbhar Bharat' or self-reliant India campaign will be a force multiplier for the global economy, the Prime Minister said.

India's energy map will have seven key drivers — accelerating efforts to move towards a gas-based economy, cleaner use of fossil fuels particularly petroleum and coal, greater reliance on domestic sources to drive bio-fuels, achieving the renewables target of 450 GW by 2030, increasing the contribution of electricity to de-carbonise mobility, moving into emerging fuels including hydrogen and digital innovation across all the energy systems, he said.

"There will be continuity of these robust energy policies that have been in place over the last six years," Modi added.