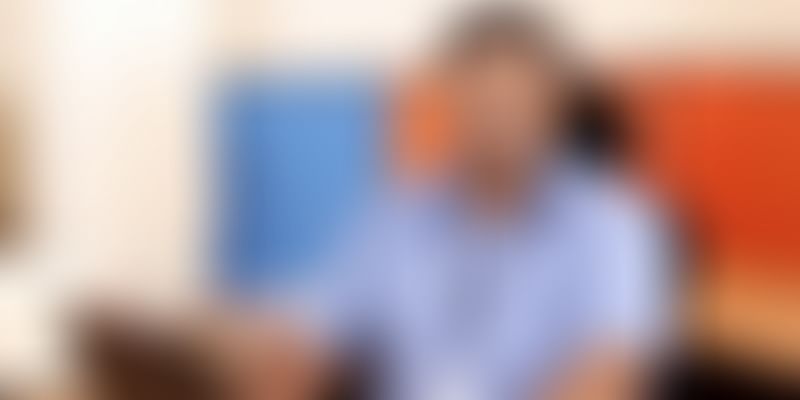 However, the automotive industry got hit by a recession in around 2013 and 2014, after which it became increasingly evident that the sector was on a decline. Karthik believes that it will see a further decline due to a combination of electric, autonomous and shared mobility options.

What intrigued him were the skills that the automotive industry brought to supply chain management, and he wondered where all they could be applied.

He added that the food sector is appealing because it is large, recession-proof and has a highly inelastic demand. Karthik explains that this demonstrates huge volatility in prices.

“To us, it seemed like a classic bullwhip that information is not flowing through the supply chain and material supply is therefore not matching what the market demands, which means there is a supply chain problem,” says Karthik.

The problems in food and agri industries

He adds that the food and agri industry has been around for as long as civilization has existed. But it has been organised in a certain way in India because of the way it works.

“Our average farm size is two-and-a-half acres, while an average farm size in the US is four hundred odd acres. We buy from 118 million landed farmers and another 120 million landless farmers, while the US buys from 20 lakh farmers. Similarly, on the front-end, we have six lakh settlements and we buy from 12 million retail outlets, while the US has about 20,000 settlements and probably buys from anywhere between 40,000-100,000 outlets,” says Karthik.

This implies fragmentation at both ends which necessitates multiple layers of aggregation, disaggregation and so on. Karthik adds that any good supply chain consists of three things: the flow of materials, information, and money. To improve the material flow, India started laying all-weather roads.

“National highways are important, but rural roads matter more. Better rural transport infrastructure means that we can access farms in large parts of India much easier, and the movement, as well as physical logistics predictability, has improved. For example, we’re now able to make predictions within 15 minutes in certain parts of where we operate. The second is the democratisation of communication, and the third is the digitisation of money. We felt that these three things were coming together which makes it possible to evaluate an alternative,” he explains.

The journey, however, hasn’t been straightforward. Karthik says they have learnt the difference between what the papers say and what is the ground reality.

While many consider middlemen as people earning huge profits and attribute them as the reason for the gap between the farmers and the consumer, the reality is not as simple.

“We realised that that’s not all true. There are middlemen and each middleman has multiple intermediaries. Thus, the losses cause this divide. And therefore, we realised that the problem is more complex than what people state, thus we had to choose our area of specialisation and that’s really what we’ve done,” says Karthik.

Also, the margin in this business is a little deceptive. Karthik says it looks very seductive when you say that I’m buying at Rs 8 at the farm and selling at Rs 14 giving a 48 percent gross margin.

“But a lot of the cost below the margin is inelastic, Rs 3 to Rs 3.50 is the standard trucking cost from Nasik to either Bengaluru or Chennai respectively. There’s not much you can compress on that. So if you genuinely want to build sustainable margins and be impact-focused, which is our mandate anyway, you have to go beyond that. We engage with the farmers at the seed stage itself, and bring in the right partners who provide the right seeds,” says Karthik.