Why every picture on Picxy stock images tells an Indian story 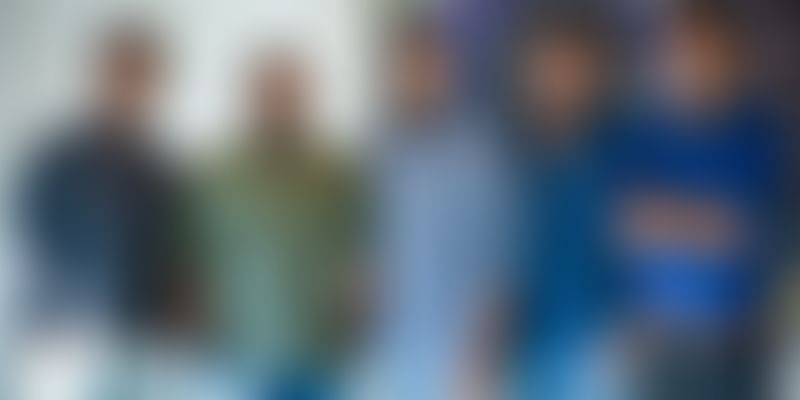 Picxy's exclusive stock photos portal houses pictures from India. While they filled a glaring gap in the market, how does the startup plan to sustain it?

How often have you rummaged through the internet for quality Indian stock photos, only to be disappointed with the results?

Jitendra Emmani turned this market gap into an opportunity by launching Picxy, a stock photo company that focuses solely on Indian images.

While pursuing his masters at the Northern Illinois University (NIU) in the US in 2015, Jitendra was working on his independent media portal, South Report, highlighting stories from South India.

This is when he noticed that Indian stock photos that could be used for representation were not always accurate and of good quality.

Realising the potential for a viable business, Jitendra floated the idea for Picxy to Vamsi Mannem, who was working with him on the South Report.

The two relocated to Hyderabad in September 2017 and onboarded Satish V Madala, who had previously built scalable systems for the government of Andhra Pradesh and in January 2018 founded Picxy.

The startup is also expanding in Bengaluru with hiring equally in both the places.

While Jitendra is in charge of product strategy, business development and investor relations, co-founders Vamsi and Satish handle technology and operations, respectively.

Picxy’s business is built on the marketplace model, where photographers and content creators upload the content, which is then curated by the team. Customers are able to access these images through both recurring subscription and value packs of three, five, and 10 images.

Like most businesses, Picxy also felt the impact of the COVID-19 pandemic. The startup had big plans for 2020, including the much sought after the Techstars Demo Day (scheduled for May), which was later switched to a virtual affair.

Despite the circumstances, Picxy shifted gears to double its supply of digital images in the last three months along with growing its community.

Today, the startup claims to have around 25,000 photographers in its platform and stock images of 1.1 million.

As freelance photographers looking for alternative sources of passive income are turning to stock content to earn a bit extra, Picxy is helping them by reducing the minimum payout from Rs 500 to Rs 100.

It also collaborated with GiveIndia to raise over $15 million for COVID-19 victims and healthcare workers.

“As a team, it gave us immense pleasure to be able to help the community in the toughest of the times,” adds Jitendra, who heads a 12-member team.

Prudhvi Choudhary, one of India’s top travel photographers, has come on board as Picxy’s Chief Photography Officer. He leads the photographer community and represents them on the board.

The company has also managed to secure more than one million stock photos, accessible as curated, well-arranged collections that suit the needs of its customers accordingly.

In the next year, the startup plans to increase its database to five million images through a community of 1,00,000 photographers, and also expand its offerings to stock videos and vectors.

Earlier this year, Picxy was one among 10 startups handpicked by Techstars Bangalore Accelerator for a structured three-month mentorship programme and an investment of $1,20,000 each.

During the same time, it raised an angel round of $1,20,000 from angel investors BYJU’S CPO Ranjith Radhakrishnan; Aakrit Vaish, CEO of Jio Haptik; Angellist India, and FirstCheque, among others.

Some of the known players in this sector are Shutterstock and Getty Images. However, these players only concentrate on content hot spots. Also, the images are often way too expensive for most Indian businesses to afford.

Picxy aims to make a breakthrough with its brand, enable users with a smooth user experience and convert them into loyal customers.

Jitendra feels that India is a very diverse country with visual references changing every 200 kms.

Picxy has an ambitious content vision for India, with 650 different categories spread across states, covering the length and breadth of the country, giving high relevance for Indian advertising and content.

And what better time than these aatmanirbhar days to showcase our glorious country?