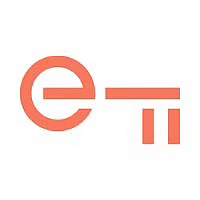 Breaking into entrepreneurship with EF 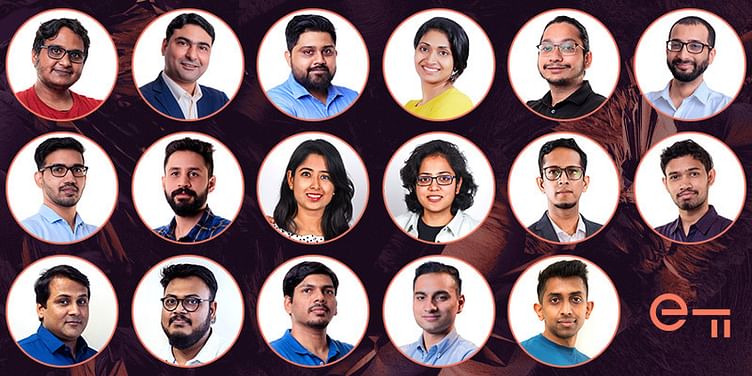 Indian startup founders and potential leaders often face challenges such as absence of like-minded people, funds and resources, among others, when starting a new venture. Entrepreneur First is bridging the deficit in this space and helping propel India's startup growth story

India is home to the second-largest startup ecosystem in the world and recent data shows that it has raised as much as $63 billion in growth capital between 2016 and 2020. This data by the Indian Private Equity and Venture Capital Association and Praxis Global Alliance also highlighted that with 27 new unicorns, the country is also home to the third-largest tech startup ecosystem in the world.

In fact, despite the global healthcare crisis, early-stage investments in Indian startups have grown significantly. Data from startup research firm Tracxn, as reported here, shows that $605 million were invested across 75 early-stage deals and about $126 million in 180 seed rounds during the September quarter.

These impressive statistics underscore the huge potential for tech startups in the country that can be tapped into with the right support,co-founders, sustainable business models, resources, funds, mentorship and a robust community. But getting access to these elements still poses a challenge for several potential startup founders.

Benagluru-based Entrepreneur First (EF) seeks to bridge this gap by investing its time and resources into aiding the world’s most talented and ambitious individuals, helping them find a co-founder, develop their ideas and start a company.

This entrepreneur maker has pioneered the model and having started nearly a decade ago in London, has now helped more than 2,000 people create over 300 companies, worth a combined $2 billion across six countries.

EF launched in India in January 2019 and in just 18 months, it has helped create and invested in 20 Indian startups and put them on their path to growth by providing them with the right skills and platforms, among other resources.

‘If you’re the smartest in the room, you are in the wrong room’

Having quit his job last year and exploring ideas to pursue in healthcare, MedPay Co-founder Arun Bhatia stumbled upon EF and began his research into the idea and fell in love with it. “I thought the worst-case scenario would be that I will end up learning a few things about business and will meet new people with similar interests. It was a no-brainer,” Arun says, adding that he knew he was in the right place when he joined EF because he felt so inexperienced among the cohort members. “If you're the smartest person in the room, you're in the wrong room.”

Part of the 3rd Bangalore cohort (BA3), Arun now looks back at this decision to be a life-changing one. He says EF made him learn the basics of business-building by actually building a business from scratch which he may not have learnt otherwise. His top learnings from the program are that chances of success are higher if one doubles down on strengths along with understanding the key role of a cofounder with complementary skills. His startup MedPay is building an AI-powered platform that gives insurance policy holders access to primary healthcare and the ability to process cashless claims in real-time.

‘Finding the right match helped in creating the idea of Vadoo’

As someone who “always had an entrepreneurial mindset” ﻿Vadoo﻿’s Co-founder Anil Matcha looked to solve real-world challenges, but the lack of an ideal co-founder and the right mentorship stopped him from jumping the ship to start a company.

But he found both, including reduced risks of financing, competition and positioning associated with building startups, during his cohort with EF right after he had left a comfortable job. Anil met his co-founder Ankur here who was looking to solve a “mammoth of a problem statement” around the wide gap in the current streaming quality capability and the growing need in tier-2 and tier-3 cities.

“Then I met him at EF, understood the magnitude of the problem and the market size. I previously had experience in building large-scale networking applications catering to a lot of concurrent users while working at Cisco and have developed AI solutions for mobiles while working in Samsung R&D labs which is currently deployed in 300+ million devices,” Anil said. They both set out to build a highly scalable hybrid P2P network supported by AI compression that can save bandwidth costs by up to 90 percent while reducing latency by up to 25 percent.

“EF constantly pushed to always have a call for action to not stagnate, helping you achieve significant traction in a short span of time and not let go of the opportunity cost.”

‘Incredible tech is not the same as a good market’

For BrainEnTech Neuroscience’s CEO Soumya Bhattacharjee, his initial period at the cohort was a lot about being scared in front of very qualified people right from data science leads, creators of investment AI for Goldman etc. “I was certain that I was the most under-qualified person in the room. I tried to enjoy the dinner, deciding that I wasn’t going to come back,” he says. During his stint at the cohort, he realised an important lesson that “incredible tech is not the same as a good market.”

He chose EF as he said “it created a science out of the vague art of entrepreneurship.” The set of peer-network helped him and many others during the course of this cohort. “We were always one or two contacts away from every big company in any field.”

His Bengaluru-based firm records the brain activity of humans and then trains an AI-based model to understand whether the human understood what they were trying to learn.

While entrepreneurship has no age boundaries, it’s prudent to think of an early start to your entrepreneurial journey. EF feels that several potential startup leaders may be held back by corporate and cultural convention. “They are encouraged to join prestigious corporates, or top academic institutions and make slow and steady progress. This puts an artificial limit on what they can achieve, and how fast. We exist to remove that limit. We offer these outlier individuals the opportunity to start a technology company and use their ambition to have a lasting, powerful impact,” it says on its website.

If you think you have a potential idea you have been toying with or even if you’re just highly driven to have vast impact with your skills without having a concrete idea , but need the right support mechanism to kick start your entrepreneurship story, EF’s Bangalore cohort must be your next target. With a two-part approach to its programme — Form and Launch — the cohort ends with showcasing your startup in front of the world’s best investors, after having secured some funding from EF itself.

It rolled out its first Indian cohort in 2019 that saw participation from 50 entrepreneurs who were chosen from about 900 applicants. The demand for its cohort has significantly risen, with the recent cohort receiving as many as 1,500 applications for 50 spots for the cohort. It now invites applications for its February 2021 cohort.

Hurry up and accelerate your entrepreneurial journey with Entrepreneur First.  Applications close November 30.