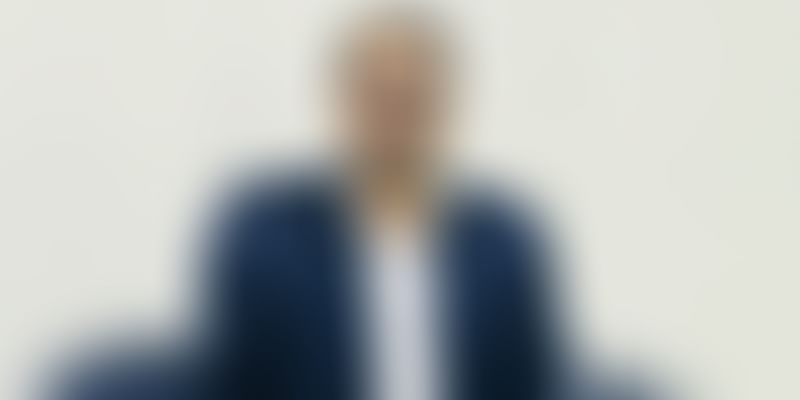 COVID-19 has posed big challenge for businesses, but it has also proved to be a time of great opportunity for many companies.

With social distancing and self-quarantine becoming the norm, the pandemic has also changed the way people shop. Buyers and sellers in the retail space are now looking for contactless solutions as they do not want to come in contact with others.

Mirrorsize, an AI company that offers a 3D body measurement tool with a laptop or smartphone camera, is making the most of the present situation.

From signing one deal a day and a handful of clients until last year, the US and India-based startup now has more than 50 customers across India, Pakistan, Middle East, Europe, the US, Canada, Singapore, Malaysia, Australia, and New Zealand.

Arup says the company’s revenue has grown by 300 percent in the last six months and it has turned cash flow positive.

“COVID has turned out to be an opportunity for Mirrorsize, which has fast forwarded digital implementation among various customers,” says Arup Chakraborty, CEO and Founder, Mirrorsize.

Despite the ongoing crisis, the bootstrapped startup is hiring across the globe, including India, the US, and Australia.

After witnessing many customers complaining about not finding the right fit while shopping online, Arup Chakraborty started Mirrorsize in December 2018. It is a New Jersey-registered company with a product development office in New Delhi, India.

Say bye to ill-fitting clothes with Mirrorsize, get AI to drape the outfit on you before purchase

Arup says, COVID has changed the mindset of people about the fact that digitisation is no more a choice, but a necessity. The consumers are now demanding contactless experience. “They don't want to try clothes before it is sanitised or washed,” he adds.

While the company has been signing deals and onboarding clients, Arup says the team has been adding new features and fine-tuning the product as well.

“In last 12 months, we have developed a product called the mesh and deformation, which enables brands to have hundreds of customisable points,” says Arup. He says, this technology was used by only one company earlier called Body Labs, which got acquired by Amazon.

Arup claims that Mirrorsize's patent-pending technology makes it the only company in the world that uses a combination of image processing and data analytics to display body measurements.

Not just this, according to Arup, Mirrorsize is the only company which can get the body measurement along with BMI.

Apart from apparel companies, more opportunities knocked its door this year owing to the technology. In March this year, a multi-million-dollar healthcare company, which is a leader in the diabetic segment, approached the startup to use its product for different use cases.

The company, which gauges the effect of medicines on people’s weight - if they are losing, gaining, going towards obesity, if their belly is growing, etc, wants to use MirrorSize’s technology to help consumers monitor their health and get some actionable insights.

From a small office at IIT Delhi to now a bigger space in Noida, Mirrorsize has strengthened its advisory board with the appointment of Sanjay Behl, former CEO of the Lifestyle Business at fashion and textile retailer Raymond. Before this, the startup also roped in Aniruddha Deshmukh, former CEO / MD of Mafatlal Industries and former President of Raymond.

Arup says Mirrorsize is one of the very few companies where interns have been promoted to become co-founders.

While there are 20 members in the team as of now, Arup did not share how many people the startup is looking to hire. He says that hiring is a continuous process at the startup, and that “we are always on the lookout for smart and young engineers”.

Mirrorsize is essentially a SaaS company, which charges fee on a subscription basis. It has three pricing models - small, medium, and enterprise.

“A small enterprise pays $120 a month for our licence, the medium costs around $600, and the enterprise pricing is on quote basis,” he tells.

After getting a lot of customers during the pandemic, Mirrorsize, which was planning to raise funding early this year, decided to push this plan as well. The company has turned cash-flow positive and is in the ‘green zone’ as it onboarded more clients.

“We will continue to strengthen the financial numbers so that we can go and hit the VC in the first quarter of 2021. By the end of this year, we will have a very solid VC deck, with a lot of logos to show the traction,” says Arup.

He adds that instead of multiple rounds, the company needs just one round of funding to the tune of $5 million, which will largely be used for sales and marketing.

Arup adds the company is generating decent cash, and even if the revenue comes to zero tomorrow, the company can last for at least 12 more months.

According to Arup, the only challenge the company faced was that some clients paused their subscription due to the pandemic, but new clients have kept the cash flowing into the company.

“Not only new-age companies are realising the value of the technology offered by Mirrorsize, but even the traditional companies, who were reluctant to use any technology, are also coming to us,” he adds.

According to a report by IBEF, the Indian ecommerce industry is expected to become the second largest in the world by 2034. The sector will grow at CAGR of 27 percent over 2019-24, with grocery and fashion/apparel likely to be the key growth drivers.

Arup says, if CXOs do not go digital-first then there is no chance for survival. “It is not that COVID-19 has brought this theory. Even before the pandemic, experts were saying that store business is history and can only co-exist with e-stores, because the consumers are moving online,” says Arup.

He believes that even after the pandemic, the need of digital-first is here to stay, and to cater to the demand, it will focus on sales and marketing to expand the business to other geographies like Australia.