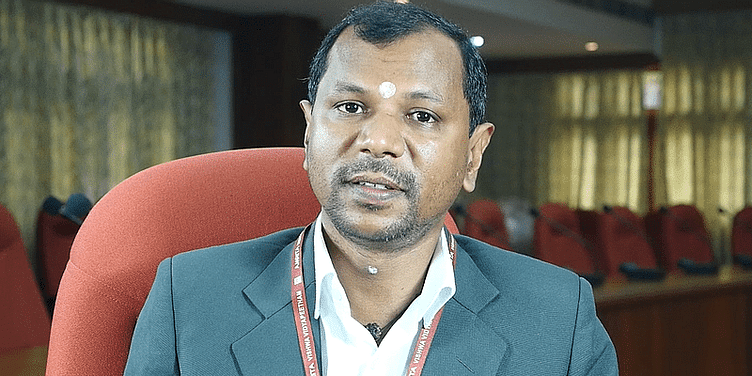 Megara Robotics has been chosen as part of Tech30 2020 for its focus on building robotics for agricultural, healthcare, and humanitarian applications.

India is one of the world’s largest producers of coconut. Traditionally, the process of coconut harvesting requires people taking a lot of risks to climb the coconut tree, which is nearly 15 meters high.

To solve this problem, Chennai-based Megara Robotics has created an AI and robotics-based coconut harvester called Amaran, which helps to harvest coconuts from the ground through a video feed.

Started in December 2019, the company has been chosen as part of Tech30 as it is helping reduce the need for human harvesters from risking their lives by climbing the tree.

According to Rajesh Kannan Megalingam, Founder, Megara Robotics, the high risk work has refrained people to continue with their traditional tree-climbing profession, resulting in lack of manpower to harvest coconuts.

Son of a farmer, this entrepreneur launched a coconut products company to bring stability to farmers

Amaran is an unmanned robotic coconut tree climber and harvester, which allows harvesters to use a live video stream and select the stem of the bunch to be cut with a mouse click, and a robot picks the coconuts. This way, humans do not have to climb the tree.

“Amaran has six robotic arms that can move around the climber for harvesting the coconuts anywhere on the treetop. It has a mouse click method that is used to select the coconut bunch to be cut. From the live video stream, the operator can select the stem of the bunch to be cut with a mouse click. The IoT system in Amaran helps to get the tree characteristics and system parameters,” explains Rajesh.

From research to starting up

Dr Rajesh Kannan Megalingam is also the Director of a research lab Humanitarian Technology Labs (HuT Labs) in the ECE department of Amrita School of Engineering, Amrita Vishwa Vidyapeetham University, where he earned his master’s and PhD.

Rajesh got the idea to start up when he was doing his research on unmanned robotics in 2014, and the idea took shape into creating an unmanned aerial coconut harvester. “We took about 12 prototypes to reach a stable and commercial version of Amaran,” says Rajesh.

Rajesh has published more than 80 research papers at various international conferences, journals, and book chapters, and has four patents for his credits.

In terms of revenues, Rajesh says that since Amaran has a patented technology in the US as well as India, Megara will make money by selling or renting Amaran directly to the coconut tree owners.

Rajesh says that Megara has not sold any machines yet, but about 15 farmers are using the coconut harvester on a trial basis. The machine will cost anywhere around Rs 5 lakh to Rs 10 lakh.

Speaking about competition, Rajesh says that similar coconut harvesting models are not available in the market, and the existing mechanical models have limitations and risks as they involve a person climbing along with the climber or go on the treetop eventually.

“There is the risk of the person getting stuck at the treetop or falling down if the machine fails,” he adds.

Rajesh started Megara formally in December 2019, which is being incubated in the Amrita TBI, Amrita School of Engineering, Amrita Vishwa Vidyapeetham University, Kollam.

So far it has raised Rs 35 lakh funding, and has seven team members along with the university’s chancellor Mata Amritanandamayi Devi as his mentor.

In terms of capital, Rajesh says that Megara is looking for investments from various sources, including startup grants, competitions, crowdfunding, and angel funding, amongst others to scale Amaran’s production.

For the next 12-18 months, Rajesh says he plans to focus on making Amaran a commercial product and help harvesters to use it.