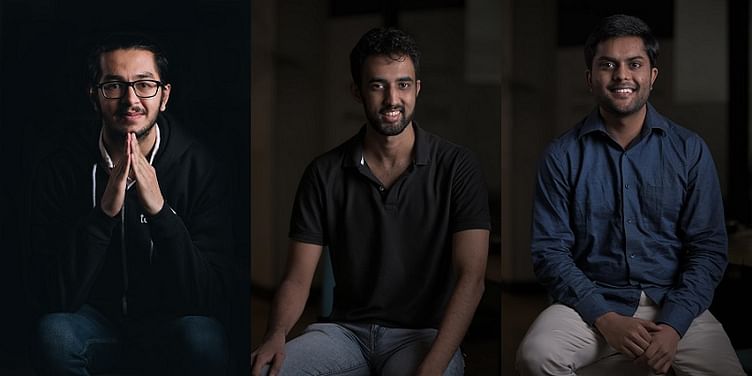 Over the last five years, video consumption has significantly increased. Consumers now prefer to get information in the form of video than to have to read text. The COVID-19 pandemic has also seen record levels of engagement and a shift in consumer behaviour.

Typically, if the consumption expectations change, video creation should also become simple. However, this is not always the case, especially when it comes to creating professional videos.

This was the reason Ashray Malhotra joined hands with his friends Shivam Mangla and Nisheeth Lahoti to develop ﻿Rephrase.ai﻿ in 2018. The SaaS startup, which has been selected as a part of YourStory’s Tech30 cohort, is simplifying video creation and helping companies create personalised videos.

“Companies use the same tools and processes for video creation as they did five years ago. But that pipeline was built for an era when extremely low volume of video content was expected and does not scale up for today’s demands,” says Ashray, an IIT Bombay graduate.

Ashray says Rephrase.ai was launched with the aim to use generative AI breakthroughs to help scale enterprise video creation and eliminate all professional video shoots.

The startup raised $1.5 million in seed funding led by Lightspeed Venture Partners and AV8 Ventures in September this year.

“Our primary product is a sales personalisation platform. The platform lets the user pick a model, choose a voice, and creates videos out of any given text of choice. Typically, the user writes a script with variables, and they can then upload a CSV file with name, email address, and other variables. We can then create millions of personalised videos with values of the merge tags uploaded from the CSV files,” says Ashray.

The core principle behind its AI video platform is a facial reenactment technology, which predicts lip movements, facial expressions, and head movements. Its generative AI algorithms automate everything that happens from script to video. This helps companies do personalised sales and marketing, increase NPS scores by increasing customer satisfaction, etc. With a different version of its product, the team has also helped companies create content videos, learning, and edtech videos.

Primarily a B2B SaaS startup, Rephrase.ai follows the SaaS/Software licence model where it charges customers based on the number of emails sent or on the duration of videos created within a minimum subscription every month.

In the last three years, the Rephrase team has generated around Rs 25 lakh to Rs 1 crore revenue annually.

Rephrase is seeing growth at a time when many industries are looking for automated and scalable video solutions to business functions, especially sales and marketing.

The coronavirus pandemic has also put traditional video production on hold, with no clear end in sight, and in-person meetings have become challenging.

A report by IBEF says that the online video market in India is estimated to reach $4 billion by 2025, with subscription services contributing more than $ 1.5 billion.

According to the founders, startups like Rephrase.ai are seeing more demand in terms of automated video creation as creating videos in person becomes stressful and difficult during COVID-19 owing to safety and precautions. Rephrase competes with video-powered startups like ﻿Rocketium﻿ and ﻿InVideo﻿.

Ashray says, “Videos are going to become a default mode of communication and there will be an expectation on AI to do the heavy lifting from tech to video. Hence, in the future, our video consumption diet will compose of real recorded videos and synthetically generated videos.”

For the last six months, the team claims to have been building a generic video creation platform. The platform has been used to create edtech content and explainer videos among other things. Recently, the startup also shifted its focus to doubling down on the personalised video creation at scale.

“We believe creating millions of personalised videos brings the best of video and text world. We have run some campaigns to validate this to help customers double their CTR,” says Ashray.

The startup claims to have created a waitlist of over 500 businesses, and is going to scale up its beta programme in November this year.

The team aims to reimagine how it can communicate to better match its visual culture. The company’s vision also includes transforming the production of feature-length films in the entertainment industry.