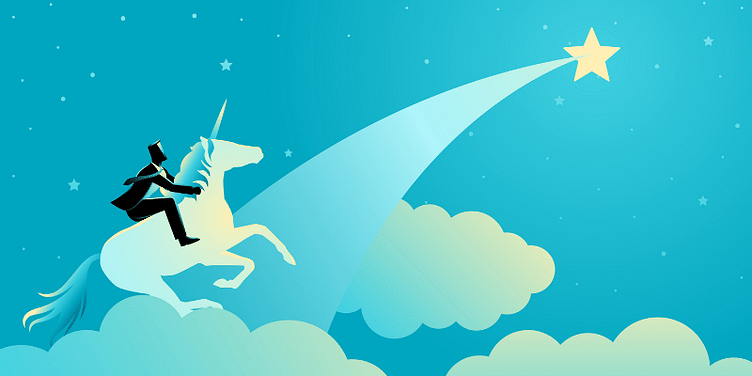 Over 250 unicorns have been added in the last two years, with a majority of those in fintech and AI. India's unicorn count stands at 25 now.

The world's unicorn population has now crossed 500, their count doubling in two years riding on increased digitisation in countries and a flurry of investments.

This feat was achieved last week when US-Israel cybersecurity startup Forter became the 500th unicorn. The unicorn count now stands at 504, with a cumulative valuation of $1,592 billion, according to global market research firm CB Insights.

The US leads with 242 unicorns; China is second at 119; India and the UK are third and fourth with 25 and 24 unicorns, respectively. Germany, South Korea, Israel, Brazil, France, Indonesia, and Japan are the other top unicorn-nations of the world.

﻿Paytm﻿ and ﻿BYJU'S﻿are the only two Indian unicorns to feature in the top 20. Paytm ($16 billion valuation) is ranked ninth, while BYJU'S ($12 billion) comes in at 19th.

Latest to join India's unicorn club is used cars platform ﻿Cars24﻿. Prior to that, in September, ﻿Unacademy﻿ (now valued at $2 billion) also joined the billion-dollar club.

ByteDance continues to be the world's most valuable unicorn ($140 billion) despite the troubles that have taken over TikTok, its most recognised product. The Chinese firm is also the only hectocorn (startups valued at over $100 billion) on the list.

As many as 89 startups, many of which operate in the ecommerce and healthcare sectors, gained unicorn status this year despite earlier concerns that the pandemic would negatively impact fundraising.

It took four years for the world to reach 250 unicorns, while the last 250 have come in half that time.

"The pace was expedited by institutional investors and other parties making bigger bets as low interest rates made startups and their potential high gains more attractive," CB Insights added.