Microsoft Xbox Series X: Will it win against Sony's Playstation 5? 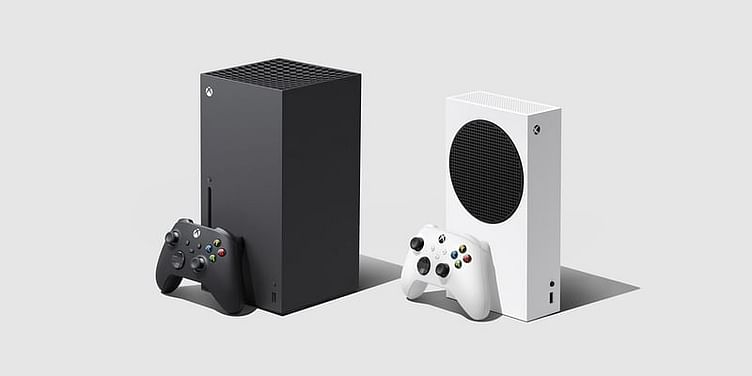 Microsoft is all set to launch its next-generation gaming consoles – Xbox Series X and Series S — after seven years of the previous version.

These next-generation consoles have been designed to be backward compatible, so gamers can play four generations of games on it. Further, with an Xbox Game Pass, a subscription service by Microsoft, gamers will be able to play over 100 games.

Priced at Rs 49,990, Xbox Series X is expected to offer a richer and more dynamic gameplay with faster load times and higher frame rates. The company dubs the Series X as the “world’s most powerful console”. The Series S — an all digital console — is priced a bit lower at Rs 34,990.

Microsoft will be launching the latest series in a virtual event on November 11, at 12:30 AM IST. During the livestream, the company is also expected to announce next-generation games, including Gears Tactics, Gears 5, Destiny 2, Forza Horizon 4, Watch Dogs: Legion, Tetris Effect Connected, Assassin’s Creed Valhalla, Yakuza: Like a Dragon, The Falconeer, Grounded, The Medium, Dirt5, Halo MCC, Bright Memory, and Scarlet Nexus.

This will be the first time Microsoft will launching its gaming console globally on the same day and the company said it has seen the highest preorders for Xbox consoles across various markets.

Had enough of mobile games? Here are 5 video gaming consoles perfect for your lockdown leisure

This is not the only development for gamers in India. Sony's PlayStation 5 is too arriving this week, and will be available starting at Rs 49,990 for the regular model and Rs 39,990 for the Digital Edition after November 19 in India.

The Xbox Series S also runs on the same power but the octa-core Zen 2-based CPU is paired by 10GB of GDDR6 RAM.

The Xbox Series S uses a custom RDNA 2 GPU as well, but with a 4 teraFLOPS output and is clocked at 1.5GHz.