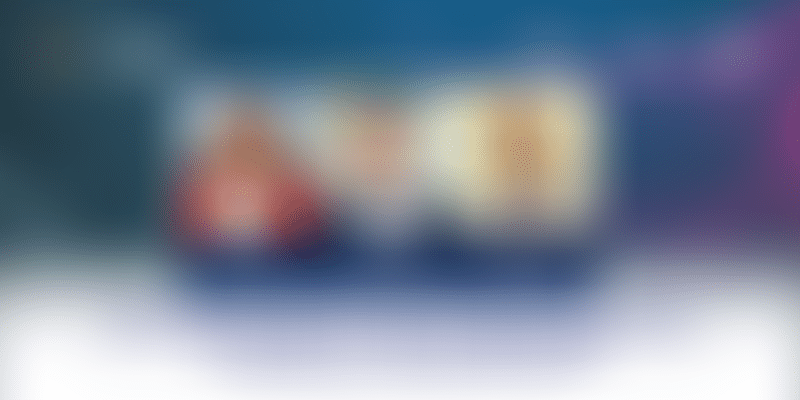 At a panel discussion at Bengaluru Tech Summit 2020, industry leaders and startups discussed why the Netherlands is a great option for Indian startups looking to expand into the international market, and what The Hague has to offer.

“Holland is not a bad place to take your business. Everyone speaks English, we have the faster internet in the EU, we also have the highest density of Indian restaurants in the city,” said Gert Heijkoop, Consul-General of the Netherlands, Bengaluru, as he began the panel discussion with Saskia Bruines, Deputy Mayor of the Hague and Anesh Kisoen, International Business Advisor, The Hague Business Agency at Bengaluru Tech Summit 2020 (BTS2020) on Thursday.

The discussion focused on The Hague Business Agency — which provides services to entrepreneurs, international companies, and NGOs that wish to establish, relocate, and expand their business to The Hague in the Netherlands. The Hague Business Agency has developed a digital platform — The Digital Softlanding — where they can guide, groom, and prepare Indian startups and scale-ups for their European expansion.

“Today, cybersecurity is a necessity and has become an integral part of our city,” said Ms. Saskia as she spoke about the Hague Security Delta (HSD), a network of about 300 partners from government agencies, research institutes, and a lot of businesses who work together on security challenges. “Especially in difficult times like these, we need to push for innovation for a sustainable economy. Our aim is to bring people together who are committed to sustainable development goals.”

Welcoming Indian startups to The Hague, she said, “You can sharpen your wits, enjoy the beach, and build a large network of international contacts.”

Anesh Kisoen spoke about the objective of The Hague and the focus areas of the Digital Softlanding programme, which are as follows: impactful society, AI, smart cities, agritech, cyber, and healthtech. “We believe we must find new ways to keep the exchange of startups between India and The Hague going strong in this time, where we have restrictions to travel and explore our ecosystem,” he said.

The Digital Softlanding programme is meant for Indian tech startups and scale-ups who are creating a global impact with technology and looking to expand in Europe. It has developed a four-step full digital process for startups and scale-ups to explore, adjust, connect, and integrate within the Netherlands ecosystem at The Hague. It is looking for 50 Indian startups for their pilot in December.

Healthcare industry is waiting to be disrupted by internet and technology, say experts at Bengaluru Tech Summit 2020

Avinash Kulkarni, Chief Sales Officer, Kaizen Secure Voiz — a technology startup that works with voice biometrics or voice authentication — shared his experience of The Hague in the panel. Before travelling to the Netherlands last year, he mapped out the market relevance of their product, the partner ecosystem, potential customers, and so on. While in The Hague, it got support in the form of a workspace, global visibility through events, access to customers and partners, and more.

He shared his learnings from his 40-day stay in the country. “Social media works perfectly in the Netherlands if you’re looking to network. Also, it’s impressive that the Dutch think about the environment, so talk about your technology being pro-planet in order to appeal to your customers there,” said Avinash.

He added that The Hague has the finest startup ecosystem with zero red-tape, zero corruption, and offers a healthy environment, where your ideas are respected and your failures are accepted.

Akanksha Sharma, Senior Policy Advisor for Innovation, Consulate General of the Netherlands in Bengaluru, moderated the panel where Indian startups reflected on the experience of setting up in the Netherlands and entrepreneurship platforms in the country talked about their programmes.

“More importantly, we wanted to be in a mature and supportive startup ecosystem that has an accelerator, capital, talent, and where English is easily understood. The feeling we got from InnovationQuarter was that they really care about our startup, and that sealed the deal for us,” said Gaurav.

Gerrit Jan van't Veen, Co-founder, WorldStartup, spoke about what distinguishes the Netherlands from its neighbours. "It's quite an open culture, so it’s easy to approach people." He added since it’s a small country, they have a lot of international connections through trading.

Ravleen Pal, Deputy Head of Economic Section, Embassy of The Netherlands in New Delhi, said that the Netherlands sees India as an important partner, and they are keen to foster a relationship with startups. She added that the Dutch Embassy in India offers several routes that startups can avail to get to the Netherlands. "We enable market expansion for both countries, help facilitate startup visas, guide you through taxation policies, help you navigate the market, and so on,” said Ravleen.

Stef Prinsen, Account Manager, InnovationQuarter, spoke about their role in helping companies find ways to raise funds. “We do it mostly for companies that are already in the Netherlands,” he said.

Sarvesh Poddar, Business Relations - North and West Europe, SUSTANIX, said that it’s really important while choosing your facilitator in the Netherlands that both your business goals are in alignment.

"We've had a fantastic partnership with WorldStartup. They've helped us get our first BV (a private company with limited liability; in Dutch), and helped us to enter the Dutch market easily,” he said.